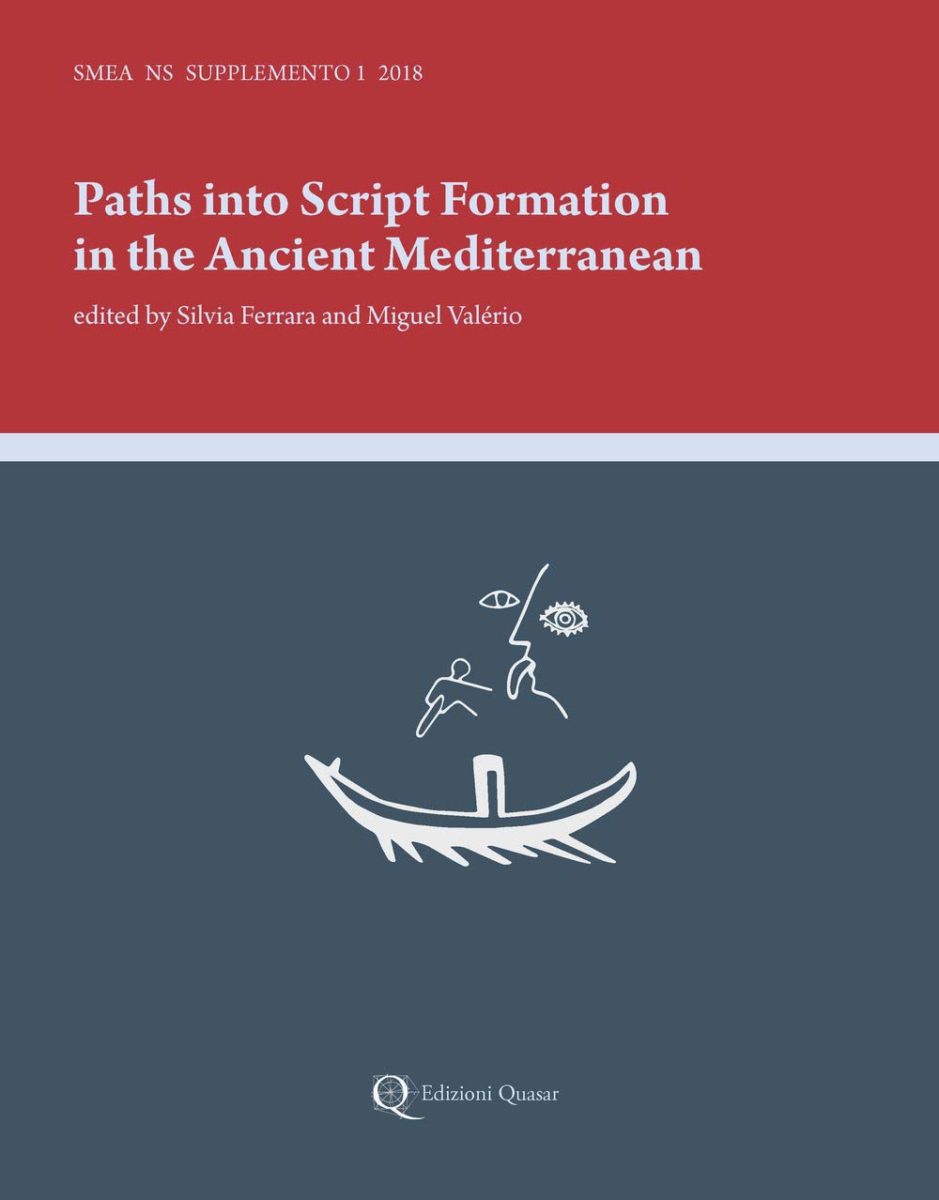 Paths into Script Formation in the Ancient Mediterranean

Here is how it starts: All beginnings are arbitrary, often mysterious, at times accidental. For archaeologists, historians, and epigraphists, it is difficult, if not impossible, to know exactly when a point in a process becomes the beginning of something. Nowhere is this more acutely felt that in the inception of writing. We cannot, no matter how much data at our disposal, stare at the first written sign, at the first inscribed text, at the first painted word. We are at the mercy of whatever remains for posterity, left to handle physical vestiges selected at random by what one of our authors has described the “chronophage”. Time has slowly eroded the opportunity to reconstruct the tangible inception of writing.

This is where paths become important. At what point does the intention to create something declare itself, if the beginning is arbitrary? At what point does the accident become a prospect? At what moment is opportunity seized and longevity ensured? And who is responsible for such trajectories? The questions that underpin the many paths and creations of writing, the quest for pre-conditions that enable such creations, the contexts that determine birth and transmission, efficiency and permanence are the scope of this book.

Within this framework, the volume aims to throw light on the two different faces of the creation of writing – invention and adaptation – and on the multidimensional nature of such processes. These concepts are not simple, as they interface with other realms surrounding writing, such as the social and cultural contexts of local groups, their intentions in putting writing to use, the selections of sign shapes for a newly invented or newly adapted script, and its relation to iconography and language. All this brings to light different perceptions of what writing may signify for a group of individuals, the different ideological uses (and re-uses) of signs or symbols, and the claims to social differentiations underlying script creations or adaptations.

From the Preface: “By focusing on the scripts that appeared in the Aegean and the eastern Mediterranean at the beginning of the second millennium BC, this volume is intended to counteract the dearth of studies on this region compared to the many discussions available of the same topic for the ancient Near East. Equally striking is the absence, in the same context, of a cross-cultural approach aimed at identifying similar processes leading to the same results in different parts of the world. The broad comparative framework and multi-regional perspective adopted in the volume as a whole are fundamental for shedding light on how and why writing appears in the Mediterranean environment, and for identifying variables, similarities and differences in local developments. From detailed accounts of specific Mediterranean contexts, to re-considerations of the chronology of significant collections of materials, to the cultural history of the use of writing in different parts of the world, Paths into Script Formation in the Ancient Mediterranean succeeds in clarifying the origins, contexts and internal processes of the development of writing under different circumstances.”