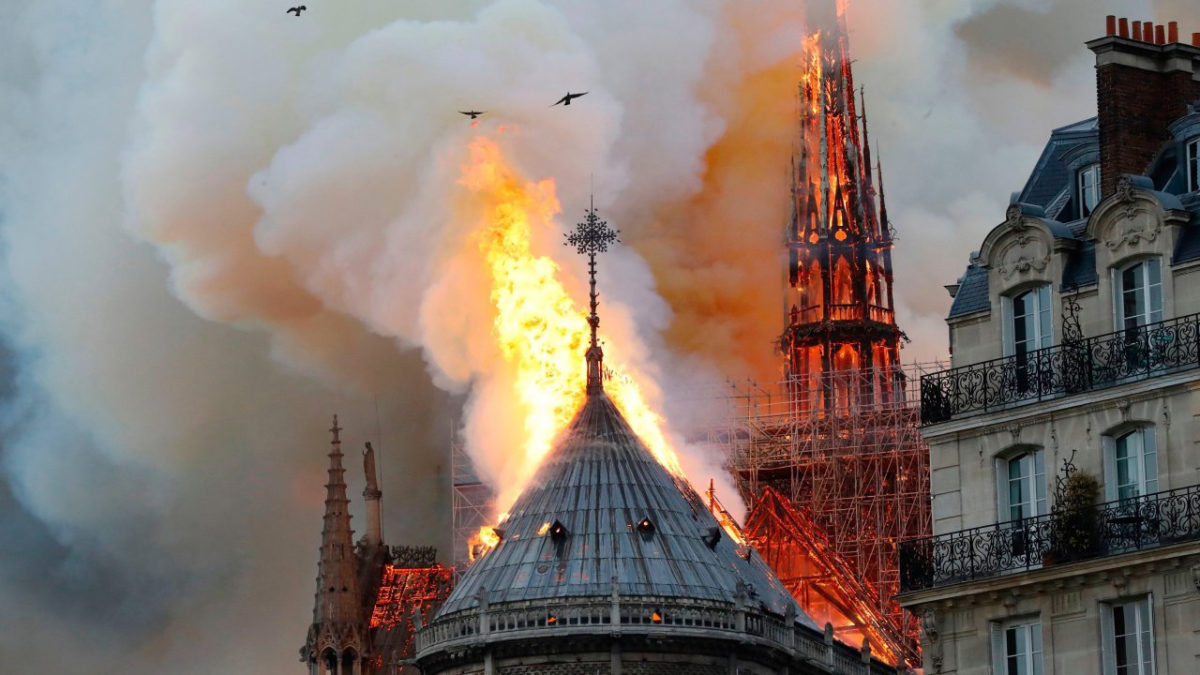 Firefighters managed to bring the fire that partially destroyed Notre Dame Cathedral under control in the early hours of Tuesday morning, almost nine hours after it started.

However, officials said it should take several days to completely extinguish the fire.

According to the police, the fire began accidentally and could be linked to building work at the cathedral.

While hundreds of firefighters battled for hours thousands of Parisians watched in horror from behind police cordons as flames devastated the 850-year-old gothic masterpiece.

French president, Emmanuel Macron said the “worst had been avoided” and vowed to rebuild the medieval cathedral of Notre-Dame: “We’ll rebuild this cathedral all together and it’s undoubtedly part of the French destiny and the project we’ll have for the coming years,” said Mr Macron. “That’s what the French expect [and] because it’s what our history deserves,” he added, visibly emotional, calling it a “terrible tragedy”.

The French charity Fondation du Patrimoine is launching an international appeal for funds for the cathedral, a Unesco World Heritage site.

The landmark’s spire and roof collapsed but its rectangular bell towers and structure of the building have been saved.

One firefighter was severely injured but no other casualties were reported.

Thanks to emergency teams valuable artwork and religious items were rescued. Among them the alleged crown of thorns worn by Jesus before his crucifixion and a tunic, which King Louis IX is said to have worn when he brought the crown of thorns to Paris.

“We had a chain of solidarity, especially in saving the works of art… [They] were able to be saved and put in a safe place,” said Paris Mayor Anne Hidalgo. “This is a tragedy for the whole world… Notre-Dame is the entire history of Paris.”