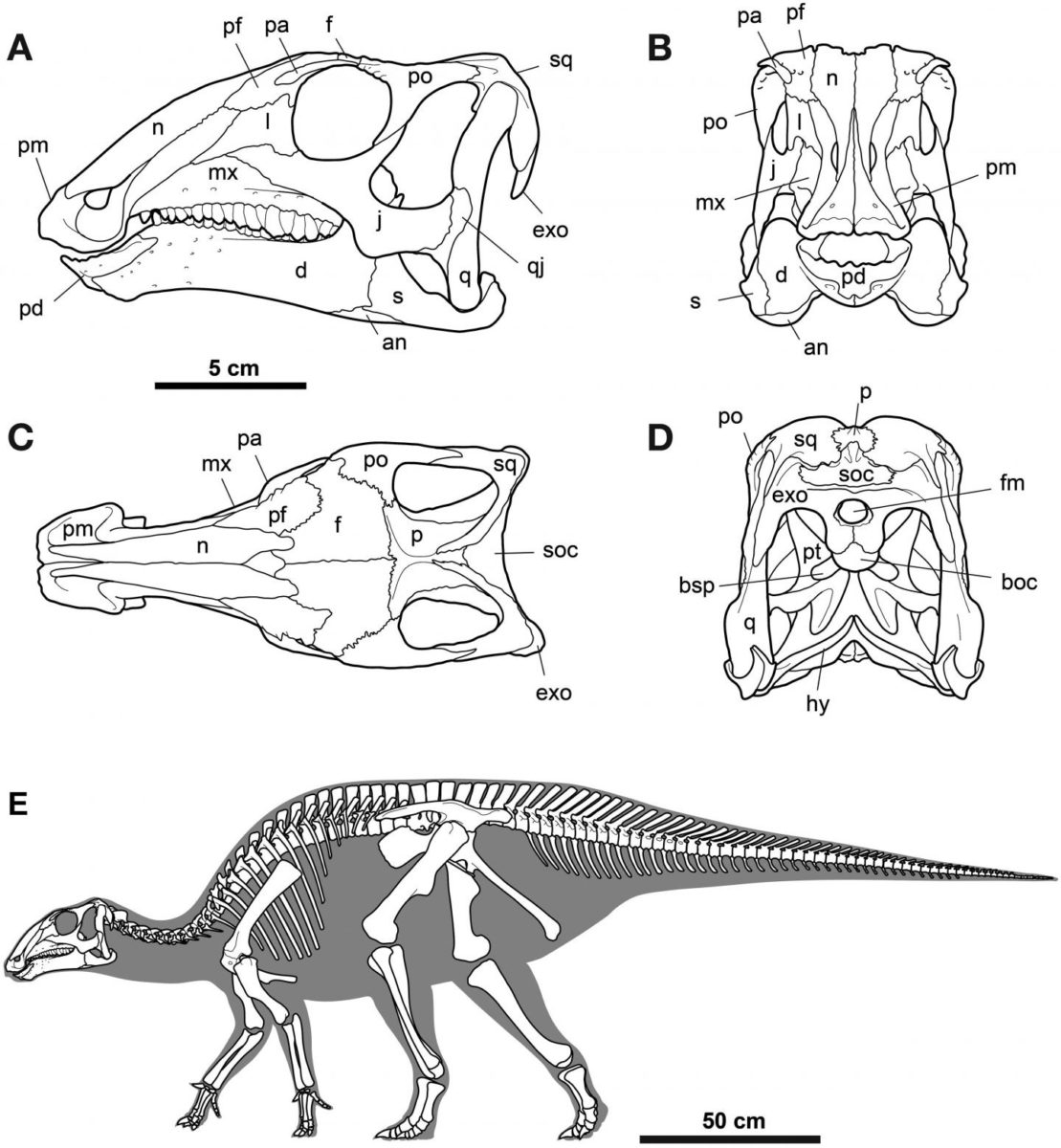 The complete skeletal remains of a new species of Mongolian dinosaur fill in a gap in the evolution of hadrosaurs, according to a study released April 17, 2019 in the open-access journal PLOS ONE by Khishigjav Tsogtbataaar of the Mongolian Academy of Science, David Evans of the Royal Ontario Museum, and colleagues.

Dinosaurs of the family Hadrosauridae were widespread and ecologically important large herbivores during the Late Cretaceous Period, but little is known about their early evolution. In recent years, many new species closely related to Hadrosauridae have been filling in this picture, but few complete remains are known from the early part of the Late Cretaceous, which is when the group originated.

In this study, Tsongbataar and colleagues describe a new species closely related to Hadrosauridae, Gobihadros mongoliensis. The species is represented by numerous specimens, including one virtually complete skeleton measuring almost three meters long. The new dinosaur was discovered in the Bayshin Tsav region of the Gobi Desert in Mongolia from rocks dating to the early part of the Late Cretaceous. Anatomical analysis reveals that this species doesn’t quite fit into the family Hadrosauridae, but is a very close cousin, making it the first such dinosaur known from complete remains from the Late Cretaceous of central Asia.

Comparing Gobihadros to Asian species within Hadrosauridae, the researchers conclude that Gobihadros did not directly give rise to later Asian hadrosaurs. Instead, those Asian hadrosaurs appear to have migrated over from North America during the Late Cretaceous. Gobihadros and its close Asian relatives seem to disappear as these new hadrosaurs enter Asia, suggesting that the invaders might have ultimately outcompeted species like Gobihadros. However, the authors caution that more fossil data is still needed to properly resolve the ages and locations of these dinosaurs during this important transition period.

The authors add: “The article describes, for the first time, extraordinary well-preserved fossil material of hadrosauroid dinosaur as a new genus and species from the early Late Cretaceous in Mongolia. We hope that it will be very useful material for further study of the evolution of hadrosauroids, iguanodintians and ornithopods as well. However, the relationships of other taxa are well-resolved, and in combination with biostratigraphic data, suggest that hadrosaurids from the Maastricthian of Asia migrated from North America across Beringia in the Campanian, and replaced non-hadrosaurids such as Gobihadros.”