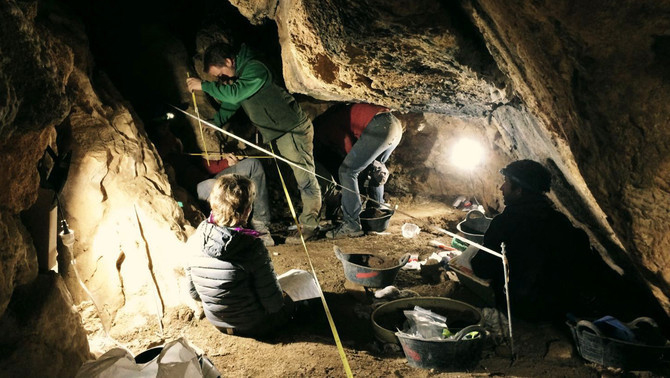 The oldest documented human remains in the Western Pyrenees have been discovered at Pallars Sobirà in the Siarb Valley (Catalonia).

The remains were found in the Cova de l’Home Mort, a small cave located at an altitude of 1,170 metres. It is situated in a difficult-to-access location, facing north-east and is formed by two narrow galleries measuring just over 50 square metres between them.

A thorough investigation of only the first 80 centimetres of the deposits has enabled the recovery of the remains of at least seven people, including newborn babies, children between the ages of 6 and 7, and adults, as well as numerous animal bones, ceramics and stone tools.

The professor of archaeology at the Autonomous University of Barcelona, Ermengol Gassiot, highlighted “the exceptional” state of preservation of the site, and affirmed that “it will allow for an in-depth study of how the populations of 3,500 years ago were in the High Pyrenees”, and also believed that “the further progress of his research will yield more information of still older human occupation.”

Gassiot says that the remains of two different individuals have been dated to the Middle Bonze Age, ie. around 1,500 BC and that the Cova de l’Home Mort was used as a sepulchral cave for at least 120 years.

Although the pottery found in the cave appears to date from the time of the burials, Gassiot is hopeful that subsequent campaigns will lead to lower Neolithic levels.