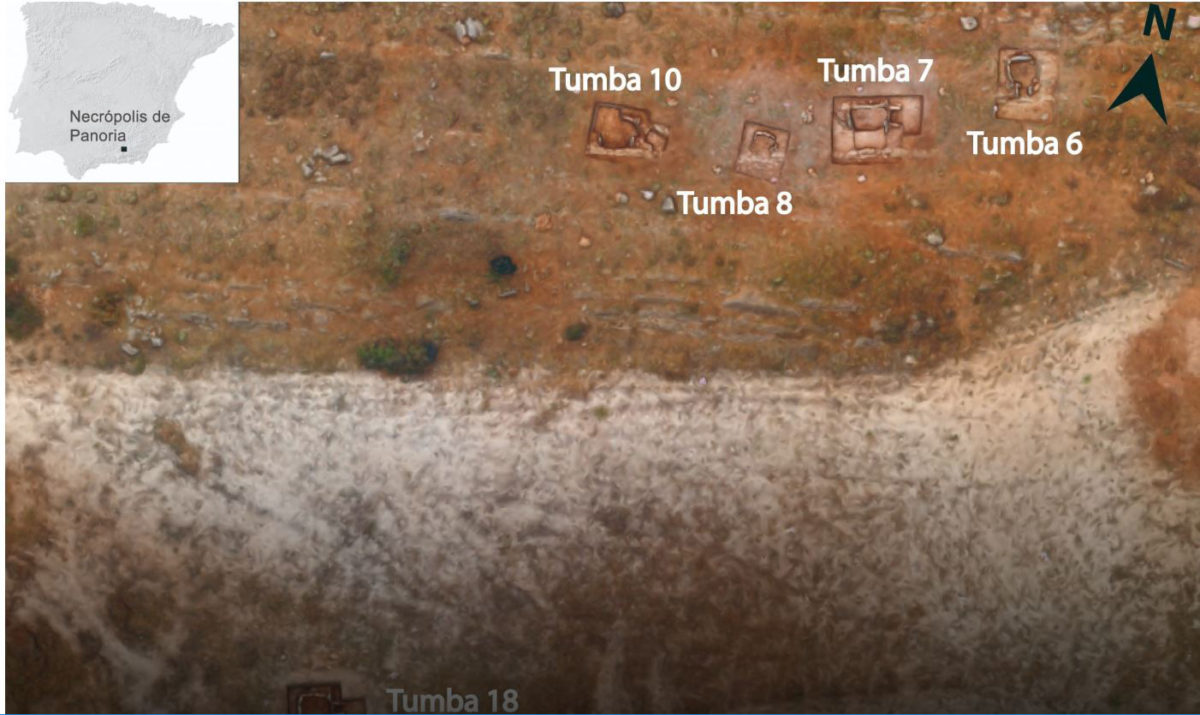 Palaeolithic diet had no social divisions in food consumption

Biochemical analysis of human remains has become a key feature in our understanding of past peoples. Ancient DNA and Stable Isotope Analysis are now considered primary sources of information in the study of the geographic mobility of populations, their genetic affinities, and their diet.

The study of the human diet in Palaeolithic times is currently among the research areas generating the greatest advances in knowledge. Analysis of the Palaeolithic diet is conducted mainly on the basis of the so-called ‘stable isotopes’ of carbon and nitrogen, which are present in the collagen of human bones. These isotopes indicate the types of food consumed by the individual in the years leading up to their death.

Researchers from the University of Granada (UGR) have concluded, by analysing the diet of past peoples from samples in the anthropological collections of the Megalithic necropolises of Panoría (Darro, Granada) and El Barranquete (Níjar, Almería), that although Megalithic communities did vary their eating habits over time, there were no relevant social differences either in the type of food or in the proportion of proteins consumed.

The author of the study, Gonzalo Aranda Jiménez, of the UGR’s Department of Prehistory and Archaeology, explains how homogenous dietary habits, together with ritual and funerary practices in which the emphasis was on community rather than the individual, “show that Megalithic peoples were characterized by social relations that were fundamentally based on values ​​such as equality, reciprocity, and solidarity.”

The Megalithic necropolises of Panoría and El Barranquete are cemeteries characterised by tombs built out of large stone slabs or masonry walls. Inside are burial chambers reached via a corridor or passageway. In the course of their excavations, the UGR researchers have discovered that the tombs are collective burial sites, where individuals of both sexes and of all ages were buried.

One of the most striking facts about these sites is their extended period of use. In the case of Panoría, the first burials would have taken place between 3525 and 3195 BC, spanning approximately 5500 years, with the last ones taking between 2125 and 1980 BC—about 4,000 years ago. At the El Barranquete necropolis, the earliest burials would have taken place between 3030 and 2915 BC, again some 4,000 years ago, and the most recent between 1075 and 815 BC, about 2,000 years ago. In both cases, the sites were used for ritual and funerary purposes for over a thousand years.

The researchers analysed the bone samples of 52 individuals in total, from the two necropolises: 19 from Panoría and 33 from El Barranquete. In addition to carbon and nitrogen isotope measurements, sulphide values ​​were also recorded for the El Barranquete samples, to achieve a more accurate picture of the role played by foods of marine origin, given that this necropolis is just a few kilometres from the Mediterranean Sea.

“Our findings revealed a diet based on the consumption of terrestrial proteins—plants, animal proteins, and dairy products—where seafood was absent,” observes Aranda Jiménez.

The nitrogen values were found to ​​remain constant throughout the period, while the main difference in the increase of carbon was documented for the most recent period. This is consistent with the agricultural intensification process that is known to have occurred, due to the cultivation of cereals, particularly barley.

These differences in the isotopic values ​​point to the cultural changes that took place throughout this prolonged period during which the sites were used for funeral purposes, “but yet they also show that the eating habits were quite consistent, despite the individuals having been buried in different epochs and cultural phases,” continues Aranda Jiménez.

In light of the results of this study, the authors conclude that, during a considerably long period of history, social identities were formed out of our identification with the collective and with relationships, to which any type of permanent or structural social division were entirely alien.

“The study of Megalithic peoples shows that the coercive and exploitative relationships that predominate in present-day societies are the exception—they have not always been the norm,” concludes Aranda Jiménez.