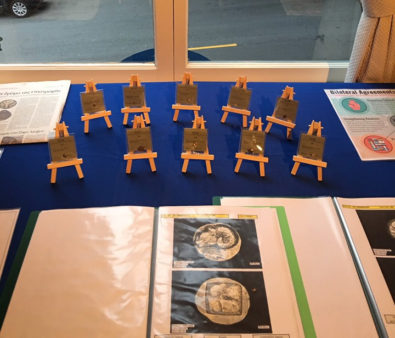 Ten ancient coins will return to Greece after they were handed over by the United States Department of Homeland Security to the Greek diplomatic authorities in a ceremony at our country’s consulate in San Francisco.

Five of the ancient coins located had originally travelled to the other side of the Atlantic via an internet company based in Munich. The recipient was a professional photographer from San Francisco who voluntarily handed over to the American authorities five more ancient coins he had purchased at an earlier date from the same company.

Agent David Keller, investigator in the Homeland Security Department, tried to track down the coins’ identity and origin, intrigued by the fact that their origin had not been mentioned and that their price was low. It became clear during the investigation that neither the sender nor the recipient were able to produce the necessary documents required to make the transaction legal.

The San Francisco Customs and Border Protection Laboratory then sent all the evidence to Athens, where it was examined by police officer Orfeas Sotiriou of the Department of Antiquities of the Attica Security Directorate. Based on his analysis, the coins had been minted on various Aegean islands and dated from 600 BC.

As announced by the USA Department of Homeland Security, our country’s collaboration with the American authorities in the fight against antiquity smuggling is based on the agreement signed by Greece and the USA in 2011, along with the Cultural Property Implementation Act.

Also present at the ceremony for the return of the coins was Greek ambassador to Washington Charis Lalakos.