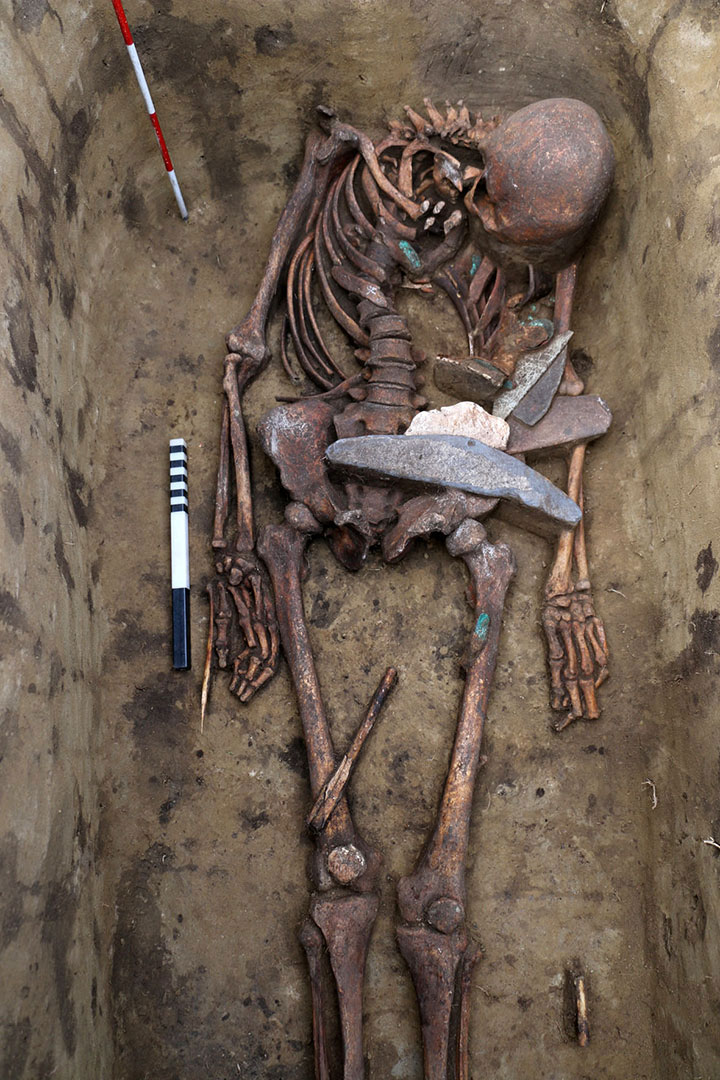 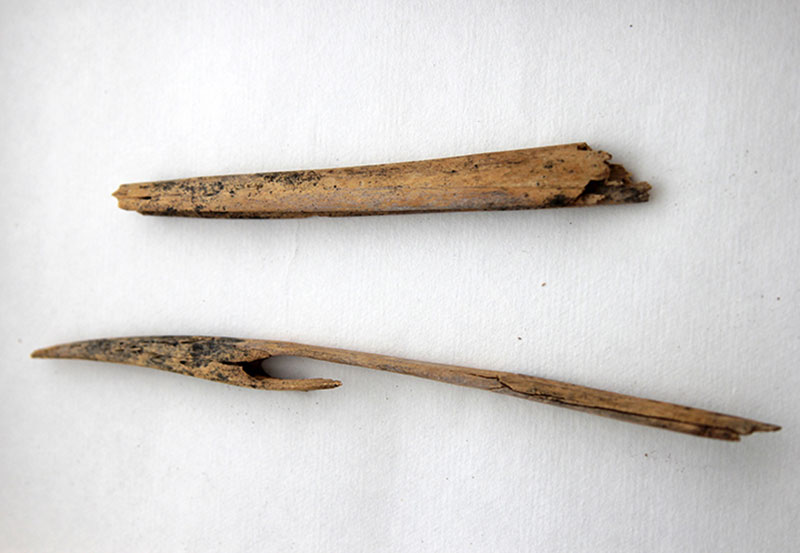 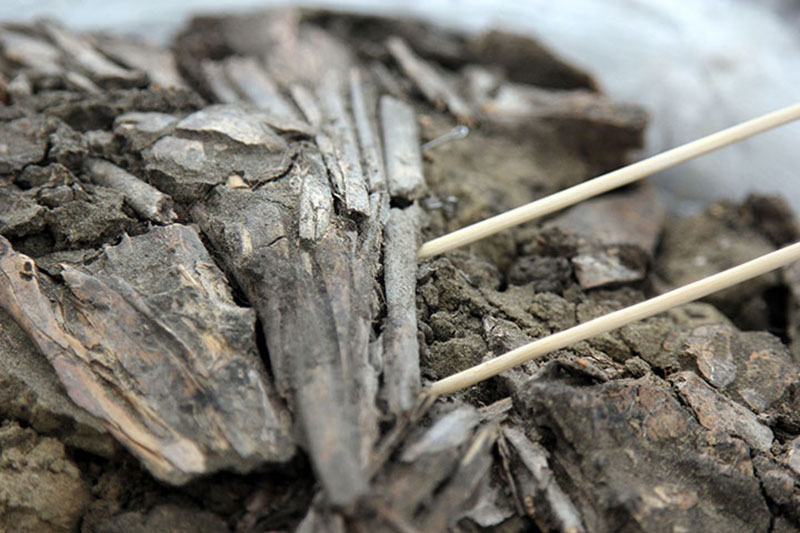 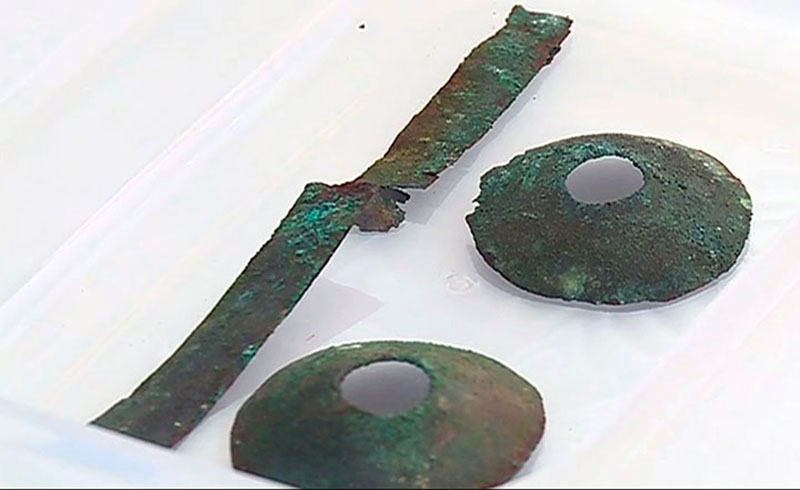 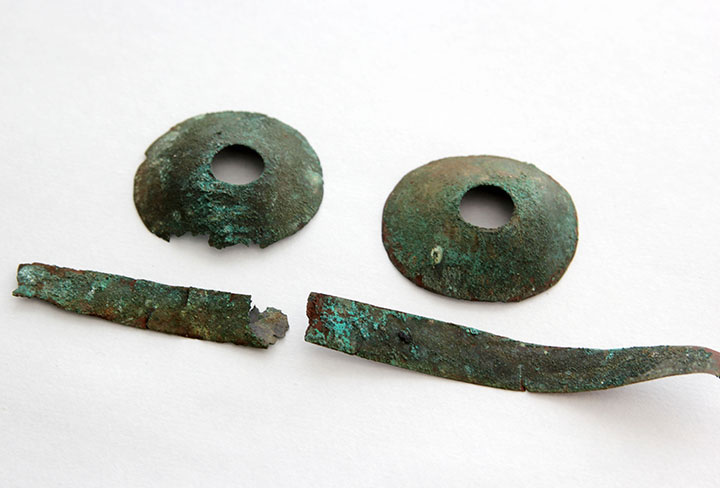 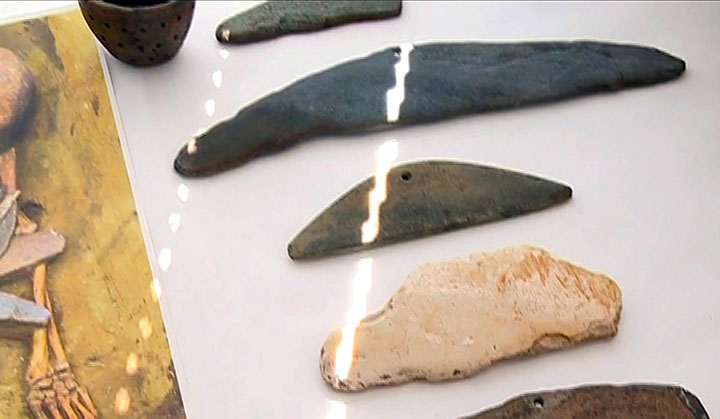 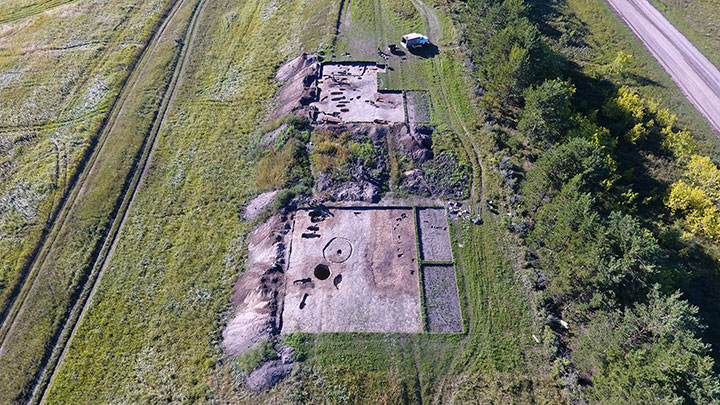 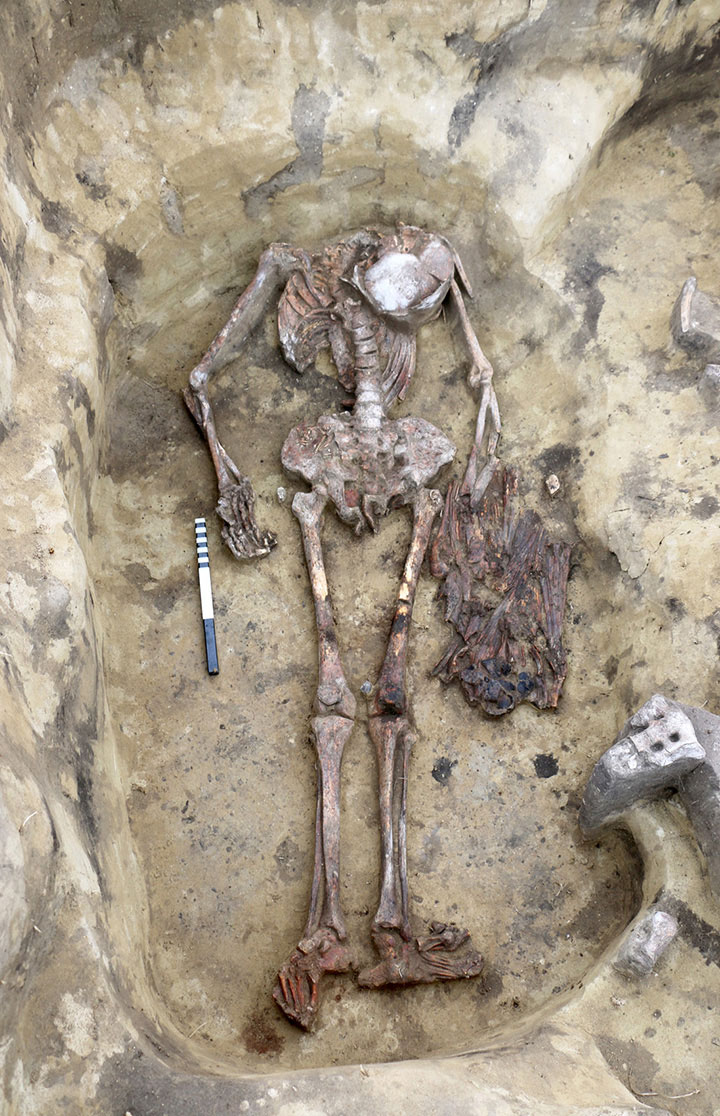 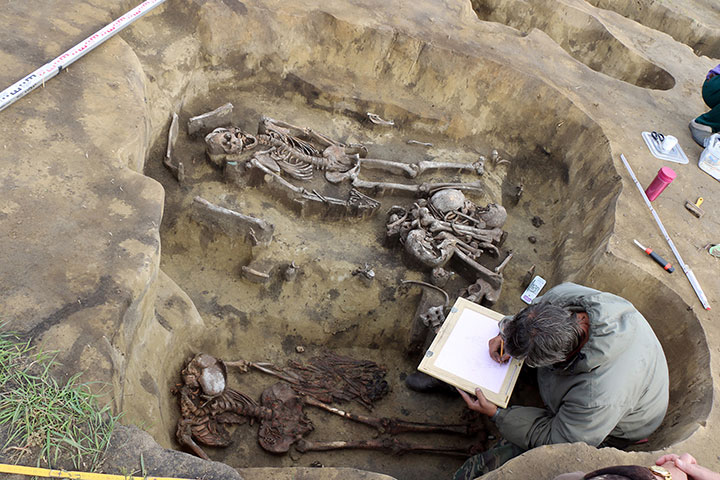 Archaeologists in southwestern Siberia have discovered two unique burials, probably of shamans. The burials were of the Odinov culture and were uearthed last year at the Ust-Tartas site in Novosibirsk.

In one of the graves archaeologists found several long beaks and skulls of large birds. What is particularly interesting is that 30-50 beaks were all gathered at the back of the individual’s skull forming a single object. The way they were arranged and their location indicates that the beaks were used to create some sort of special clothing or garment, perhaps a collar, a headdress, a robe or even armature for ritual purposes. It is not clear how the beaks were attached to each other or to the garment or clothing, as no holes were found that would hold these together or on something else. The beaks were removed en bloc and were taken to the Novosibirsk Institute of Archaeology and Enhnography for examination and conservation.

According to researcher Lilia Kobeleva from the Institute this is the first time such a feature of the Odinov culture is discovered in Western Siberia. She also said that the item the beaks formed was perhaps used by the owner for protection, in terms of ritual or religion. Archaeologists have nicknamed this indivdual ‘the Birdman’.

Further research by ornithologists will provide a definitive answer as to what types of birds were used, but the size and type of the beaks indicates they were probably cranes or herons. Separating and studying them will take months.

Another extraordinary burial found close to the above was a double-layered grave. The top layer was a burial of two children, aged about 5 and 10, and the lower layer was a man with a treasure trove of artifacts. The two burials were separated by a wooden overlay. The most exciting item in this adult burial was a pair of spectacles, two bronze hemispheres slightly mounded with  small circular apertures at the peak and a bronze bridge holding them together, which lay right next to the man’s skull. Inside the hemispheres researchers found traces of organic matter, hence they believe it might have been a burial mask or a head gear. Also, five crescent-shaped stone pendants were placed next to the individual’s left arm and around the waist, probably used for rituals.

Researchers at the site have unearthed over 30 burials of the Odinov culture so far, but this two stand out. They believe the two men were some kind of priests.