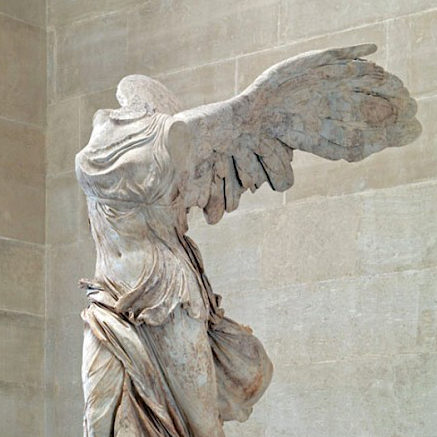 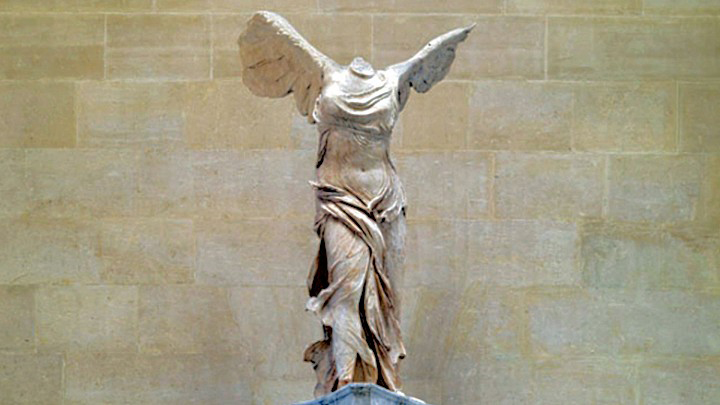 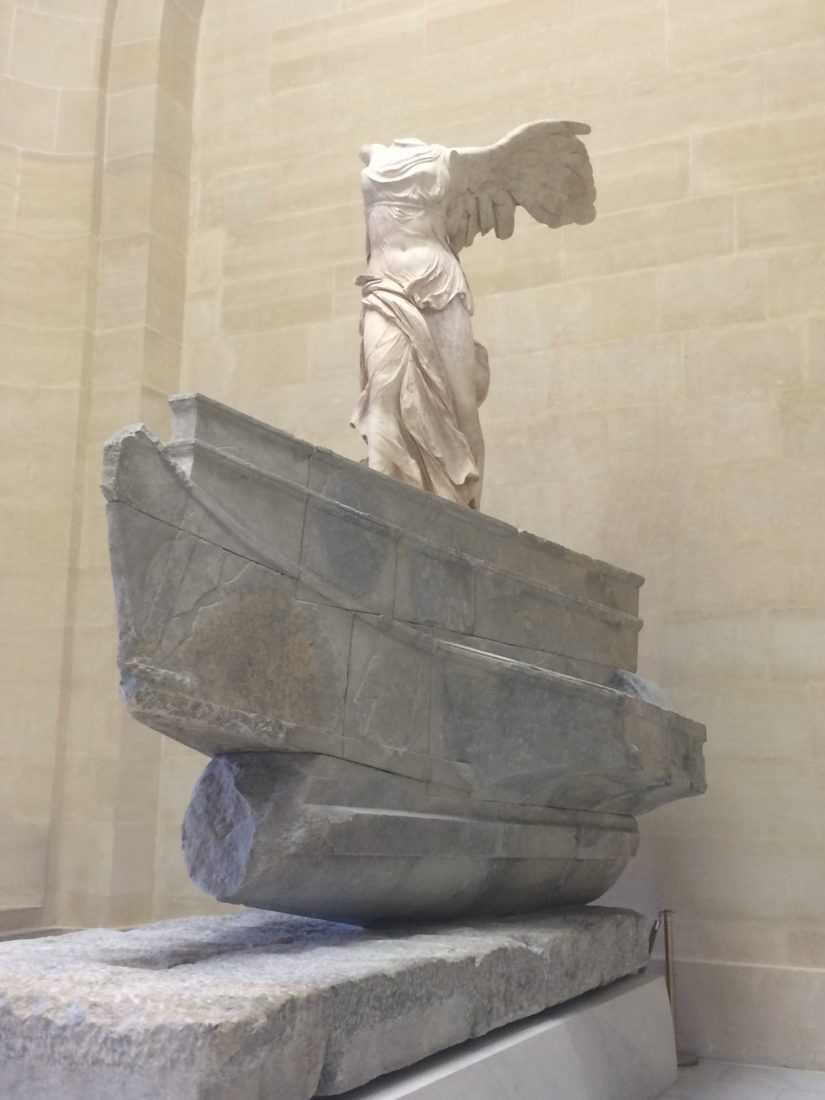 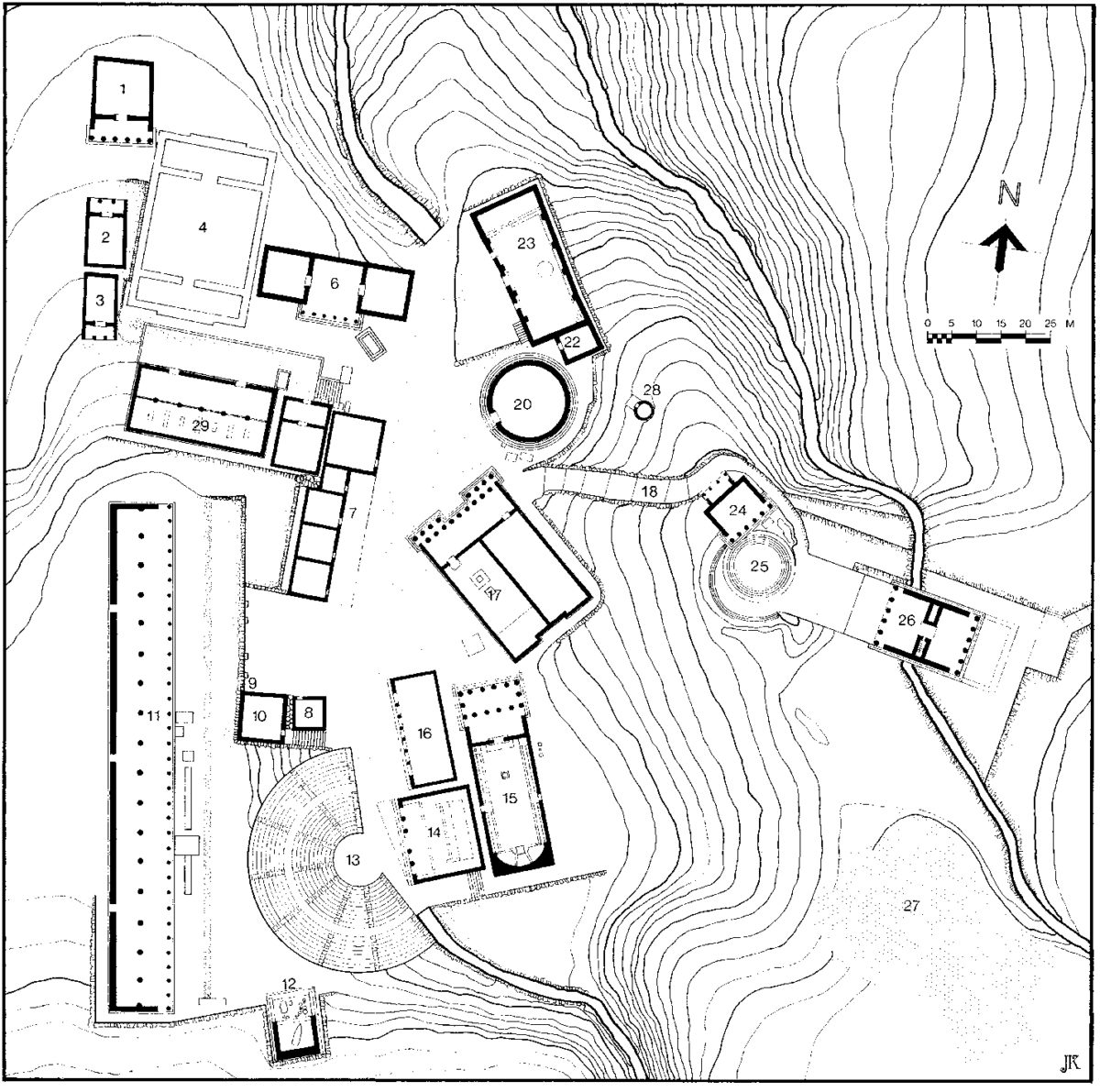 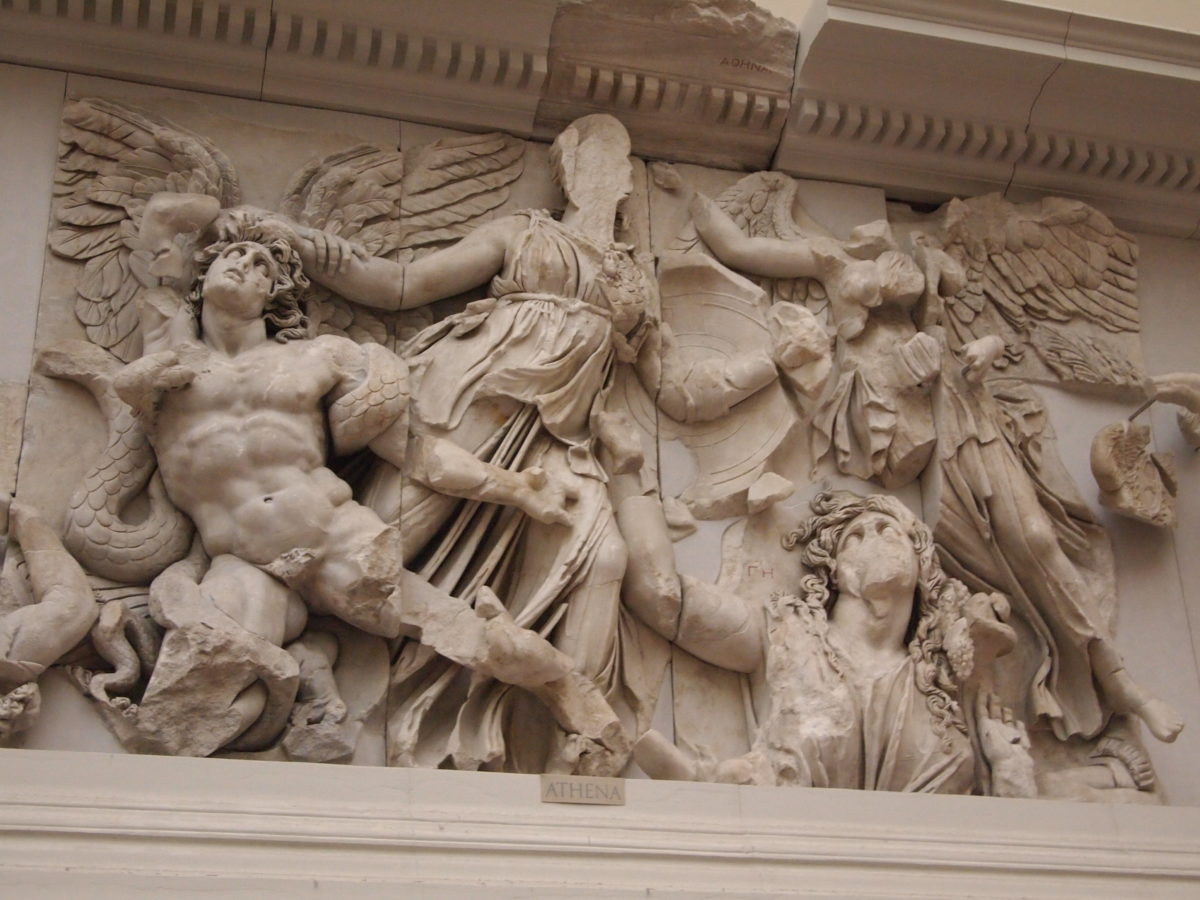 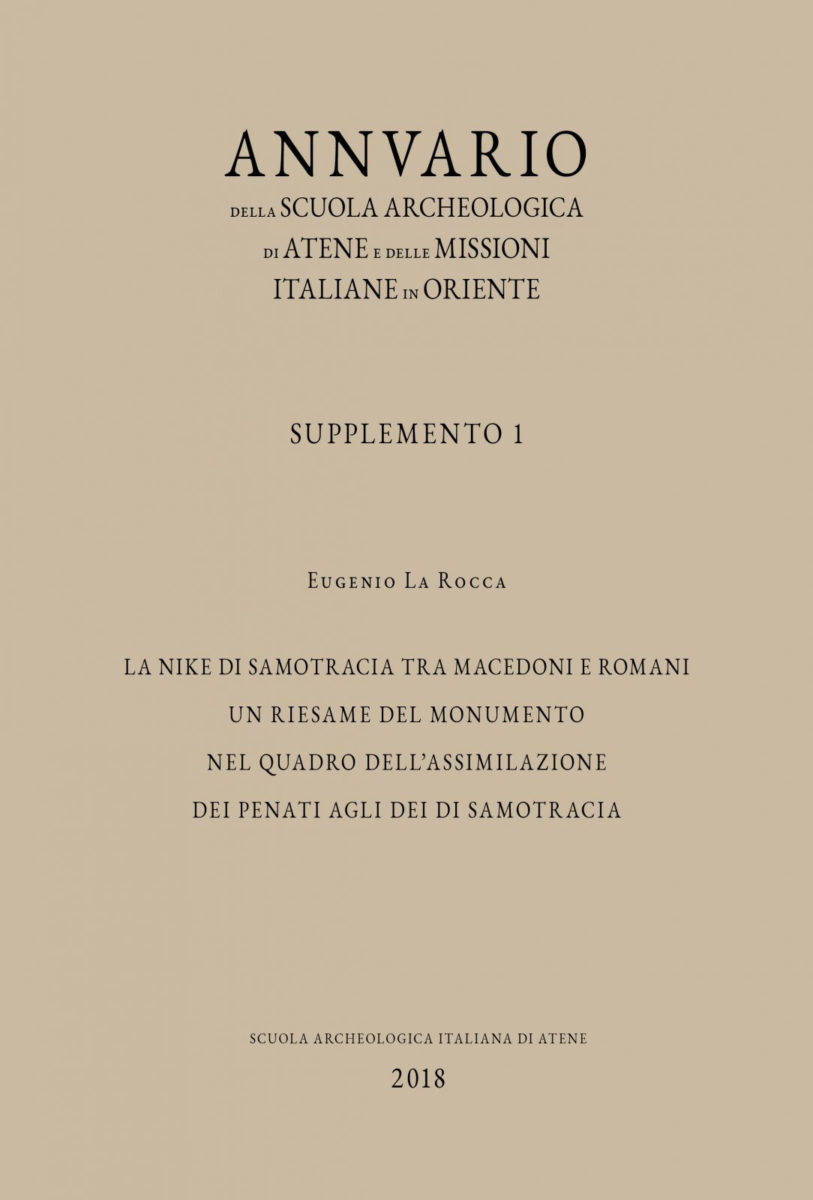 This short book is composed of acknowledgements (p. 6), abstracts (pp. 7-8), chapters about the architectural and topographical context of the Nike of Samothrace (pp. 9-10), about the naiskos in which the statue may have been set up (pp. 10-19), concerning the environment around this statue (pp. 19-30), regarding the exact setting of the Nike (pp. 31-34), the connection of the Nike with Macedonian dedications (pp. 34-39), the suggestion that the Nike is a Roman dedication for their capture of King of Macedonia Perseus (pp. 40-42), the assimilation of the Roman Penates to the pantheon of Samothrace (pp. 42-49) and the presence of the Penates in the sanctuary (pp. 50-57). A conclusion is followed by a criticism of the recent essay of N. Badoud, ‘La Victoire de Samothrace’, RA 2018, pp. 279-305 (p. 63) and by the bibliography (pp. 64-70).

The author begins his pamphlet with the assertion that the immersion of statues and other works of art in nature are rare in the classical and early Hellenistic Greek world. This is hardly true. Alkamenes’ Aphrodite in the gardens must have been set up in the natural lust (note 1); Praxiteles’ Knidian Aphrodite was also inside a garden (Lucian, Amores 11-13); even the original statue of the Sleeping Eros, which is known through many copies, was a garden statue, as it is argued by Plato (Anthologia Graeca 16. 210); the bronze Dionysos of Praxiteles was set up in a grove (Callistratus, De statuis 8. 2); a statue of Aphrodite looking to the sea is described by Anyte (Anthologia Graeca 9. 144); a statue of Pan in the shadowy wood is described by the same poetess (ibidem 231), who also describes images of Pan and Nymphs in a grotto near a fountain on a mountain (ibidem 291). These are just examples because a full record of Greek statues in nature would fill many pages. Thus La Rocca’s assertion is the typical minimalistic dogma which must prevail at any cost upon the evidence.

In this chapter the author claims that the altar of Pergamum may have been completed during the reign of King Attalus II (p. 17) but this opinion contrasts with the probable dedication of the altar by Eumenes II (AvP viii. 1. 69).

La Rocca’s suggestion that the Nike was a Roman offering for their victory in the Third Macedonian War and in particular for the kidnapping of Perseus on Samothrace is untenable for the following four reasons:

The Romans would have never imported marble from Rhodes in this historical context.

The last part of La Rocca’s short book is also the best: the author reconstructs well the slow process of assimilation of the Samothracian religious world to the Roman one.

The bibliography is too selective: the pamphlet is full of citations of authors (Ridgway, Havelock, Palagia) specialized in down-dating many important Greek masterpieces to Roman times. The important scholars who objected to this trend (for example Moreno, Coarelli, the authors of Hellenistische Plastik edited by Bol, etc.) are ignored. This fact gives the reader the false impression that the dogmas asserted by down-dating scholars are widely accepted, although that is not true.

In conclusion, I believe that the Nike is a Rhodian dedication and that it commemorated a sea victory of this state: this is the only historical reason which can justify such a large use of the local Lartian marble. This monument perhaps celebrated the Rhodian sea victory against the Syrian fleet near Myonnesus in 190 BC: in fact our monument conveys an optimistic feeling which may have been still felt in the Aegean world in the early second century BC but would be entirely out of place in the 160s and 150s, when all Greek states understood that they lost their freedom for good and forever and became Roman subjects.

The belief of La Rocca and other scholars before him that the Nike is stylistically close to the Gigantomachy of the altar of Pergamum is not convincing. The Nike is all movement and impetuosity against a strong wind. On the contrary, the Gigantomachy looks heavy and static. The first masterpiece introduces the viewer into action in its making, the second is more oratory and rhetoric, the first is due to a real victory, the second probably was conceived in the philological school of Pergamum.

La Rocca’s pamphlet is a typical contribution of the school of scholars who re-attribute the most important Greek visual masterpieces to the Roman world and view these creations only as ideology and propaganda of the political power, not at all as works of art.

In my opinion most publications of this current of study are more ideological than scientific: they are based on dogmas, the objections to their assertions are ignored, finally as in the case of the reviewed pamphlet their suggestions often even go against plain common sense.

Research Fellow of the Leventis Foundation