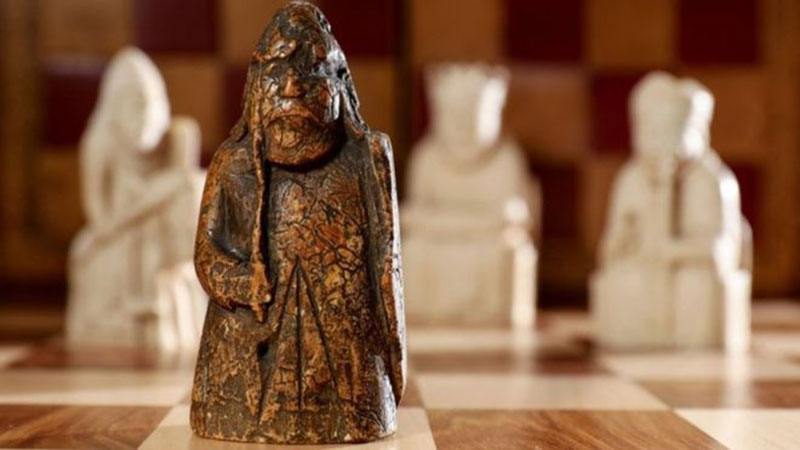 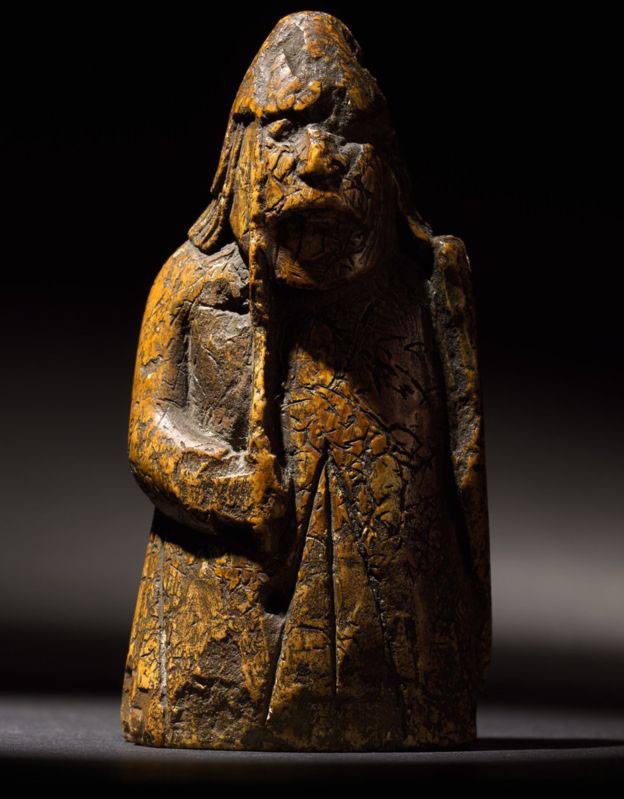 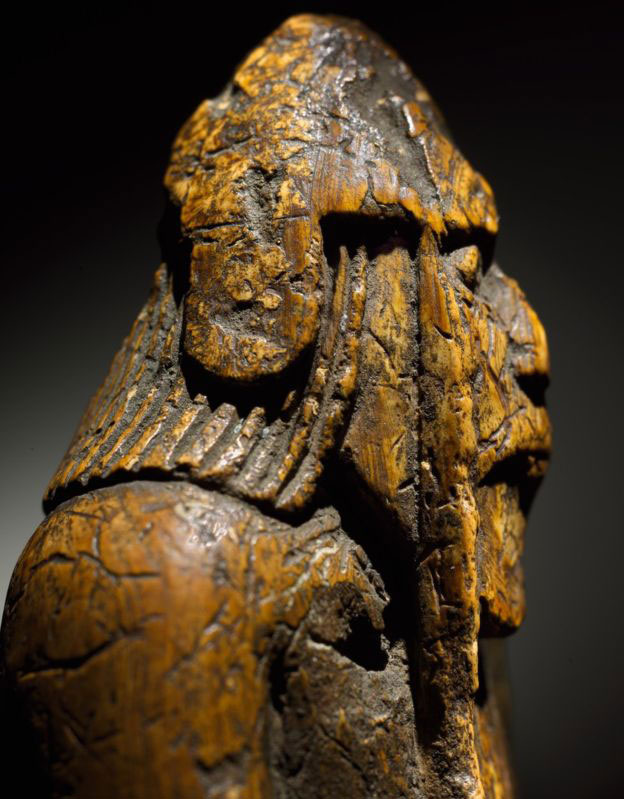 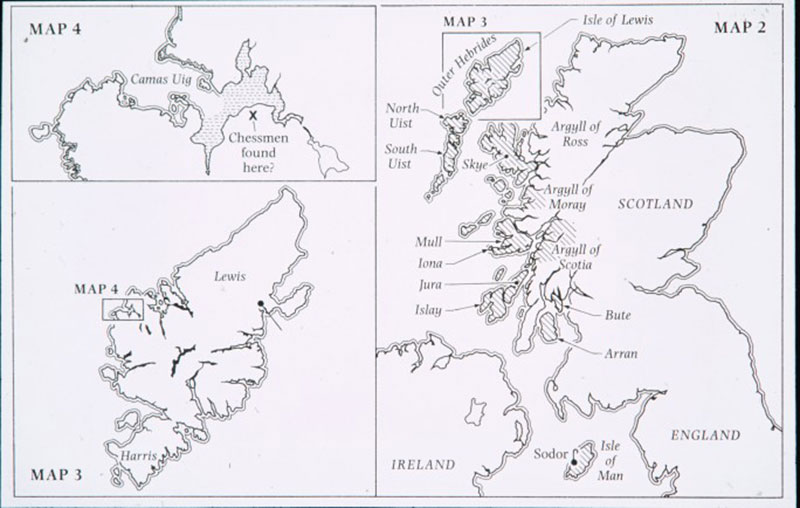 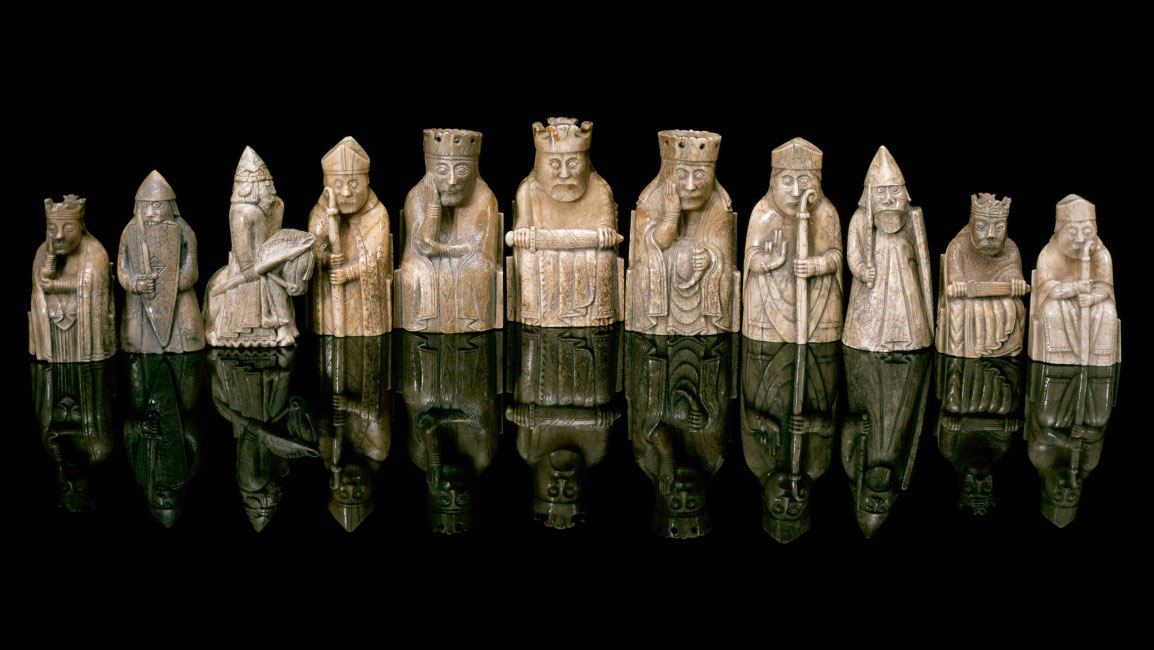 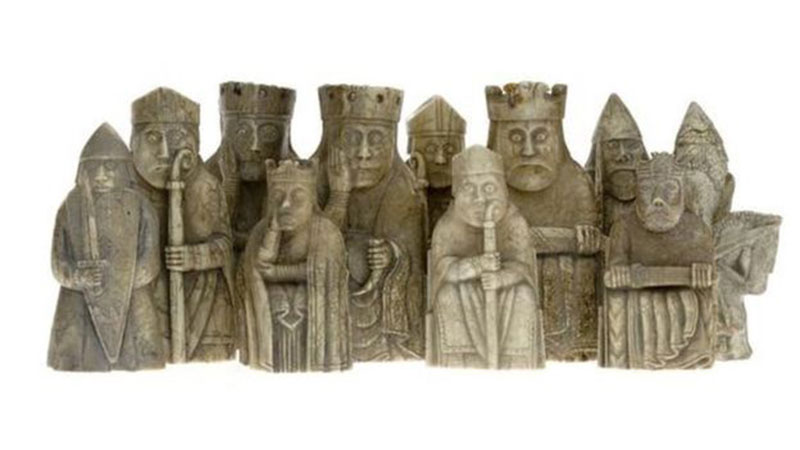 It is one of the medieval Lewis Chessmen

A medieval chess piece that was thought missing for over 150 years had been in a family’s drawer. The family did not know the value of the piece, one of the Lewis Chessmen and only found out when they took it to Sotheby’s for an evaluation.

The item, kept in a drawer by a family in Edinburgh was one of the chessmen found on the Isle of Lewis in 1831. The family’s grandfather who sas an antiques dealer had bought the piece in 1964 for £5, while today the piece is estimated to fetch £600,000-£1,000,000 million when auctioned.

The chessman is 8.8 cm high and is made from walrus ivory. It is a bit worn and has lost its left eye, but other than that it is not in a bad condition. It dates to the late 12th – early 13th century. It is a warder, bearing a helmet, shield and sword, a character of immense character and power. Although all the chessmen today are a pale ivory colour, this one’s dark tone might offer valuable and fresh insight into how the other Lewis chessmen looked in the past.

The Lewis Chessmen are considered very important. Some 82 pieces are kept at the British Museum and 11 the National Museum of Scotland. The set includes seated kings and queens, bishops, knights and warders and pawns. They were found as part of a hoard discovered in 1831, probably from Norway, which includes four combined chess sets, 14 “tablemen” gaming pieces and a buckle. Five pieces, a knight and four wardens have disappeared.

The family had kept the piece in a drawer not knowing its value and took it to Sotheby’s for an assessment. When expert Alexander Kader, Sotheby’s co-worldwide head of European sculpture and works of art, realised what it was said his “jaw dropped”.

The family had kept the piece as a heirloom, the late mother of the current owner believing it had magical qualities. When the owner’s grandfather bought the piece he apparently did not know its value, as he catalogued it as an “Antique Walrus Tusk Warrior Chessman”.

The piece will go on display in Edinburgh and London and then taken for auction on 2 July.