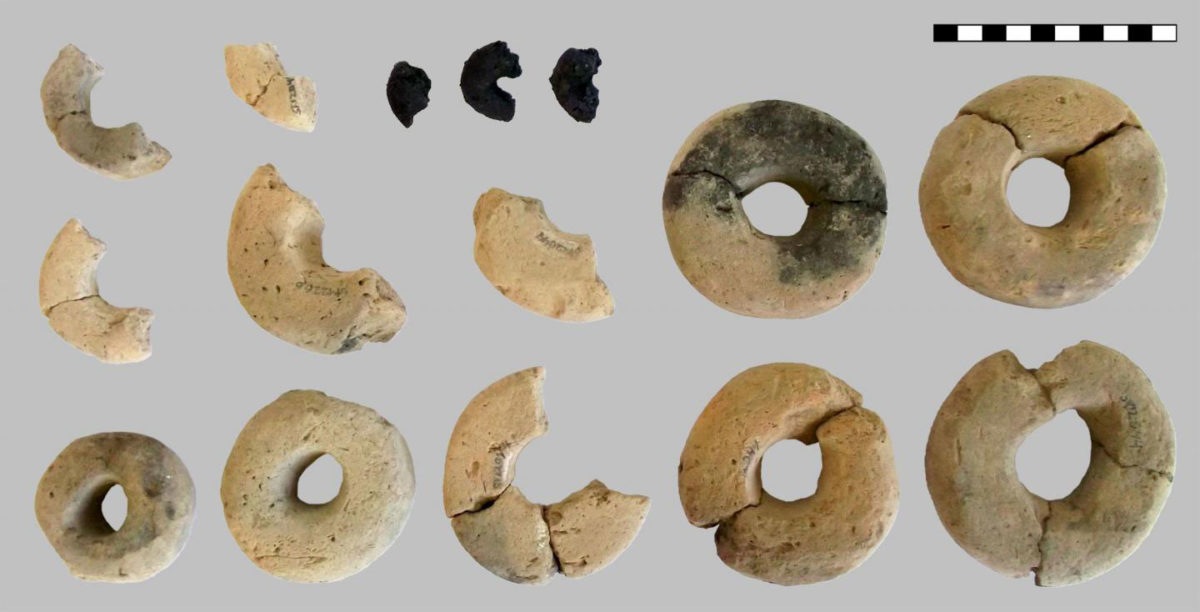 Hoard of the rings

Strange ring-shaped objects in a Bronze Age hillfort site represent a unique form of cereal-based product, according to a study published June 5, 2019 in the open-access journal PLOS ONE by Andreas G. Heiss of the Austrian Archaeological Institute (ÖAW-ÖAI) and colleagues.

Agricultural practices are well known in the archaeological record, but less understood is how food was produced and prepared by ancient cultures. In this study, Heiss and colleagues describe unusual cereal-derived rings from the Late Bronze Age site of Stillfried an der March in Austria. Between 900-1000BCE, this settlement was a center of grain storage, and archaeological materials have been excavated from around 100 pits interpreted as grain storage pits.

This study focuses on the fragmentary charred remains of three ring-shaped objects, each around three centimeters across. Analysis confirms that they are made of dough derived from barley and wheat. The authors were able to determine that the dough was made from fine quality flour and then most likely shaped from wet cereal mixture and dried without baking. This time-consuming preparation process differs from other foods known from the site, leading the authors to suggest that these cereal rings may not have been made for eating.

These rings also bear a striking resemblance to clay rings interpreted as loom weights found in the same pit and may have been designed to imitate them. The unusual context of these cereal rings and the care that went into making them, suggests they may have been created for some unknown ritual purpose, thus expanding the list of ways the cultures of this time period are known to have used cereal products. Since such remains are scarce, the authors suggest that future studies sample more intensely for similar plant-based products that may typically be overlooked.