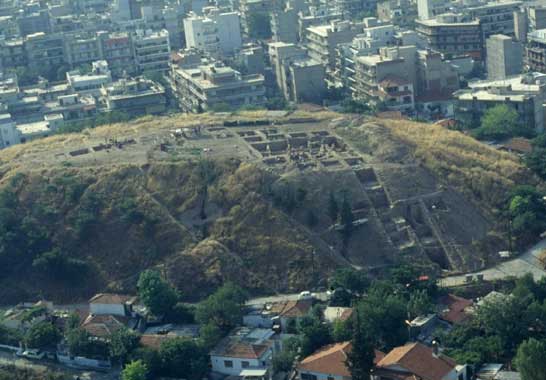 Local histories and the dynamics of intercultural contacts

The 4th lecture of the Mycenaean Seminar, given by Stelios Andreou (School of History and Archaeology, Aristotle University of Thessaloniki), is entitled “Northwestern Aegean during the Late Bronze Age: Local histories and the dynamics of intercultural contacts”.

Dramatic developments, like those taking place in the Southern Aegean during the Late Bronze Age, are not attested in the North. It is nevertheless obvious that important changes occurred in most aspects of social and material life. These changes were the result of a continuous interaction between established institutions, new social demands, and the selective exploitation of stimuli from a widening zone of contacts and exchanges. One of the results of these ongoing processes was the appearance of a variety of social formations, with distinct characteristics, which differentiated not only the societies of the northwestern Aegean from their neighbouring societies, but also developments among local societies. Another development was the adoption of a series of new complex technologies in a socioeconomic environment, which was transformed at a relatively slow pace and the creation of a richer material culture, to be exploited in the context of the emerging social environments.

The 4th meeting of the Mycenaean Seminar will be at 19.00 in the Ioannis Drakopoulos Amphitheatre (Central Building of the University of Athens, Panepistimiou 30).