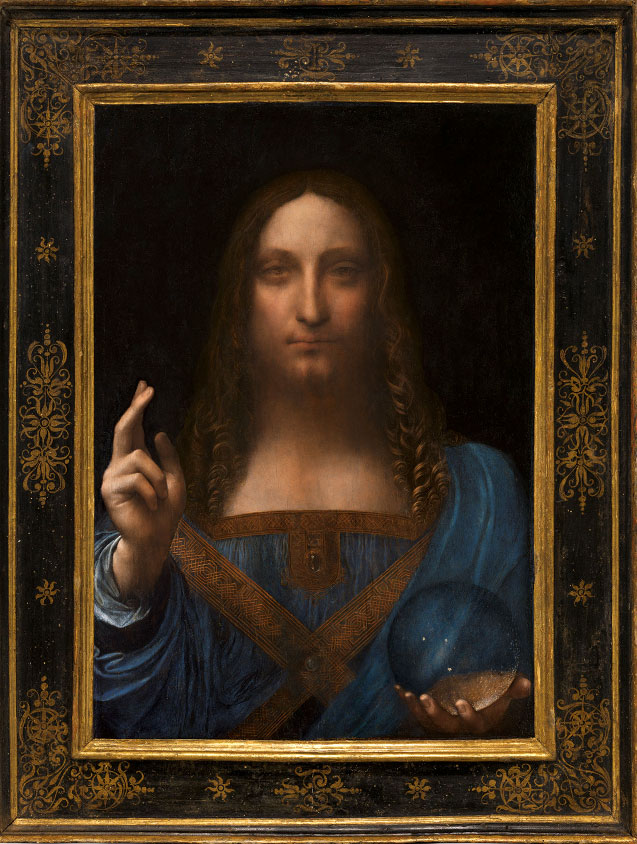 Is the Salvator Mundi painting on a yacht?

The most expensive work of art in the world

Is the most expensive work of art in the world at sea, hanging on a wall of the luxurious yacht of Saudi Arabian crown prince Mohammed bin Salman? A specialist in the art market believes this is just the case; that he has found the location of the Salvator Mundi painting, attributed to Leonardo Da Vinci, which vanished off the face of the earth after being purchased for an astronomical sum of money a year and a half ago.

The work attributed to the man, who for some was the personification of the Renaissance, was acquired at a Christie’s auction for $450 million, a price breaking all previous records on the art market.

The 65×45cm painting, depicting Christ emerging from the darkness blessing the world with his right hand while holding a translucent globe in his left has not been exhibited in public since its purchase. This has raised many questions as to its buyer, its whereabouts and even its authenticity.

Some specialists argue that the painting was created by Leonardo Da Vinci’s assistants and not by the master himself.

Officially, the painting was bought to be included in the collection of the Louvre Abu Dhabi.

According to the Wall Street Journal the buyer was the Saudi prince Badr bin Abdullah, who in fact went ahead with the acquisition on behalf of the powerful Saudi crown prince Mohammed bin Salman. This piece of information was never officially confirmed or denied.

In an article on Artnet.com that featured the purchasing of works of art, Kenny Schachter, collector and art dealer based in London, expressed his view that the painting is hanging on some wall of the prince’s yacht.

‟Apparently, the work was whisked away in the middle of the night on MBS’s (Mohammed bin Salman) plane and relocated to his yacht, the Serene”, he wrote, naming various sources, among which were two individuals involved in the transaction.

‟After the painting was initially found in shards—it had split into five discrete pieces and had to be reattached during restoration—, what harm could the occasional splash of seawater do?” the collector added with a strong dose of irony.

Schachter believes the painting will remain at sea till Saudi Arabia completes the transformation of the Al-Ula district into a cultural centre to attract foreign tourists.

At the beginning of the year, many foreign musicians appeared in that district in a glass auditorium erected among pre-Islamic ruins in a region of the desert in the north west of Saudi Arabia.