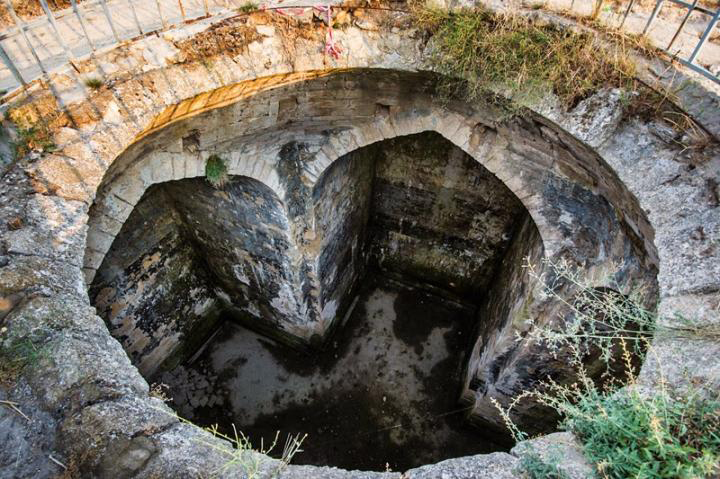 NUST MISIS scientists together with the colleagues from P.N. Lebedev Physical Institute of the Russian Academy of Sciences of the Russian Academy of Sciences, Skobeltsyn Institute of Nuclear Physics Lomonosov Moscow State University and Dagestan State University have published the first results of a “scan” obtained by the method of muon radiography of the underground space in the Derbent fortress of Naryn-Kala. The preliminary conclusion of the scientists — the hypothesis of archaeologists about the use of the building as a Christian temple is most likely to be true. If this theory is confirmed, this building is one of the oldest churches in the world.

The 12-meter building is almost completely hidden under the ground, only a fragment of a half-destroyed dome is visible above the surface. This building in the northwestern part of the Naryn-Kala fortress in Derbent dates back to about 300 AD. To date, the issue of the function of the building has not been resolved: a reservoir, a Christian temple, or a Zoroastrian fire temple. If this is really a Christian temple, then we can talk about the oldest in the country and one of the oldest in the world Christian churches, which was covered with soil by Arabs after the capture of Derbent in about 700 AD.

The use of muon radiography at the temple

It is not possible for archaeologists to come to a consensus because the excavations of the temple, used for two centuries as a reservoir, can destroy a UNESCO cultural heritage site. Therefore, to study the premises, scientists used the method of muon radiography, placing several innovative detectors with a nuclear emulsion inside a buried building at a depth of 10 meters from the surface of the earth. The research lasted from May to September 2018, the first data obtained confirmed the effectiveness of the method for the study of this specific object.

The purpose of the experiment was to find out the possibility of studying the selected archaeological object using muon radiography, determine the optimal exposure, the number, size, and location of the detectors, get the first images of the object using nuclear emulsions. The results obtained from the muon detector made it possible to confirm the reliability of the study of the building using muon radiography (which was not obvious given the similar density of soil around the building and the shell-limestone walls) and suggest a plan for a full-scale experiment to identify the contours of the building as a whole.

In addition, already in the first test experiment, physicists “saw” an unusual distribution of muon fluxes in the western wing of the building, which may be related to the architectural features, indistinguishable by fragments of walls located above ground. The construction, built of local shell-limestone, is about 11 meters high and extends 15 meters from south to north and 13.4 meters from west to east. Segments (arm) of a cruciform design have a width of about 5 meters, three arms of a length of about 4.2 m, and the fourth (northern) — more than 6 meters. The brackets are covered with vaults, and a dome wire frame with a diameter of 5 meters is located above the central part.

In a number of historical and reference sources, this construction is referred to as an underground water tank, as it was in the 17th-18th centuries. However, the first experiment gave reason to doubt this hypothesis. The main reasons for the interpretation of this building as the original religious building were the unusual for reservoirs, but common for early churches and fire temples cross shape of the building and its orientation to the sides of the world.

“It seems very strange to me to interpret this building as a water tank. In the same fortress of Naryn-Kala, there is an equal underground structure of 10 meters depth, and it really is a tank. This is just a rectangular building. The unusual building, in which we have put our detectors, has the shape of a cross, oriented strictly to the sides of the world, one side is 2 meters longer than the others. As the archaeologists who began excavations say, during construction, the building was entirely on the surface and it stands on the highest point of the Naryn-Kala. What is the sense to put the tank on the surface, and even on the highest mountain? It is strange. Currently, there are more questions than answers,” says the head of the scientific group, Ph.D. in Physics and Mathematics, NUST MISIS leading expert Natalia Polukhina.

As the authors of the study emphasize, the characteristics of the probing radiation at this object require the subsequent irradiation of muon detectors in the area under study, and therefore, the continuation of the experiments. The installation of detectors on the western slope of the fortress outside the walls of the building will be especially effective in order to obtain its full-size underground image. The main result of the next stage of the experiments will be the final three-dimensional tomogram of the underground building, which will help to define the purpose of this unusual facility.