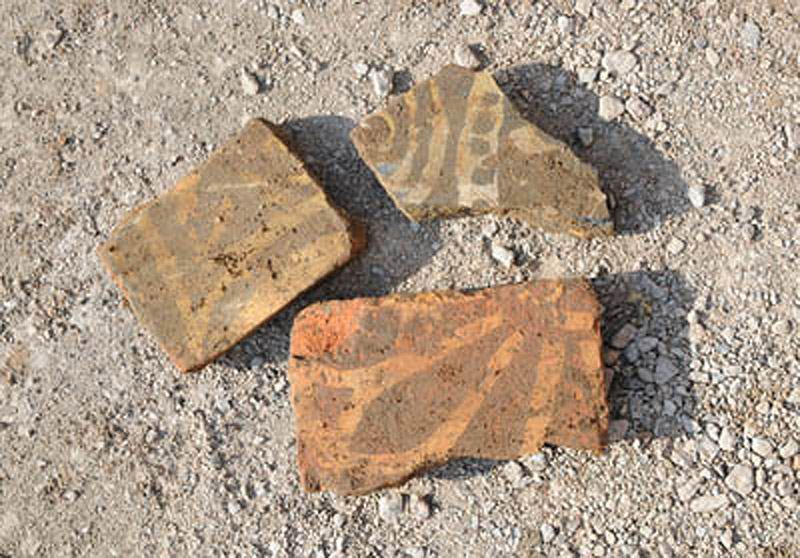 Found: the lost church where Richard III was buried

The Church of the Grey Friars reveals its secrets

University of Leicester archaeologists have found the lost church where Richard III was buried over 500 years ago – under a City Council carpark.

After his defeat at the Battle of Bosworth in 1485, the body of Britain’s last Plantagenet king was brought to Leicester where he was buried in a Franciscan friary. Known as the Church of the Grey Friars, the structure was demolished during the Dissolution of the Monasteries and its location forgotten.

Last week University of Leicester Archaeological Services (ULAS) launched their hunt for the church – the first ever search for the lost grave of an anointed King of England – and today (5 September) announced that they have found the remains of a Medieval building which they are confident are part of the lost friary.

Together with Medieval window tracery, glazed floor tile fragments, a fragment of stained glass window, and roof tiles that were only used on high-status buildings, the investigations have uncovered the floor of a passageway, which archaeologists believe might be part of the cloister, and a section of wall that could have belonged to the church.

ULAS Co-Director Richard Buckley said: ‘The discoveries so far leave us in no doubt that we are on the site of Leicester’s Franciscan Friary, meaning we have crossed the first significant hurdle of the investigation.

‘It is remarkable that the third trench has now made us certain that we have located the Friary church – not only a huge step forward in the search for the remains of Richard III, but also important new evidence for one of Leicester’s major religious buildings, lost for over 400 years.’

With the church identified, the hunt is now on for Richard III’s grave – although some historical accounts say that at the time of the Dissolution of the Monasteries the king’s bones were removed from Greyfriars and thrown into the River Soar.

With or without the burial place of Richard III, the investigation has been extremely rewarding and makes a significant contribution in terms of telling the story of medieval Leicester,’ Richard Buckley said. ‘I am delighted that the University of Leicester is playing a pivotal role in the telling of that story.’