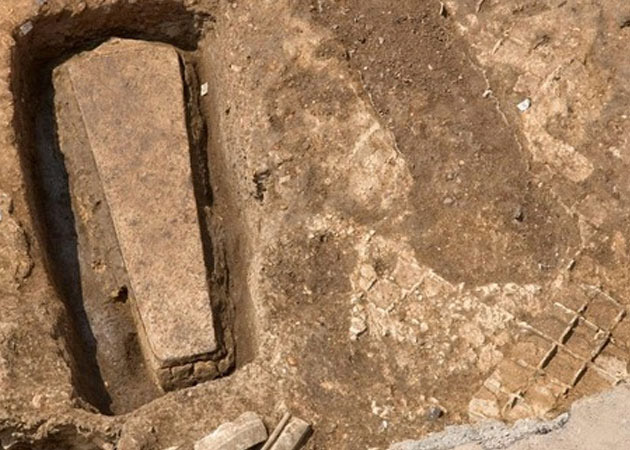 Ancient coffin found near Richard III site to be opened

A lead-lined stone coffin dating back to the 14th century, found near the final resting place of Richard III, will be opened for the first time this week.

A team of archaeologists from the University of Leicester believe the coffin, found at the Grey Friars estate, could contain an important personality of the Middle Ages. A potential candidate is Sir William de Moton of Peckleton, who died between 1356 and 1362, or one of two high-ranking Franciscans at the friary.

These include two leaders of the English Grey Friars order – Peter Swynsfeld, who died in 1272, and William of Nottingham, who died in 1330.