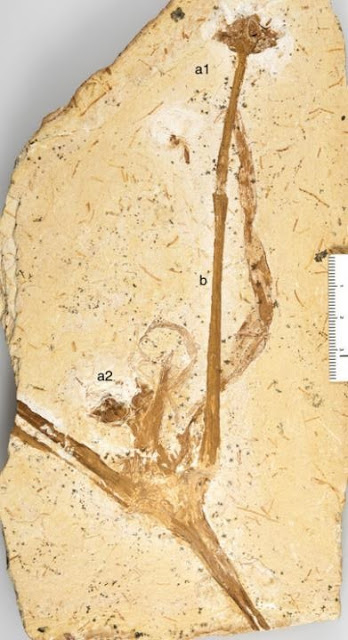 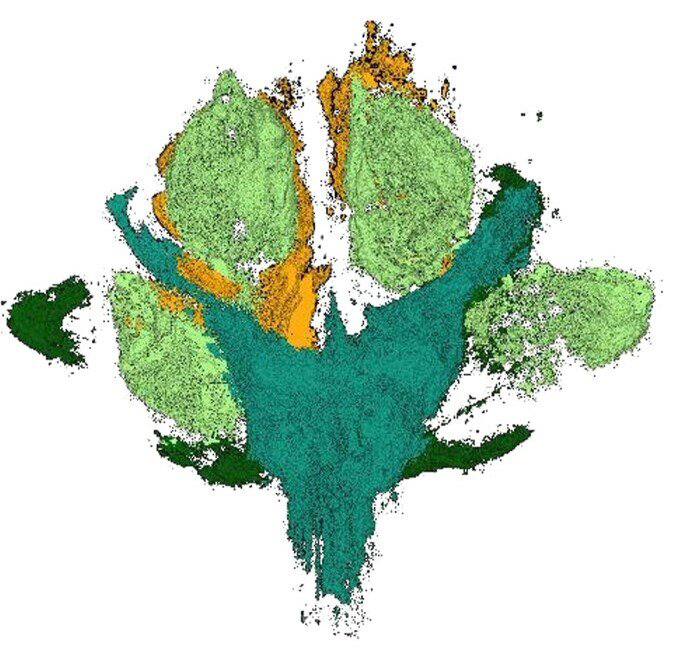 Botanist Dr. Clement Coiffard of the Museum für Naturkunde Berlin discovered the oldest, completely preserved lily in the research collection: Cratolirion bognerianum was found in calcareous sediments of a former freshwater lake in Crato in northeastern Brazil. With an age of about 115 million years, Cratolirion is one of the oldest known monocotyledonous plants. These include orchids, sweet grasses, lilies and lilies of the valley.

Cratolirion is extraordinarily well preserved, with all roots, the flower and even the individual cells are fossilised. With a length of almost 40 centimetres, the specimen is not only extremely huge, but also shows almost all the typical characteristics of monocotyledonous plants, including parallel-veined, narrow leaves with a leaf sheath, a fibrous root system and triple flowers.

However, it was not trivial to examine the fossilised object, as it consisted of iron oxides associated with the stone. In order to see details here, Coiffard collaborated with the HZB physicist Dr. Nikolay Kardjilov, who is an expert in 3D analysis with X-rays and neutrons. At the HZB he also built up a 3D computed x-ray tomography and refined the data analysis in such a way that hardly any disturbing artefacts arise during the investigation of large, flat objects. This made it possible to analyse the details of the inflorescence hidden in the stone. A colour coding in the CT scan makes these details visible: the main axis is marked in turquoise, the supporting leaves in dark green, the pistils in light green and the remains of the actual petals can still be seen in orange.

From this newly described plant Cratolirion bognerianum and the species of Crato flora mentioned above, it can be deduced that the tropical flowering plants were already very diverse. “It is probable that flowering plants originated in the tropics, but only very few fossils have been described to date,” explains Coiffard. This study thus provides new insights into the role of the tropics in the development of early flowering plants and their rise to global supremacy.