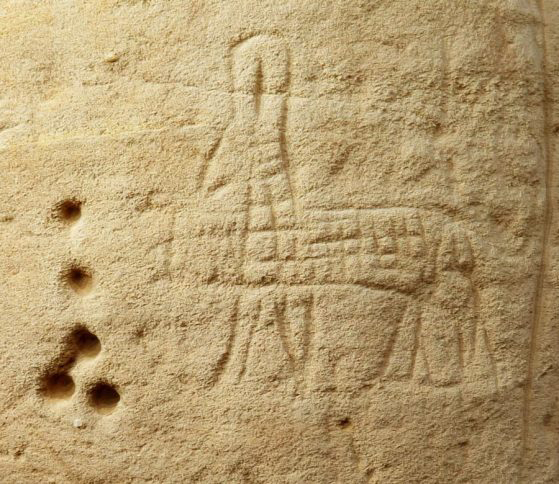 Graffiti as Devotion along the Nile

The Kelsey’s next special exhibition, Graffiti as Devotion along the Nile: El-Kurru, Sudan, will open on August 23, 2019. This show presents ancient and medieval graffiti discovered at a temple and pyramid at the site of El-Kurru in northern Sudan. Exhibition co-curators are Geoff Emberling (co-director of the El-Kurru project and associate research scientist at the Kelsey) and Suzanne Davis (conservator at El-Kurru and associate curator for conservation at the Kelsey).

Ancient graffiti provide a unique glimpse into the lives of individuals in antiquity. Religious devotion in ancient Kush (a region located in modern-day northern Sudan), involved pilgrimage and leaving informal marks on temples, pyramids, and other monumental structures. These graffiti are found in temples throughout the later (“Meroitic”) period of Kush, when it bordered Roman Egypt. They represent one of the few direct traces of the devotional practices of private people in Kush and hint at individuals’ thoughts, values, and daily lives. This exhibition explores the times and places in which Kushite graffiti were inscribed through photos, text, and interactive media presentations. At the heart of the show are the hundreds of Meroitic graffiti recently discovered in a rock-cut temple by the Kelsey expedition to El-Kurru in northern Sudan.