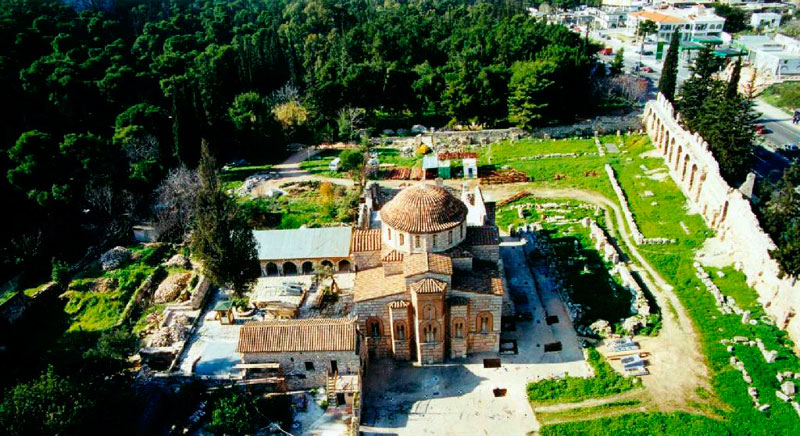 First reports after the earthquake in Attica

The Directors General both of Antiquities and Cultural Heritage and of Restorations, Museums and Technical Works were responsible for immediately gathering reports on records of possible damages to monuments and archaeological sites in Attica following the earthquake last Friday.

Minister of Culture Lina Mendoni, conducted a short inspection of the National Archaeological Museum. She was briefed by the Director General of Antiquities and the Heads of the Museum Collections that there had been no problems regarding the exhibits. Minor disturbances were noted of some small artefacts in their showcases. Some surface damages were observed, such as fallen plaster, on the building of the National Archaeological Museum. The Ministry’s engineers are already looking into it.

There do not seem to be particular problems at the Byzantine and Christian Museum of Athens, apart from minor disturbances of small artefacts and coins having fallen. There were some problems in the building of the Duchess of Plaisance which are being handled by engineers from the Ministry.

There are no problems in the buildings of the Numismatic and Epigraphic Museums and the Collections.

No damage has been done to the antiquities of the Acropolis Museum. There are no particular problems at the Acropolis archaeological site. A small problem was recorded in the renovated Stoa of Attalus

There are no problems at the Archaeological Museum of Piraeus or at the Museum and Kolona archaeological site on Aegina.

More serious problems have been recorded at the Monastery of Daphni. The east section collapsed of the northern outer enclosure. During a later inspection conducted by the Ephorate in charge in the afternoon following the aftershock, pieces of mosaic were found to have fallen. There do not seem to be any problems at the archaeological site and Museum of Eleusis.