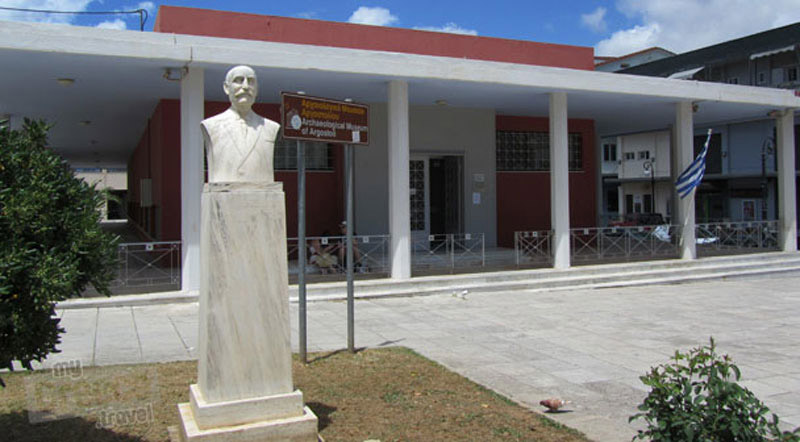 The Monuments of Kephalonia after the Quake

Damages on the Argostoli Museum, the Castle of St. George and several Byzantine churches

Since last Sunday, the Minister of Culture and Sport Mr. Panos Panagiotopoulos and the Secretary General for Culture Ms. Lina Mendoni, are in an open and constant communication with the local authorities of the Island of Kephalonia, in order to address the problems caused by the recent eartquakes to many of the Island’s cultural heritage sites.

In particular, after a Minister’s order, Ms. Mendoni remains in communication with Ministry officials serving the Prefecture of Kephalonia. In addition, yesterday, Ms Mendoni was communicated repeatingly though telephone with teh Secretary Genaral for Public Works Mr. S. Simipoulos, who also remains in the Island as a member of a governmental team, as well as the Regional Vice Governor S. Kouris and the Mayor Mr. A. Parisis.

Moreover, a team of engineering experts from the Directorate of Restoration for Byzantine and Post-Bysantine Monuments remains in Kephalonia as of yesterday, ordered by the political leradership of the Ministry of Culture and Sport, in order to study the condition of several monuments after the strong earthquake and the continuous aftershock activity in the area.

The current situation regarding Kephallonias monuments is described as follows:

– The walls of the Museum of Argostoli’ s building present significant problems. A report by experts is on standby.

– The Museum’s permanent antiquities display presents problems, as 40 vessels moved from their position. Many seem broken or opened along earlier cracks. A group of restorers has already been sent over from Athens to record the damages.

– A section of the wall near the gate of the Castle of St. George has collapsed, preventing access to the site.

– Cracks occurred in several Byzantine monuments surviving in villages such as Saint Thecla, Saint Dimitrios, Aghios Spyridon, Saint Theodore, Panaghia Phaneromene. Other monuments are being examined by members of different Ministry of Culture services, wherever the roadway condition allowes. The curches at Roggoi and Soulaoi have also suffered damages.

– The De Bosset bridge, where an NSRF project is carried out, presents no problem, as it is being amplified in the framework of the project.

– No problem was detected regarding the Island’s ancient monuments.

– Following an order by Mr. Panagiotopoulos, in communication with local agencies and services, Ms. Mendoni has scheduled a visit to Kephalonia for next week. She will be accompanied by experts from the Ministry of Culture and Sport.