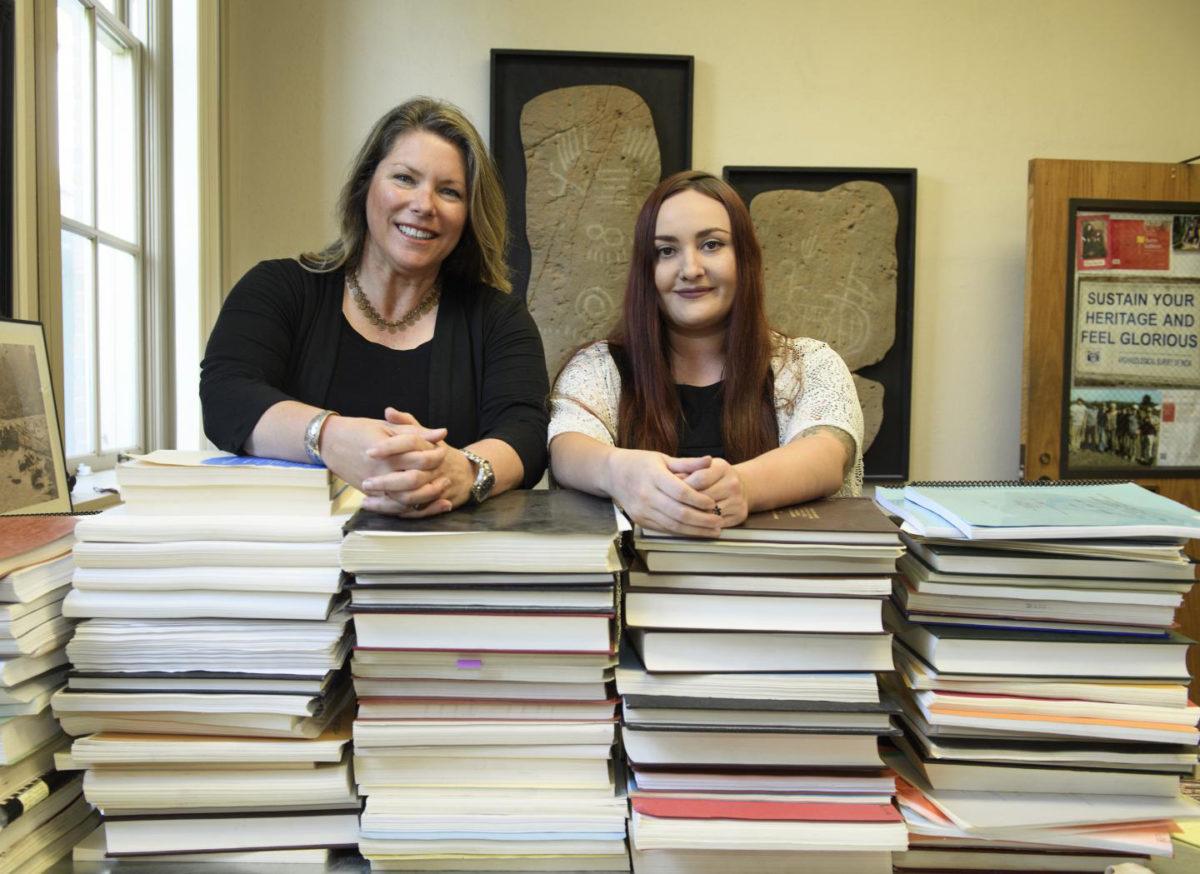 Who dominates the discourse of the past?

The underrepresentation of women and non-academics in peer-reviewed publications

That’s according to a new study in American Antiquity by Washington State University archaeologists Tiffany Fulkerson and Shannon Tushingham.

The two scientists set out to determine how a rapidly evolving demographic and professional landscape is influencing the production and dissemination of knowledge in American archaeology.

They found that women, who now make up half of all archaeologists in North America, and professionals working outside of a university setting, who account for 90 percent of the total workforce, were far less likely to publish in peer-reviewed journals.

“The underrepresentation of women and non-academics in peer-reviewed publications is in stark contrast to the landscape of archaeology as a whole, which is rich in gender and occupational diversity,” said Fulkerson, a graduate student in the WSU Department of Anthropology and lead author of the study. “In effect, you have a very narrow demographic dominating the discourse of the past in North America.”

North American archaeology has considerably evolved over the last several decades. Women now surpass men in the number of archaeology PhDs awarded. Additionally, the overwhelming majority of archaeologists in the U.S. are no longer employed at universities but rather work for government, Native American tribes and private agencies that specialize in cultural resource management (CRM).

In order to determine how well represented women and CRM archaeologists are in the field’s literature, Fulkerson and Tushingham analyzed data on the gender and occupational affiliation of lead and secondary authors in three regional and three national publishing venues from 2000-2017. In total, data for 5,010 authors in 2,445 articles were compiled and analyzed.

The results of their analysis reveal a considerable dearth of women authors in the regional and national peer-reviewed literature.

For example, in American Antiquity, the flagship journal of the largest archaeology society in the world, women accounted for a mere 26.6 percent of lead authors, a proportion comparable to the two regional, peer-reviewed journals analyzed in the study.

CRM professionals were similarly under-represented in the peer-reviewed literature. The researchers found less than 20 percent of first authors in the two national journals analyzed in the study, American Antiquity and the American Archaeological Record, worked outside of a university.

Fulkerson and Tushingham write that one of the main reasons for the stark publishing gap is few women and CRM professionals have positions that afford the time and opportunity to publish.

“Similar to other STEM fields, there is an attrition of women as they advance through the professional ranks,” said Tushingham, assistant professor in the WSU Department of Anthropology. “The loss of women throughout the career pipeline results in fewer women securing positions that offer the time and opportunity to publish. For CRM archaeologists, there is a similar lack of time, resources and incentives to publish.”

Rather than disseminating their research in peer-reviewed forums, many women and CRM archaeologists pursue alternative strategies of communicating their work, namely through non-peer-reviewed venues that require less time to publish.

The two non-peer reviewed journals included in the study, The SAA Archaeological Recordand The SCA Proceedings, had far greater gender and occupational parity than the peer-reviewed publications.

Why does it matter?

Fulkerson and Tushingham write that limiting who tells narratives of the past to a select group of people is problematic because it inhibits the multitude of voices and knowledge that make up North America’s archaeological heritage.

Additionally, under the current system, the vast majority of work being done by North American archeologists is hard for the broader archaeology community and public to access.

“This is because the vast majority of archaeology practitioners are working in the compliance sector, and we have established these people are far less likely to publish than those in academic settings,” Fulkerson said. “Archaeology work that is conducted in compliance settings is frequently only reported on in technical reports, which are often not widely accessible to other archaeologists, let alone the public.”

Similar to other STEM fields, progress towards a more multivocal archaeology will require a dissolution of the structural, institutional, and ideological barriers that impede not only women and non-academics but also marginalized groups, including People of Color and LGBTQ people, from being strong participants in publishing.

In their paper, Fulkerson and Tushingham explore in detail numerous solutions that range from increased leadership opportunities for women and marginalized peoples to encouraging CRM professionals to submit technical reports and other non-published works to digital repositories to increase the visibility of their work.

“Online repositories such as the Digital Archaeological Record (tDAR) and The Grey Literature Network Service (GreyNet) are excellent venues for women and non-academics to get their research out,” Fulkerson said. “Professional societies and other organizations might also consider creating regionally specific online resources in order to facilitate engagement with the broader community.”