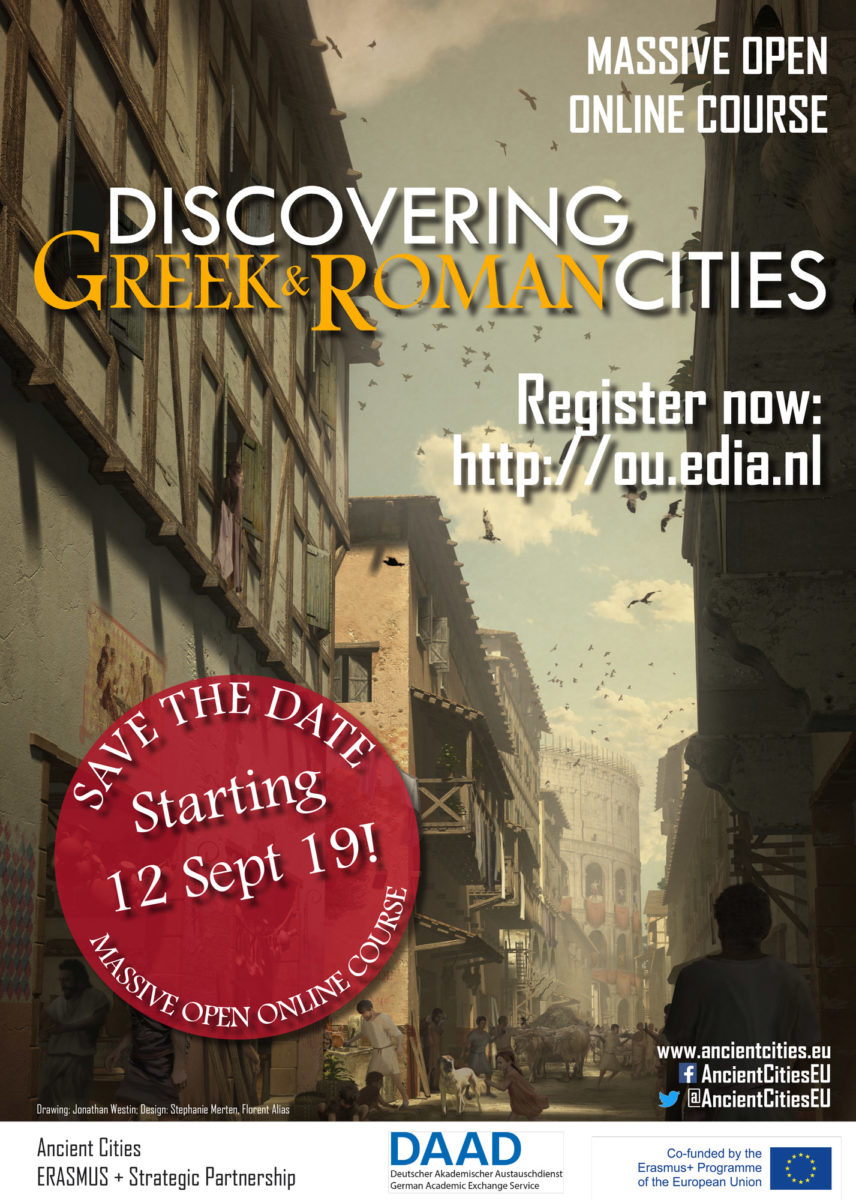 by Archaeology Newsroom
In this trilingual Massive Open Online Course (MOOC) — English, French, German —, an international team of experts from six different universities will explore the many facets of Greek and Roman cities. They will discuss mega cities like Rome, centres of international commerce like the Greek city of Delos and Palmyra in the Syrian Desert, regional centres of production like Pompeii, and frontier towns like Dura Europos on the Euphrates.

The world of ancient Greece and Rome was a world of cities. City-states dominated Greece in the first millennium BCE, and in the Roman Empire, urban societies thrived from Britain and Spain in the West to Syria and Jordan in the East. Most of the major developments in the political, social, intellectual, and religious history of this period started in cities. Accordingly, cities are the ideal point of departure for the study of life in antiquity.

The legacy of ancient Greek and Roman cities are still keenly felt, in how we physically organize, build and live in our cities today, as well as in how we think about and define cities. The course will explore the connections between ancient cities and their impact on urban life in later periods across the globe.

Drawing on the very latest research, you will explore the most important aspects of ancient urbanism and urbanity. You will obtain knowledge of the layout and the history of Greek and Roman cities and you will learn about the life of their inhabitants, from emperors to the common people. You will develop a basic understanding of the approaches and methods of urban archaeology and you will experience the diversity and the relevance of ancient heritage for Europe, the Mediterranean, and the Near East. Furthermore, you will learn how ancient cities form the foundation of not only how our cities look today, but also how they function.

Participation in the course does not require previous knowledge. It is open to anybody with an interest in archaeology, architecture, history or cultural heritage. Participation is free of charge. If you want to obtain a certificate of completion, you will have to watch all video lectures and complete the quizzes with a success rate of at least 80%.