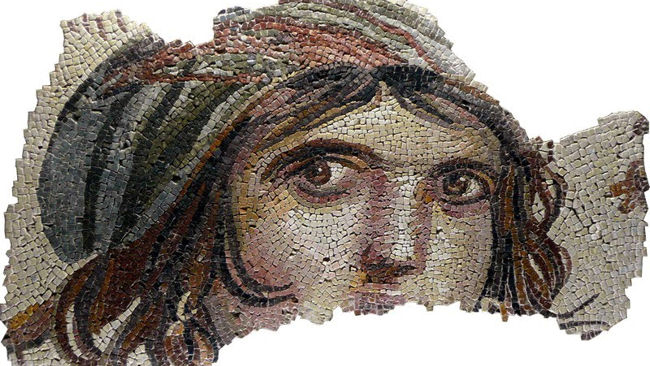 The Zeugma Mosaic Museum in Gaziantep, the world’s largest mosaic museum, has been drawing thousands of people from Turkey and the world.

The museum encompasses pre-Hellenistic cultures and the Greek and Roman empires. Zeugma, thought to have been founded in 300 BC by Seleucus I Nicator, a general in Alexander the Great’s army, is considered among the four most important settlement areas under the reign of the kingdom of Commagene. It was named for the bridge of boats, or zeugma, which crossed the Euphrates there. It grew over countless centuries because it was located at the easiest crossing of the river, exactly where major trade routes in the ancient world linked east and west as well as north and south.

Zeugma became a vital military center during the Roman Era. At its peak the population of the city reached 80,000 people. For about two centuries, the city was home to wealthy residents, businessmen, military officers, governors and other notables, who built impressive homes and villas distinguished by magnificent mosaics. Because of Zeugma’s position at the center of international trade and commerce, these mosaics represent a treasure trove of information about the interaction and assimilations of ancient cultures over the centuries.

These treasures -and an abundance of other valuable artifacts ranging from frescoes to burial objects- remained unknown for millennia. It was only in 2000, after suspected vandalized artifacts appeared in museums and private collections and when plans for new dams on the Euphrates meant that much of Zeugma would be forever flooded, that an ambitious excavation project was launched. During the excavations homes, public buildings and market squares that contained one of the largest and most important collections of Roman mosaic art ever found came to light. Ultimately, a decision was made to build a museum to display the precious mosaics. It opened to the public on 9 September 2011.

The 90,000-square-foot museum features a 7,500-square-foot exhibition hall and replaces the Bardo National Museum in Tunis as the world’s largest mosaic museum.

The museum, which received the Presidential Culture and Arts Grand Award last year, hosted 175,000 visitors from Turkey and around the world in 2012.

The museum also received three other rewards in 2012, Aykanat said. “It received the Presidential Culture and Arts Grand Award in the field of archaeology. 2012 was the year of the Zeugma Mosaic Museum. It also got the Best Cultural and Tourism Investment Awards in July and the TripAdvisor Excellency Award in October.”

Gaziantep to be known for museums

Although Gaziantep typically conjures up images of food and industry among most people, this is changing, said the director. “Even though it is known for its industry and foods, the city is progressing to become the city of museums. From now on, it will also be remembered for its various museums. There are other museums in the city in addition to the Zeugma Mosaic Museum. Those who visit the city to see this museum also get a chance to see other museums.”

The Gaziantep Zeugma Museum also has a greater range of color harmony compared to Tunisia’s Bardo Museum. The Tunisian mosaics have nine color harmonies while Zeugma has 13 color harmonies that are preserved with special methods to prevent the loss of any features.