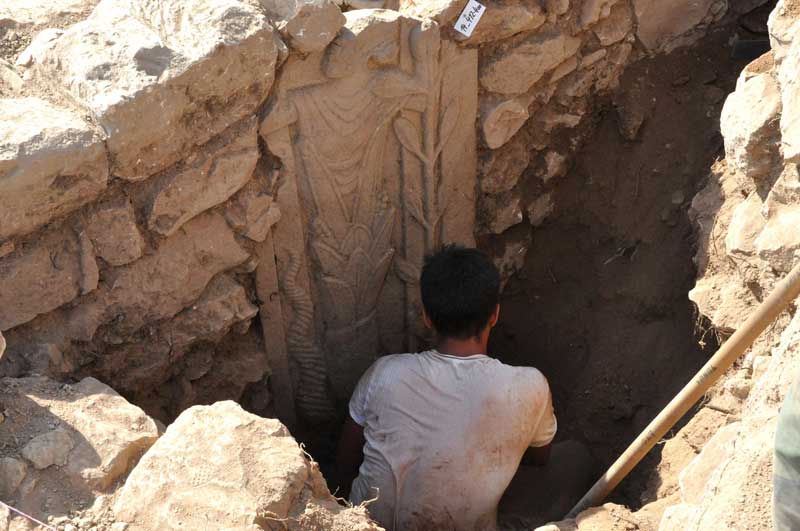 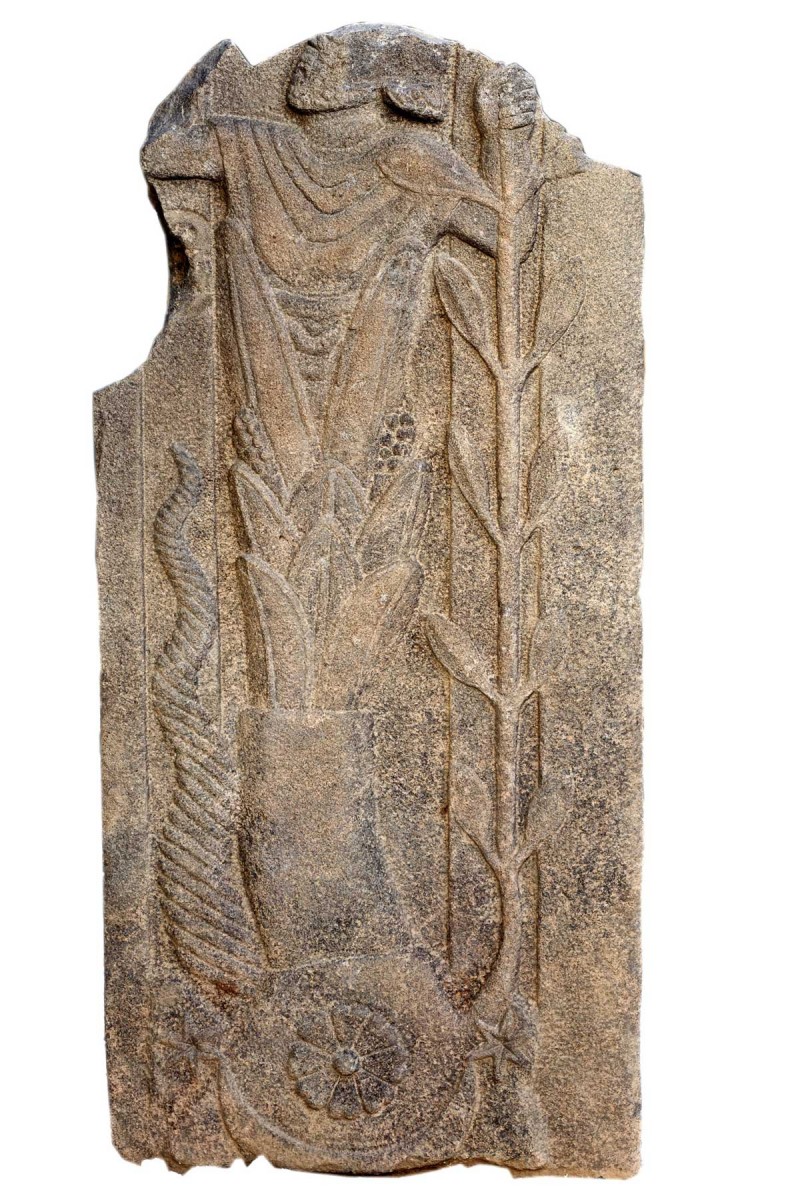 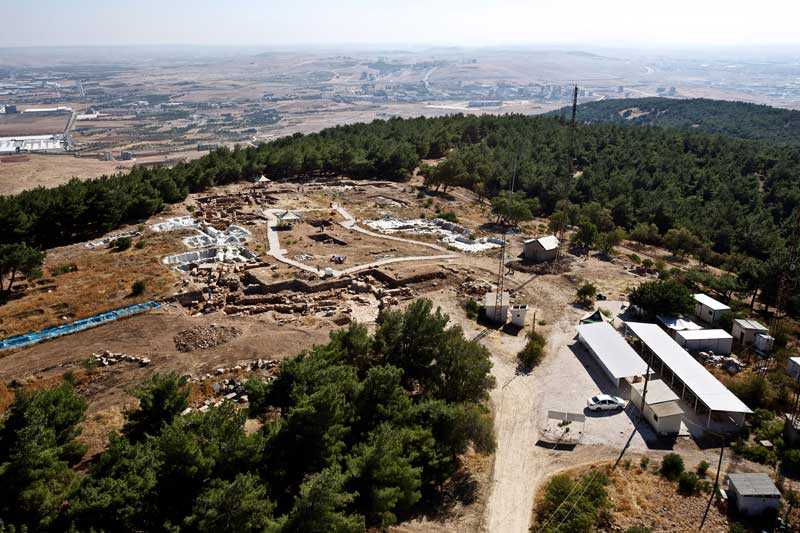 According to a first assessment, the one and a half metre (five feet) high basalt stele which was used as a buttress in the wall of a monastery shows a fertility or vegetation god, as classical scholar and excavation director Prof. Dr. Engelbert Winter and archaeologist Dr. Michael Blömer of the Cluster of Excellence “Religion and Politics” said after their return from the sacred site of the god Jupiter Dolichenus close to the ancient city of Doliche in Southeast Turkey. “The image is remarkably well preserved. It provides valuable insights into the beliefs of the Romans and into the continued existence of ancient Near Eastern traditions. However, extensive research is necessary before we will be able to accurately identify the deity.”

In the field season 2014, the 60-strong excavation team uncovered finds from all periods of the 2,000-year history of the cult site, such as the thick enclosing wall of the first Iron Age sanctuary or the foundations of the main Roman temple of the god Jupiter Dolichenus, who became one of the most important deities of the Roman Empire in the 2nd century A.D. His sanctuary is situated close to the town of Gaziantep on the 1,200 metres (3,900 feet) high mountain of Dülük Baba Tepesi. The archaeologists found the stele in the remains of the Christian monastery, which was erected on the site of the ancient sanctuary in the Early Middle Ages.

Archaeologist Blömer described the depiction: “The basalt stele shows a deity growing from a chalice of leaves. Its long stem rises from a cone that is ornamented with astral symbols. From the sides of the cone grow a long horn and a tree, which the deity clasps with his right hand. The pictorial elements suggest that a fertility god is depicted.” There are striking iconographic details such as the composition of the beard or the posture of the arms, which point to Iron Age depictions from the early 1st millennium B.C.

This year’s excavation activities concentrated on exploring the medieval monastery of Mar Solomon (St. Solomon). “The well-preserved ruins of the monastery complex permit numerous conclusions regarding life and the culture in this region between Late Antiquity and the time of the crusaders”, according to Prof. Winter. Until 2010, when the international team discovered the remains of the monastery, experts had known of it from written sources only. According to the archaeologist Blömer, “All finds from this year’s excavation season are important pieces of the puzzle, contributing to the knowledge concerning every phase of the long history of this holy place.” The history stretches from the early Iron Age and the Roman sanctuary known throughout the empire to the long utilisation as a Christian monastery, which still existed at the time of the crusaders.

Preparing the excavation site for tourists

Work on an archaeological park is in progress which is to make the outstanding temple complex and the monastery ruins accessible to the public at large. The monastery ruins were preserved and encased with a special fleece material. The complex protection measures were made possible by cooperation with the Turkish Zirve University in Gaziantep, which provided about 200,000 Euros for three years. For the digital documentation of the area, the team uses a quadrocopter, a remotely piloted vehicle with a 3-D camera, developed by the Institute for Geoinformatics of the University of Münster. A visitors’ trail signposted in three languages, which was completed in 2013, leads to central areas of the excavation site. An initial large protective shelter was erected.