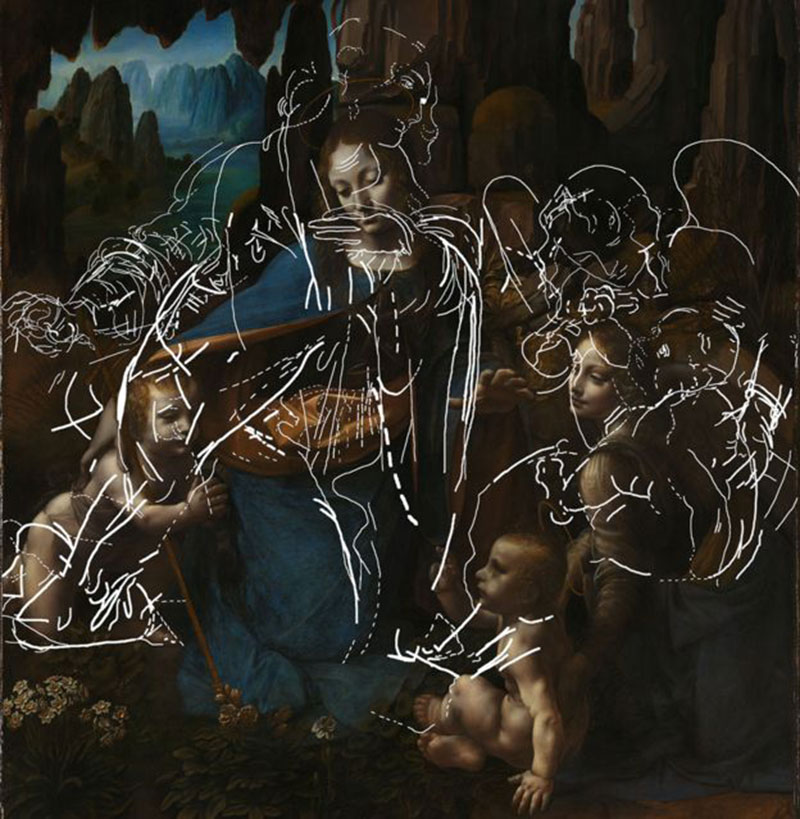 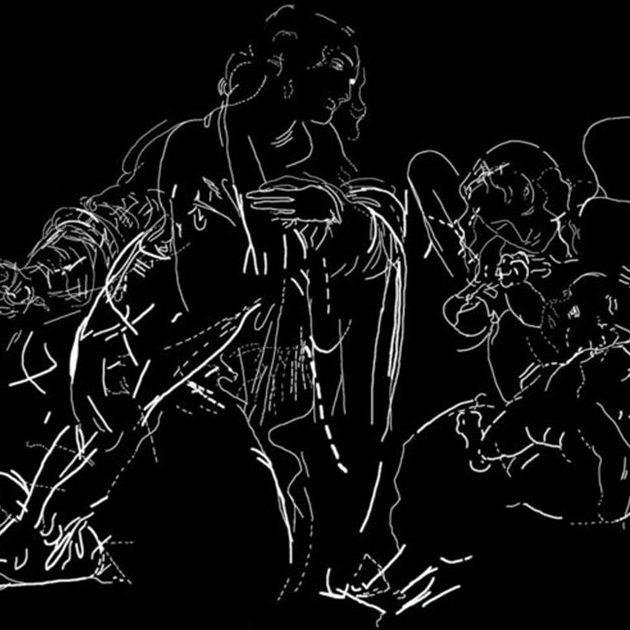 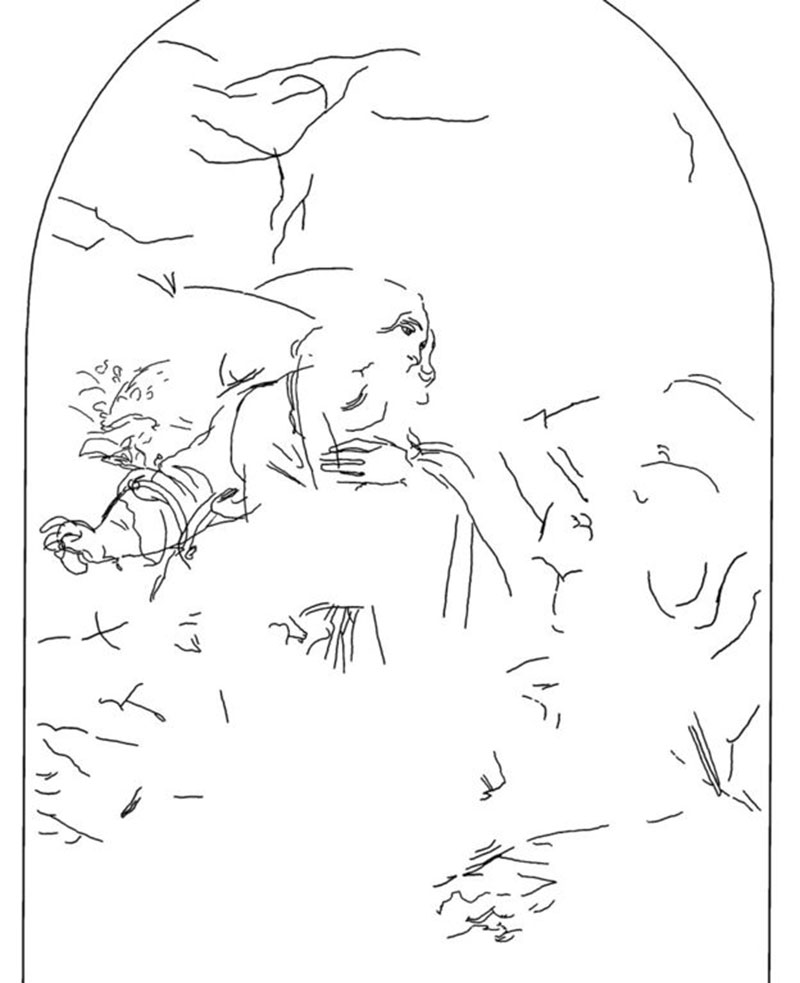 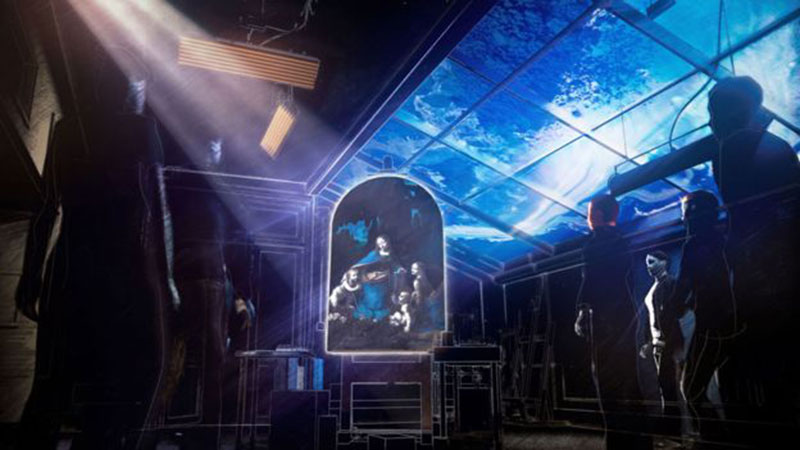 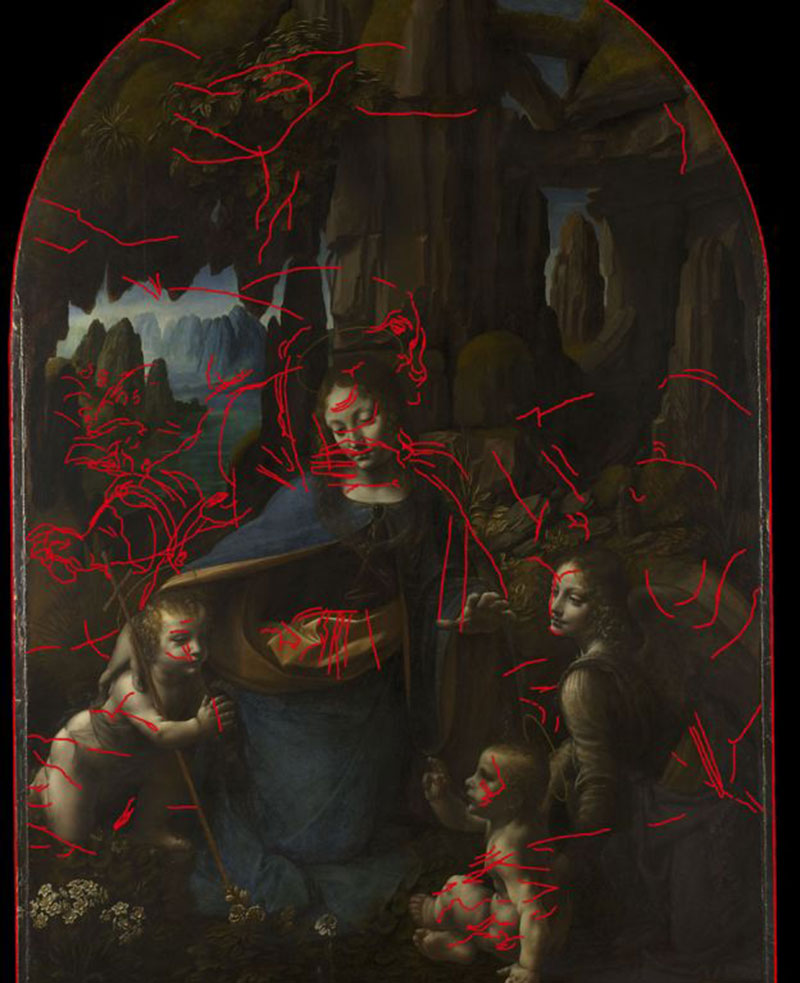 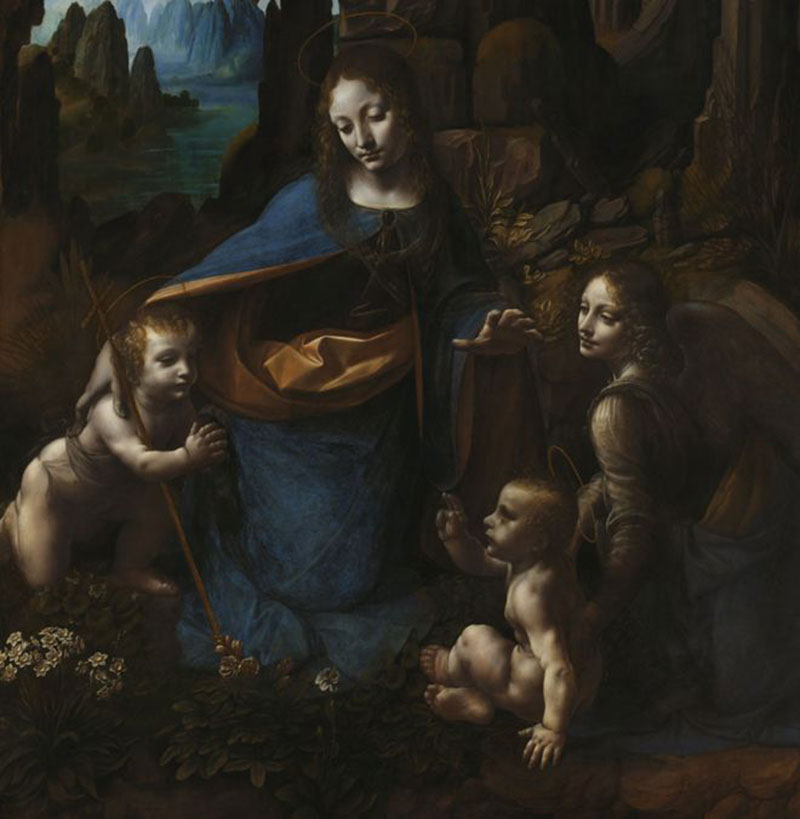 With the use of cutting edge technology

Two different drawings of the ‘Virgin of the Rocks’ by Leonardo da Vinci lying beneath the painting have been revealed with the use of cutting edge imaging techniques. The research was carried out by the National Gallery in London

The figures of the painting are depicted in two distinct drawings in different poses. In the first drawing the infant Christ is embraced by an angel more tightly and both are positioned higher up, while the Virgin is depicted looking at them. The second underdrawing is more similar to the final version, but the infant Christ’s head is seen in profile and some parts of the angel’s curly hair have been removed. This second version displays the artist’s characteristic elaborations and adjustments from drawing to painting.

The new images were discovered due to a material used for their making which contained zinc. Macro x-ray fluerescence (MA-XRF) maps along with new infrared and hyperspectral have showed where this chemical was present and researchers were able to recreate the initial drawings.

An exploration of Leonardo’s genius as a painter focusing on the ‘Virgin of the Rocks’ will be offered to visitors of the National Gallery, marking 500 years after his death. The ‘Leonardo: Experience a Masterpiece’ will take place at the ground floor galleries which will be completely transformed into a space that investigates this painting and the inventive mind that created it.

A wide range of multi-sensory experiences will be presented across four separate rooms. Visitors will be able to step inside a similar chapel setting and see what art historical research suggests the painting’s setting may have looked like. They will be able to explore Leonardo’s own research, which informed the specific compositions in the painting. In addition they will see how Leonardo used his scientific studies to create strong effects of light and shadow in his painting. The modern process of discovery in a conservation studio, where the mysteries and secrets of a painting are uncovered, will also be brought to life with visitors being able to engage in detail with the latest findings underneath ‘The Virgin of the Rocks’.