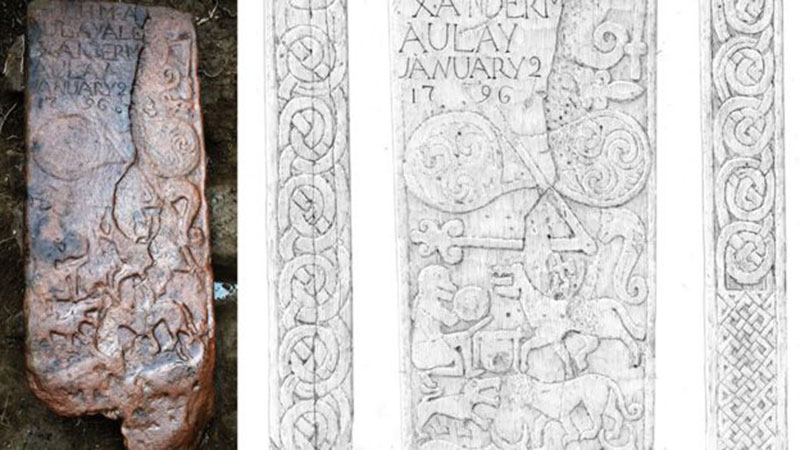 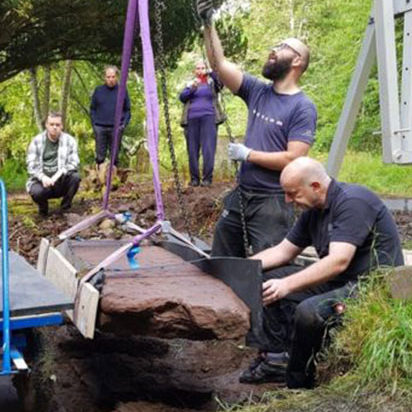 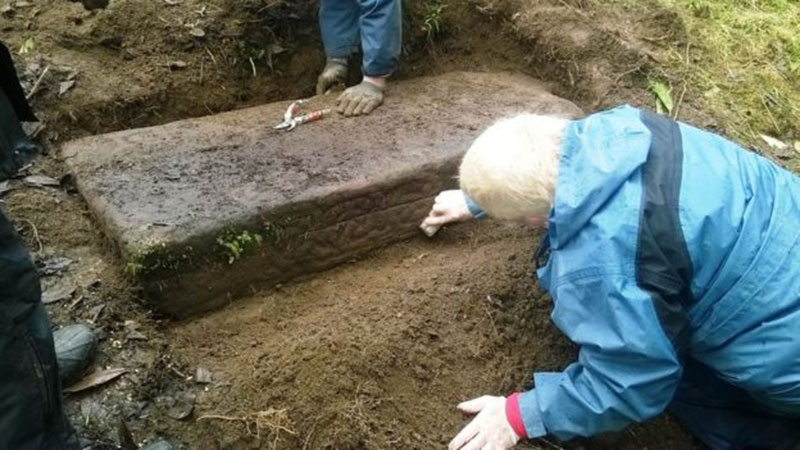 It was reused in the 1790s as a grave marker

Archaeologists in Scotland have discovered a rare 1,200-year-old Pictish carved stone that could be a cross slab. The discovery is quite important since about 50 complete cross slabs have been found so far. The discovery was made in the Highlands, at an early Christian church site in Easter Ross, near Dingwall, while the North of Scotland Archaeological Society (NOSAS) was carrying out a survey.

The stone which was carved by Picts bears carved symbols and was reused as a grave marker in the 1790s, as is indicated by an inscription on the top left of the front reading: “Hugh McAulay Alexander McAulay January 2 1796.” Cross-slabs were standing stones with complex designs created by the Picts. The recently discovered one was probably about 2.4 metres tall, though only about a metre of it is preserved. The designs on its surface include mythical beasts, such as a hippocamp, an animal headed warrior with sword and shield, a centaur wielding an axe, as well as a cauldron, two oxen, a double disc and a Z rod. The carvings on the reverse side of the slab are not discernible yet, but experts say that the common Pictish practice was to carve a large ornate Christian cross.

The symbols carved on the slab are more similar to the ones on Pictish stones from Perthshire than from Easter Ross.

The slab was discovered by Anne MacInnes of North of Scotland Archaeological Society, who was carrying out a survey of the church site. She spotted the carving which was hidden in vegetation. Immediately Highland Council archaeologists and HES were brought in to identify the item.

The stone was removed from the site on Thursday and will now be conserved by specialists. It will consequently be on display, probably at a Highlands museum.