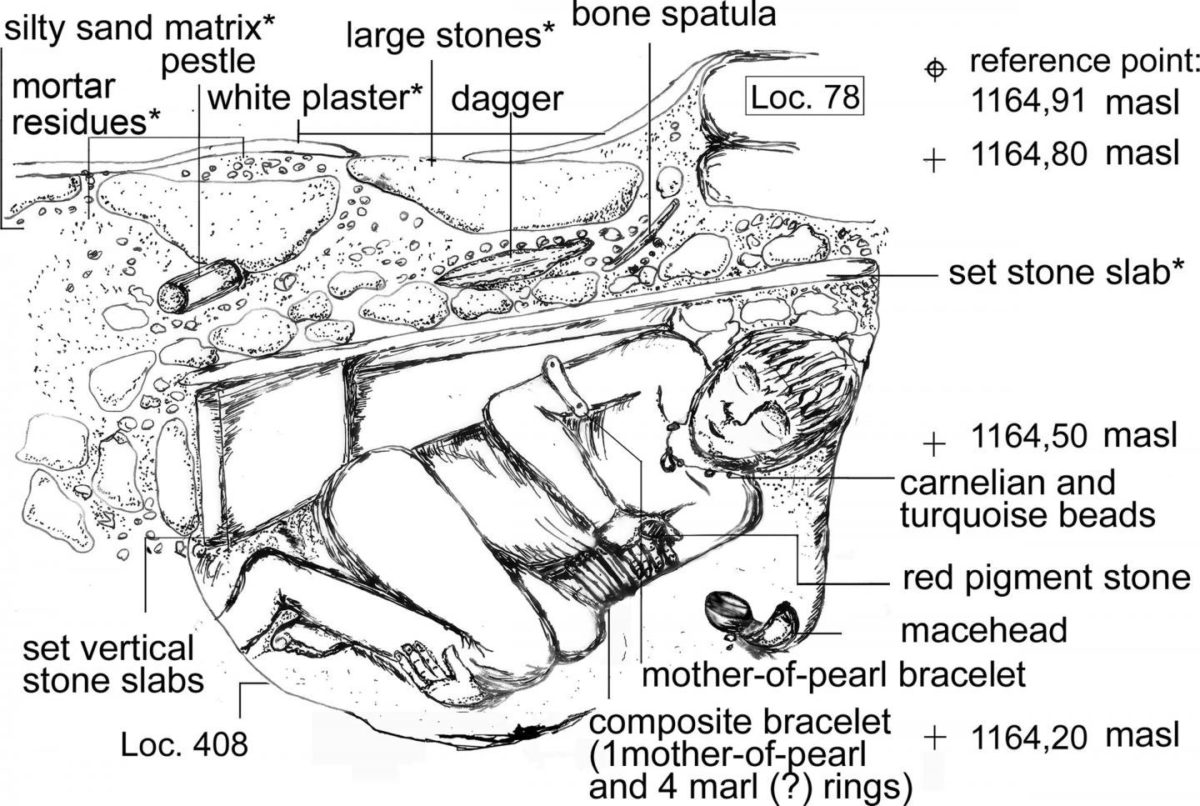 New research provides an insight into hierarchies at the time

Elaborate burial sites can provide insight to the development of socio-political hierarchies in early human communities, according to a study released August 28, 2019 in the open-access journal PLOS ONE by an international team of archaeologists, anthropologists and neuroscientists of the Ba’ja Neolithic Project hosted at the Free University of Berlin in cooperation with the Department of Antiquities of Jordan. The interdisciplinary investigations on the 9000-year-old extraordinary grave studied here gives new evidence on emerging leadership in the first farming villages of the Near East.

As early farming communities gave rise to larger, more complex sedentary societies, new social hierarchies arose, presenting opportunities for individual people to achieve positions of importance. The authors cite two archetypal “pathways to power” such individuals might follow: one self-aggrandizing and often autocratic, and the other more group-oriented and egalitarian. But how these “pathways” were expressed in early cultures remains unclear.

This study focused on a single burial in the Ba’ja settlement of southern Jordan, dating between 7,500-6,900 BC, during the Late Pre-Pottery B Period. The elaborate construction of this grave and sophistication of associated symbolic objects suggest the deceased was a person of importance in the ancient society. The authors suggest that the presence of exotic items in the grave indicate a person who achieved individual prestige by access to trade networks, while the proximity of the grave to other less elaborate graves indicates that they were nonetheless considered close in status to the broader community, not neatly fitting either archetype of a powerful individual.

The authors propose that this sort of data can provide insights into cultural views toward leadership and social hierarchy in early cultures. They also suggest that further investigations of this body and others in Ba’ja, including ancient DNA analysis to illuminate familial relationships, may combine with grave information to create a more refined picture of early community social structures.

The authors add: “We suggest that leadership can be understood only by studying the social contexts and the pathways to power (not only the burials of extraordinary individuals). In fact, studying rich tombs to interpret social structures has been done before, but our new approach emphasizes the social environments of leadership. The key study of the elaborate burial of the late PPNB site of Ba’ja lets us surmise that access to leadership was possible through corporate leadership-type of primus inter pares than by autocratic coercive power.”