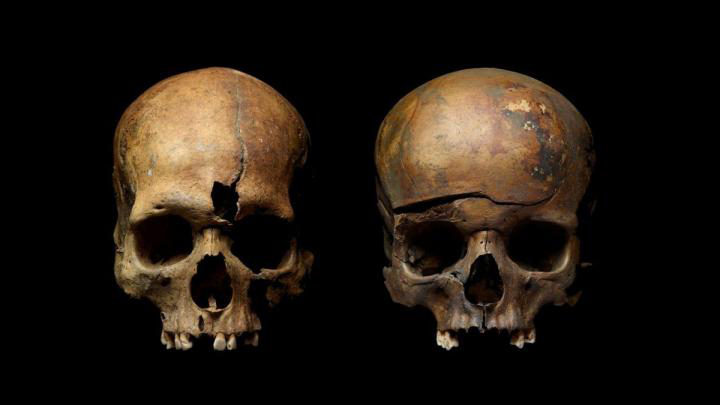 Recreating the overall picture of the fall of the city Yaroslavl

Researchers from the Moscow Institute of Physics and Technology and the Russian Academy of Sciences Institute of Archaeology have used DNA testing to prove close genetic kinship between three individuals buried in a mass grave following the capture of the Russian city Yaroslavl by Batu Khan’s Mongol army in 1238. This confirms the hypothesis made by archaeologists and anthropologists after studying the remains of 15 persons interred on a historic estate.

“In addition to recreating the overall picture of the fall of the city in 1238, we now see the tragedy of one family,” said Asya Engovatova, deputy director of the Institute of Archaeology, RAS, and head of excavations on the Yaroslavl site. “DNA analysis has shown that there were remains of genetically related individuals representing three generations. Anthropological data suggest these were a grandmother aged 55 or older, her daughter aged 30 to 40 and grandson, a young man of about 20. A fourth member of the family related through the female line was buried in the neighboring mass grave.”

“Importantly, these family relations were initially postulated by archaeologists and anthropologists, and then confirmed by genetic data,” the scientist added. “This makes our research more evidential and allows us to discuss the 13th-century events and way of life with more certainty.”

The researchers announced their discovery at the eighth Alekseyev Readings, an international conference held Aug. 26-28 at the Anuchin Research Institute and Museum of Anthropology in Moscow.

Historical records name Yaroslavl among other cities devastated by Batu Khan’s army during his military campaign against the Grand Duchy of Vladimir in the early 13th century. However, the true scope of the tragedy only became clear in 2005, when salvage excavations began on the site of the city’s Assumption Cathedral, built in the early 13th century, demolished in 1937, and restored between 2004-2010. Over just five years, nine mass graves and over 300 buried individuals who had died a violent death were found, more than in the other ravaged cities. The findings of prior research then enabled a detailed reconstruction of the events: It was proved that the unearthed victims died during the capture of Yaroslavl by Batu Khan’s forces in February 1238.

“Batu Khan’s conquest was the greatest national tragedy, surpassing any other event in cruelty and destruction. It is not by chance that it is among the few such events that made its way into the Russian folklore,” Engovatova said. “What we now know about those raids suggests that chronicle descriptions of ‘a city drowned in blood’ were not merely a figure of speech.”

“The first third of the 13th century saw the conquest of China, Central Asia, the Caucasus, Volga Bulgaria, and the part of the East European Plain where Yaroslavl lies,” the researcher went on. “Some publications of the past 10-15 years took the viewpoint that the inclusion of Rus [the present-day Russia] into the Golden Horde was almost peaceful and voluntary, with practically no major atrocities committed. But it is now obvious this was not really the case.”

One of the mass graves — now identified as No. 76 — was located at the center of the inner city citadel. There, corpses were buried in a shallow pit on a rich homestead burned during the assault on the city. The main wooden house and the outbuildings on the estate contained many artifacts, pointing to the high status of the owners.

That grave in particular attracted the researchers’ attention, because the pit for it was dug on purpose, while the other mass graves nearby were located in the basements of houses and burned-down outbuildings. That kind of burial contradicted the norms of the day and did not observe the ritual. The 15 men, women, and children in the pit were unearthed in different poses, and some of the corpses had badly decomposed by the time they were interred. This strongly suggests that the bodies were simply disposed of in that way, for sanitary reasons.

Many of the corpses bore marks of a violent death on the bones — traces of unhealed piercing and cutting wounds. Some of the bones were burnt, pointing to the fire that ravaged the city.

Fly larvae, shown in figure 1 (left), were found in the remains, indicating advanced stages of decomposition and allowing the researchers to date the burial. By identifying the blowfly species, entomologists knew at what average daily temperature their larvae would reach the observed stage of development. That temperature corresponded to late May or early June conditions.

“The data on the time they were buried are very precise and support the anthropologists’ hypothesis that the corpses had partly decomposed. These people were killed, and their bodies remained lying in the snow for a fairly long time. In April or May, flies started to multiply on the remains, and in late May or early June they were buried in a pit on the homestead, which is where they probably had lived,” Engovatova said.

Anthropologists studying the remains were the first to hypothesize kinship between some of the buried individuals. This was suggested by epigenetic feature similarities: the presence of a birth defect known as spina bifida, a persistent metopic suture, an expressed osteoma on the cranial vault, and intercondylar fossa characteristics.

The anthropology group also inferred possible intermarriages within the family from certain abnormalities that are characteristic of children born from such marriages. Apart from that, the members of this family suffered from tooth decay more than the other buried individuals. Since it predominantly develops in connection with a diet rich in sugars and carbohydrates, the family apparently consumed more sugar and honey than their average contemporaries.

Kharis Mustafin and Irina Alborova led the research team from MIPT’s Historical Genetics, Radiocarbon Analysis and Applied Physics Lab, which undertook a complex molecular and genetic study of the remains of eight buried individuals. The team cleaned the archaeological samples of bones and teeth, pulverized them, and recovered the ancient DNA. Its analysis revealed the same mitochondrial DNA mutations in three individuals, while studying autosomal DNA markers supplied the data on how closely the persons were related. In addition, one mitochondrial DNA line pointed to a fourth possible maternal relative, buried in a neighboring grave.

“Genetic studies have confirmed the relationship between three of them. They were probably members of the same wealthy, high-ranking family,” Engovatova said. “The location of the estate at the center of the citadel confirms this, and so do the archaeological finds made on the estate. Even a hanging seal was found. This might well be the very family that owned the rich homestead excavated 3 meters from the grave.”