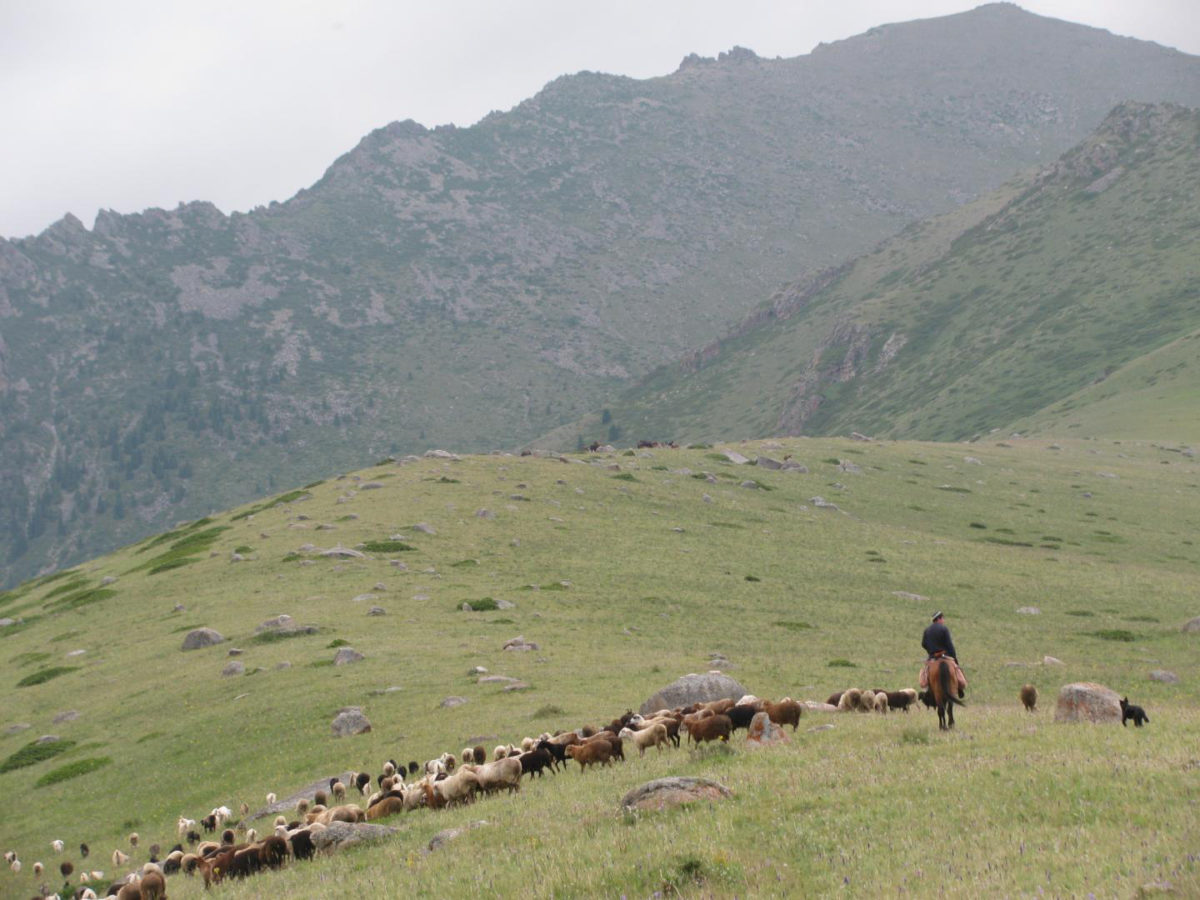 You are what you eat – and sometimes what animals eat – so much so that clues from ancient animal bones can be used to determine how and when humans began growing certain crops in earnest.

New research from Washington University in St. Louis and Kiel University in Germany uses DNA from the skeletal remains of sheep and goats to show that animals first domesticated in the Near East had reached eastern Kazakhstan, at the settlement of Dali, by 2700 BC. The DNA also reveals that these animals were fed millet grain first domesticated in China to help them survive harsh winters.

The study draws upon field work and museum collections as part of a longstanding scientific partnership between Washington University, led by archaeologist Michael Frachetti of Arts & Sciences, and the Institute of Archaeology in Almaty, Kazakhstan.

The mountainous site of Dali is located near the crossroads of cultural and genetic change during the Early and Late Bronze Age in a region that Frachetti calls the Inner Asia Mountain Corridor.

“The most important finding for me is the presence of a well-developed pastoralist economy using Chinese millets at 2700 BC,” said Taylor Hermes of Kiel University, co-lead author of the new study in Proceedings of the Royal Society B and a 2007 graduate of Washington University. “This is quite an early date for the domesticated animals to be present in the region, and it is also the earliest dated evidence that millets had spread out of China. This suggests that it took domesticated sheep and goats from the Near East to have spread all the way to China before millets began spreading widely.”

The spread of domesticated plants and animals through the vast steppe grasslands of Inner Asia nearly 5,000 years ago marked the beginning of the ancient trade routes, later known as Asia’s Silk Roads. However, the exact timing and circumstances of moving crops through this continental crossroads and the case for actual farming, have remained elusive.

“Our previous research showed archaeobotanical remains of both wheat and millet around 2300 BCE in the highlands of Kazakhstan, but there was little concrete evidence to show whether these were trade items or farmed locally,” Frachetti said. He is a co-author and co-director of the underlying archaeological fieldwork.

“We were left to speculate about the integration of intensive farming among Early Bronze Age herders in the region, and if these grains made it into their diet,” he said.

Evidence of cereal consumption can be traced using isotopes found in human bones, but human skeletal remains dating to the third millennium BC are rare.

As a result, reconstructing the seasonal diets reflected in more abundant animal bones is a key approach to assess agricultural production and the scale of local production, the researchers said.

“The evidence we found of people foddering sheep, goats and cattle with millet at various intensities suggests a huge degree of flexibility in food production,” Hermes said. “It may very well be the case that people who lived at Dali and Begash shifted their herding and farming strategies year-to-year depending on environment or social circumstances.

“For now, we can only tell that people were cultivating millet to support their animals’ welfare in the harsh winters of central Asia.”

This study clearly links the westward dispersal of millets – a key indigenous crop of Chinese civilization – to livestock herding by nomadic pastoralists who used farming to enhance their animal-focused worlds.