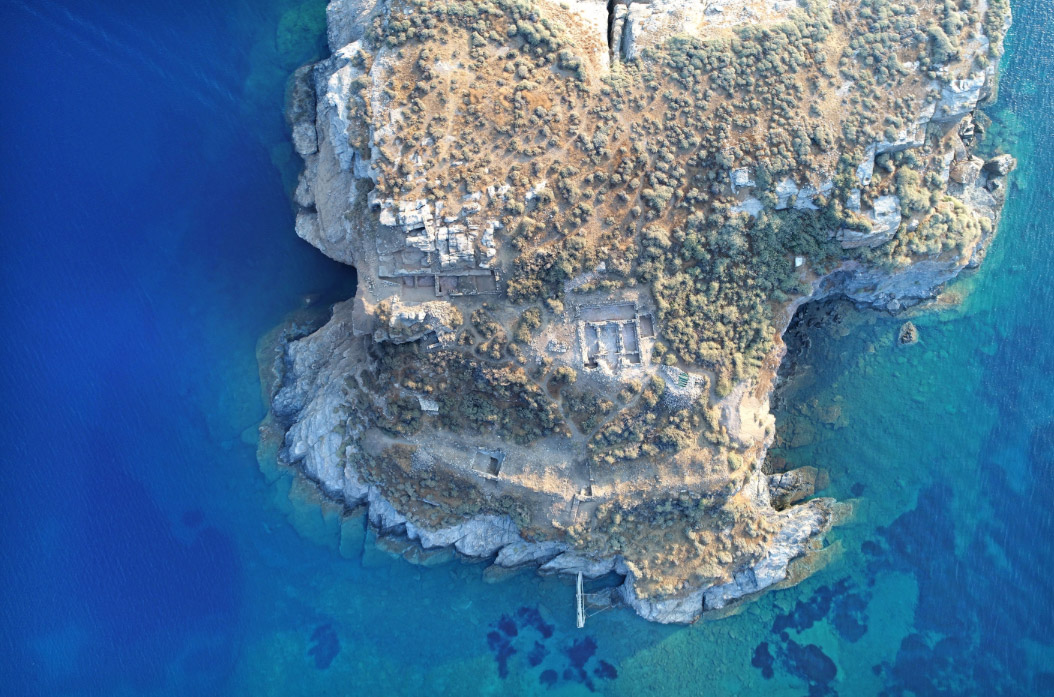 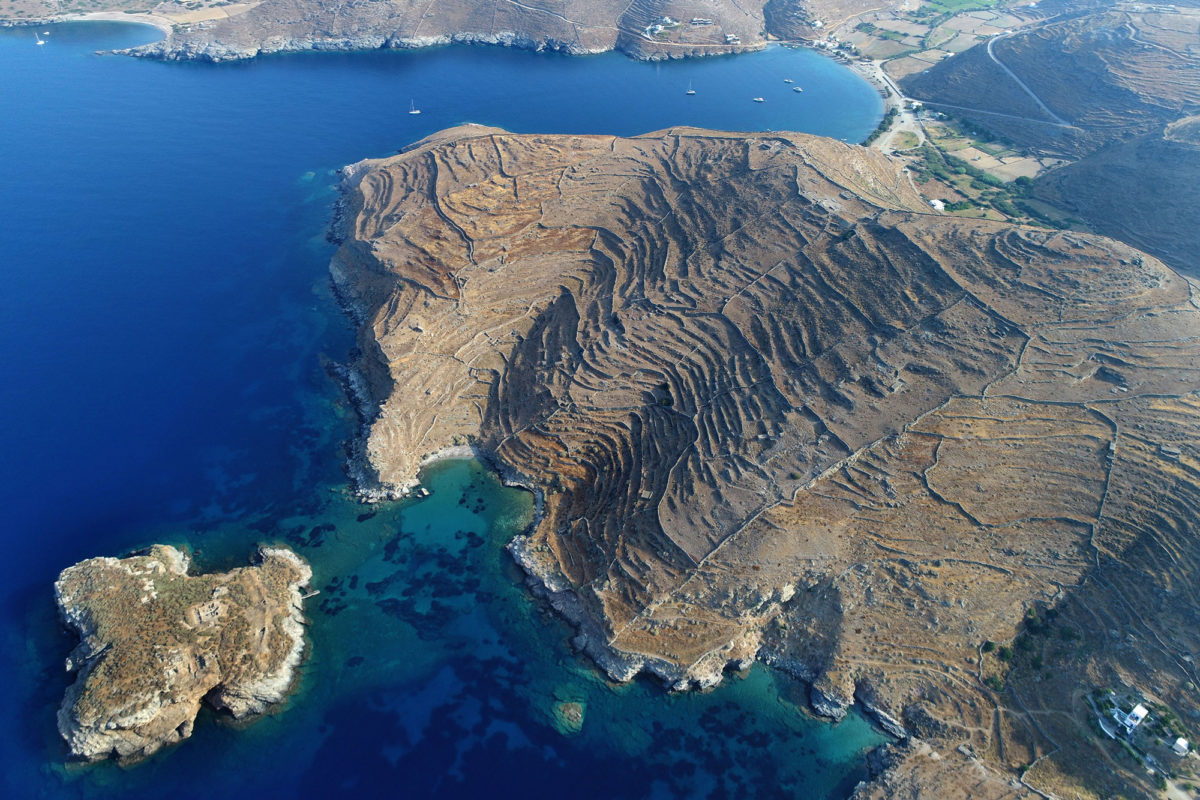 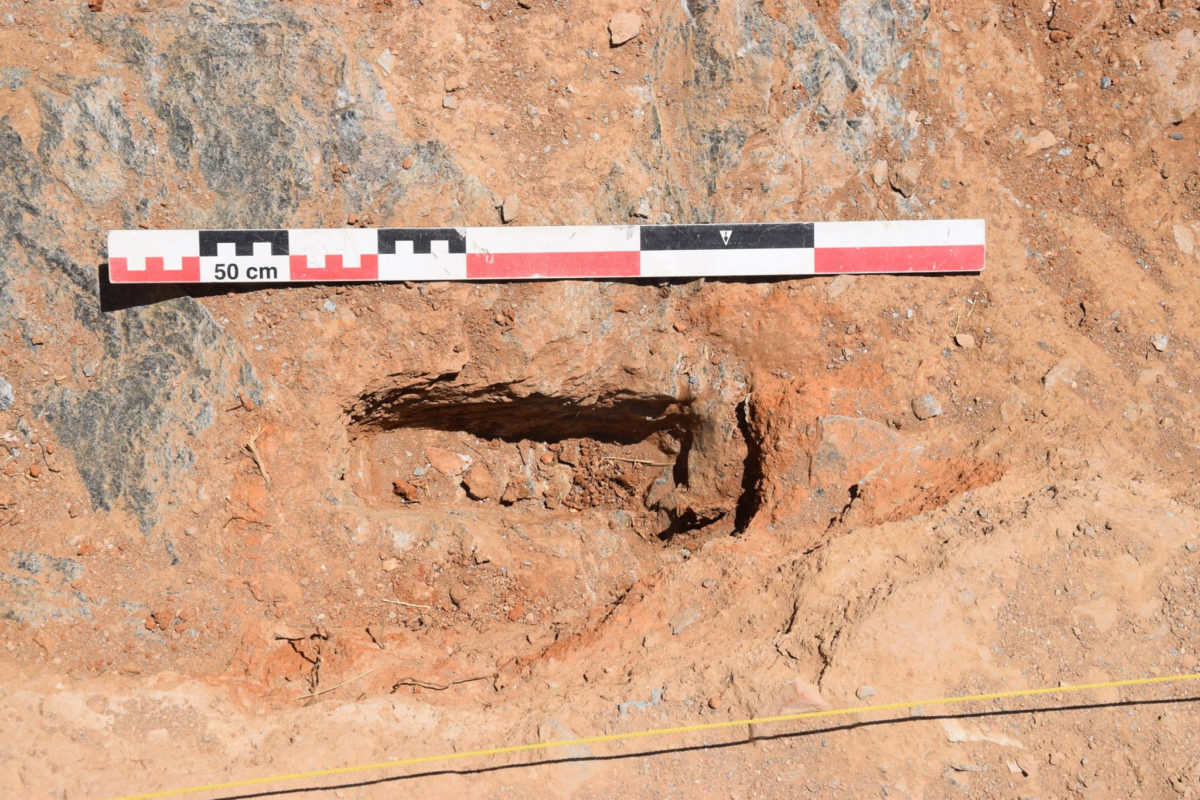 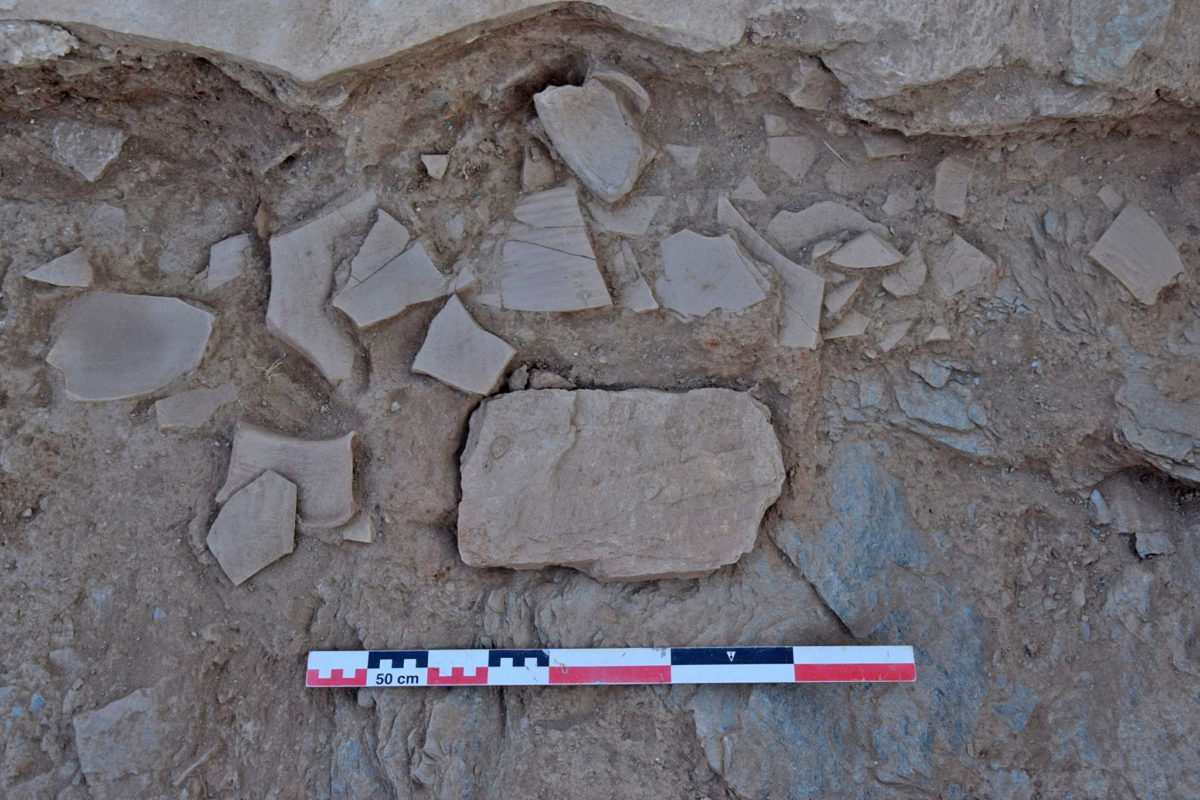 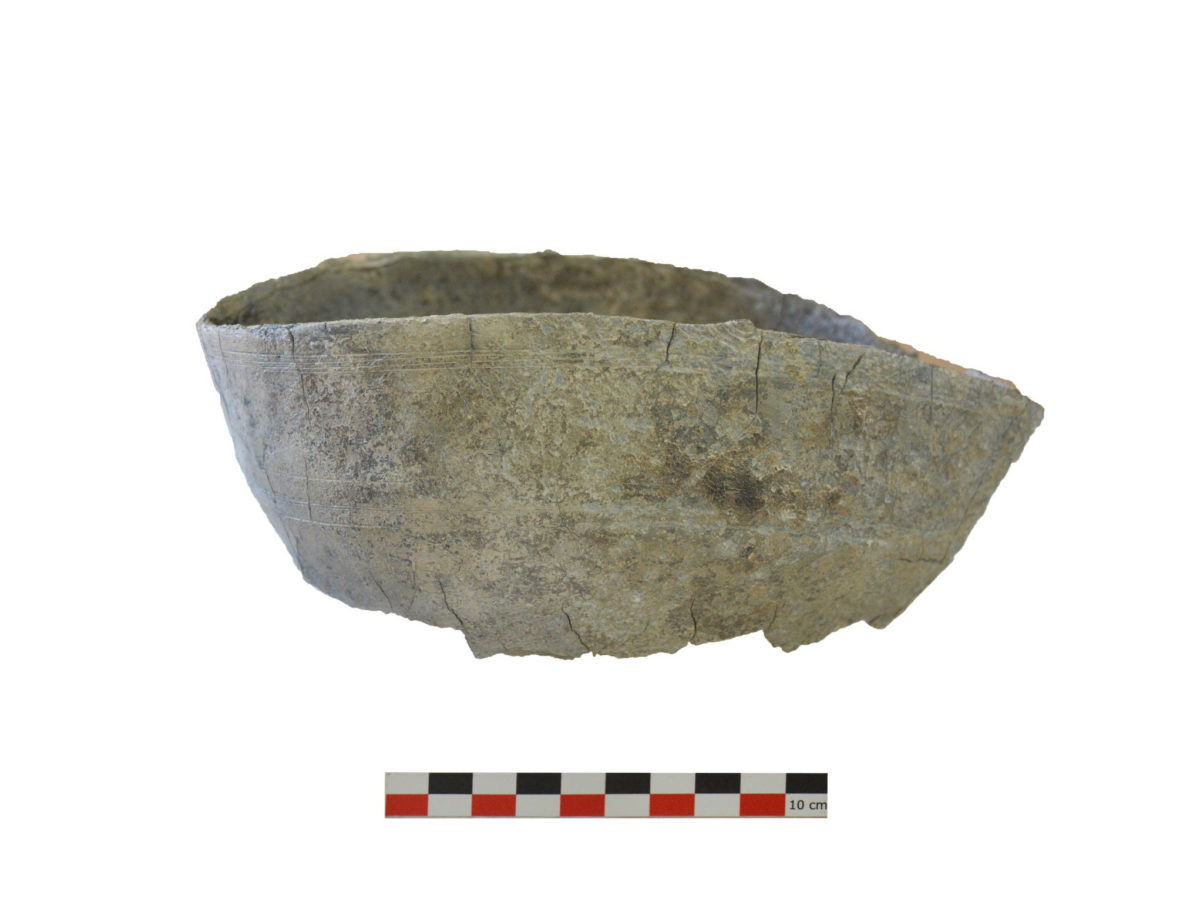 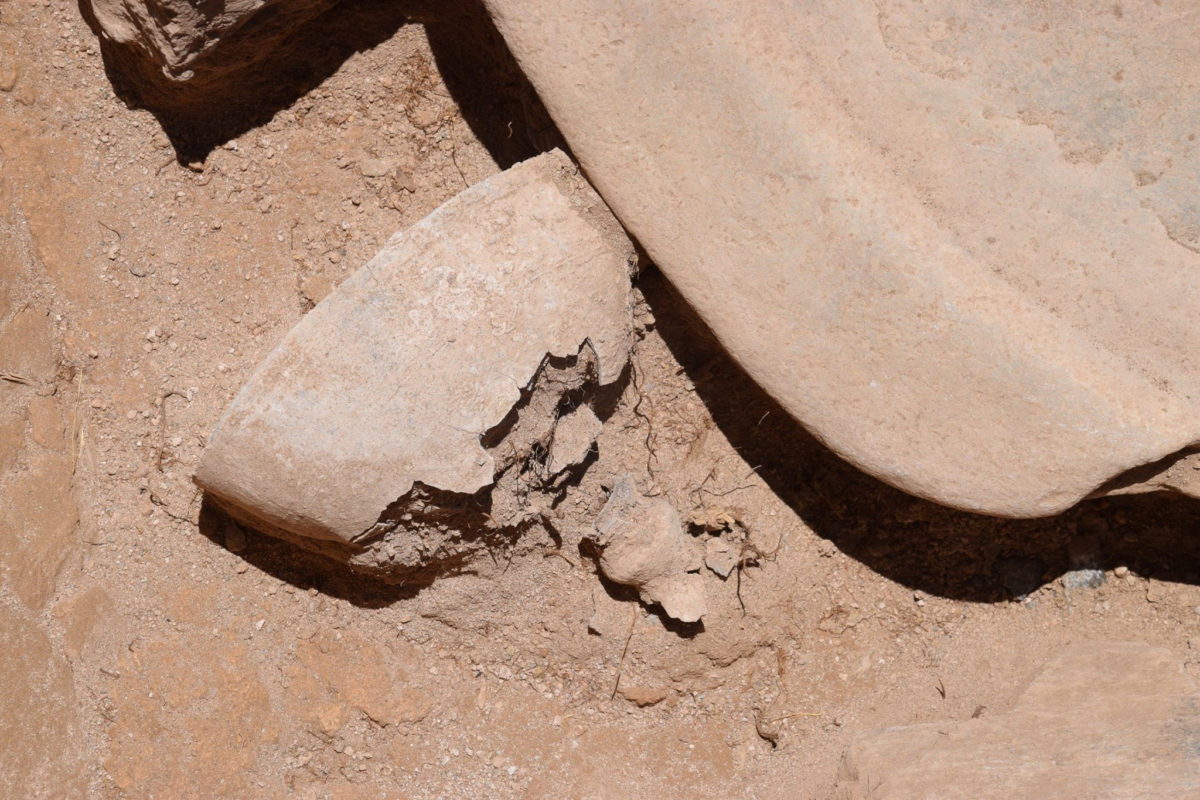 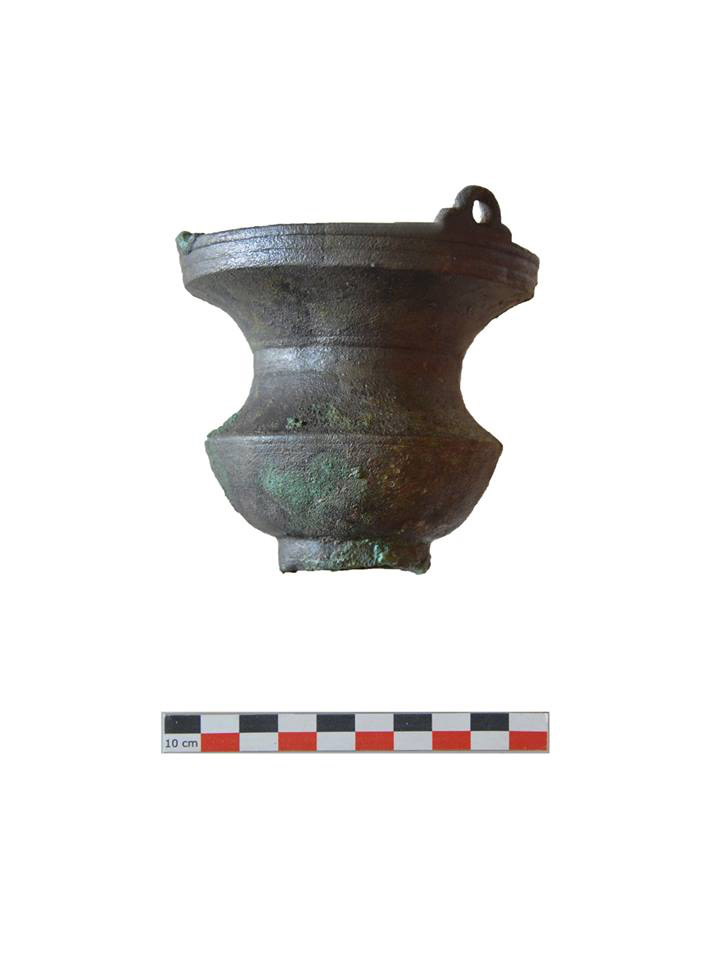 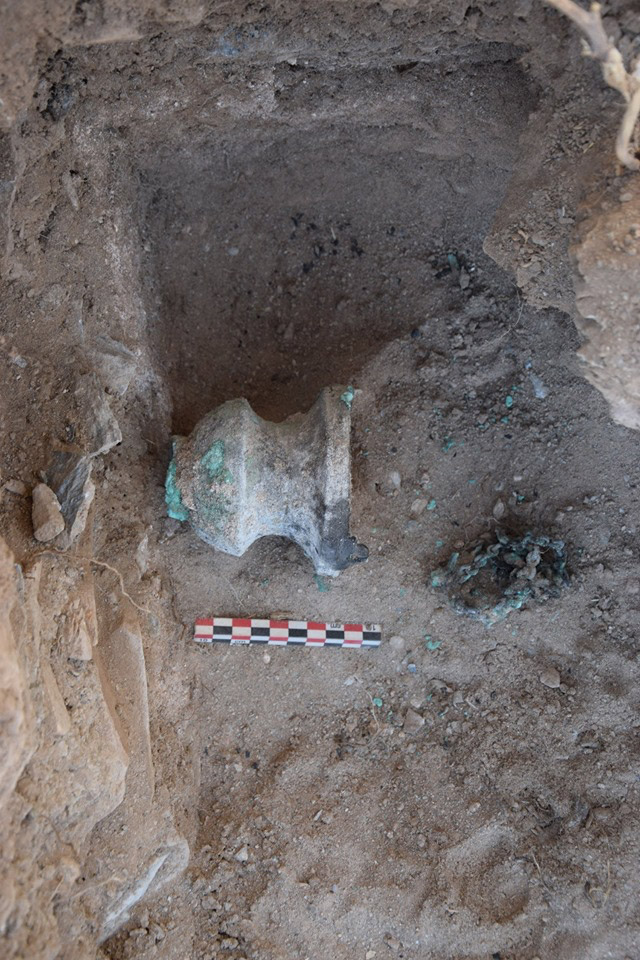 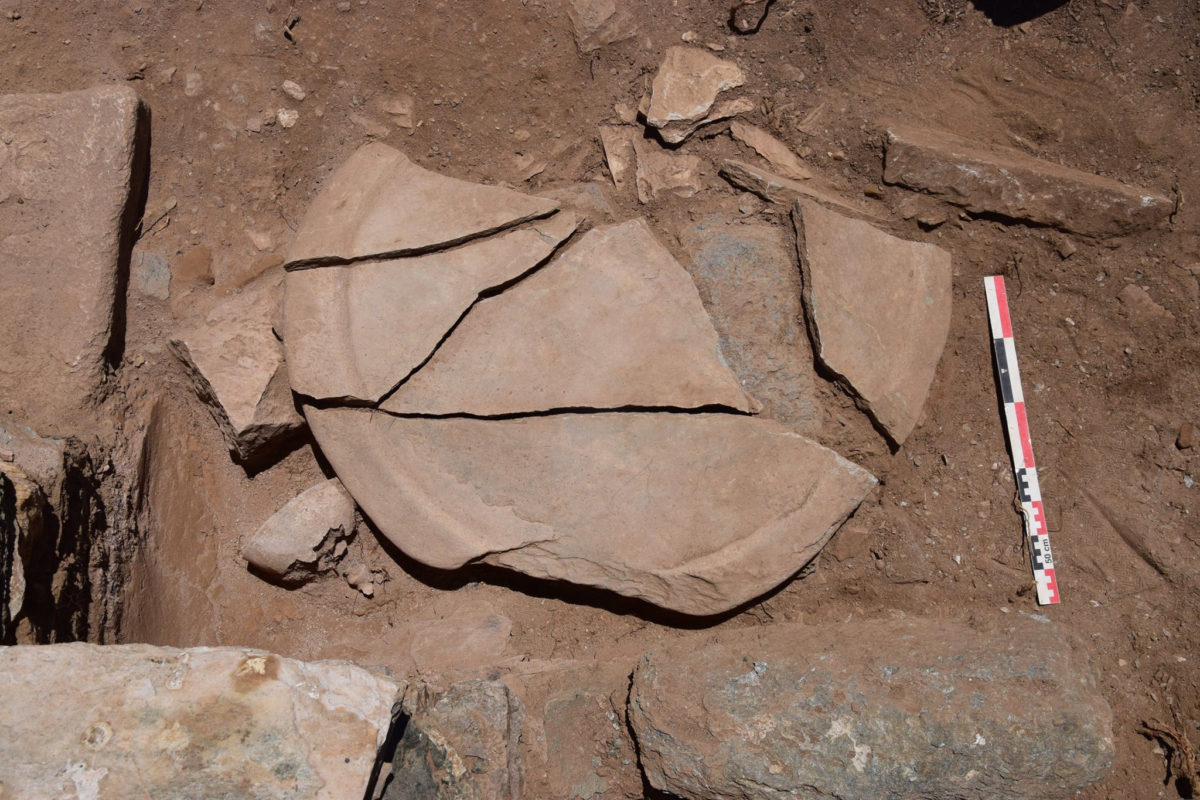 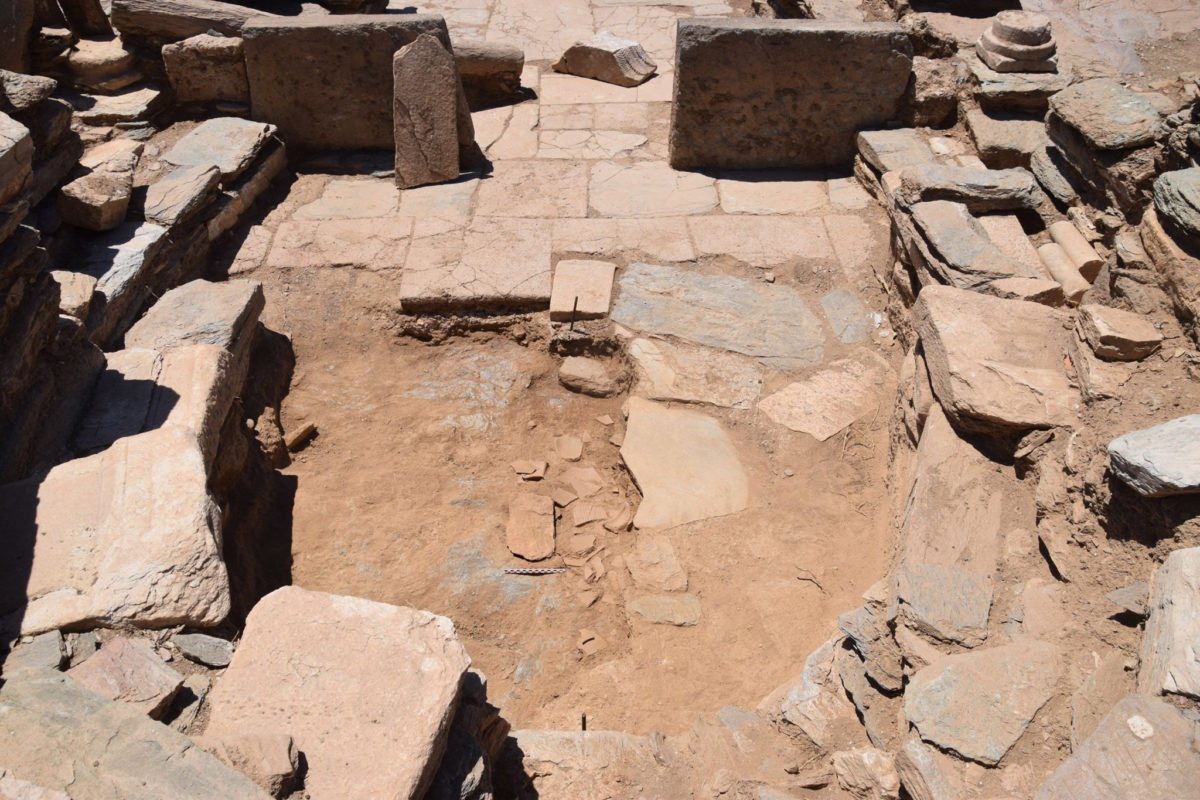 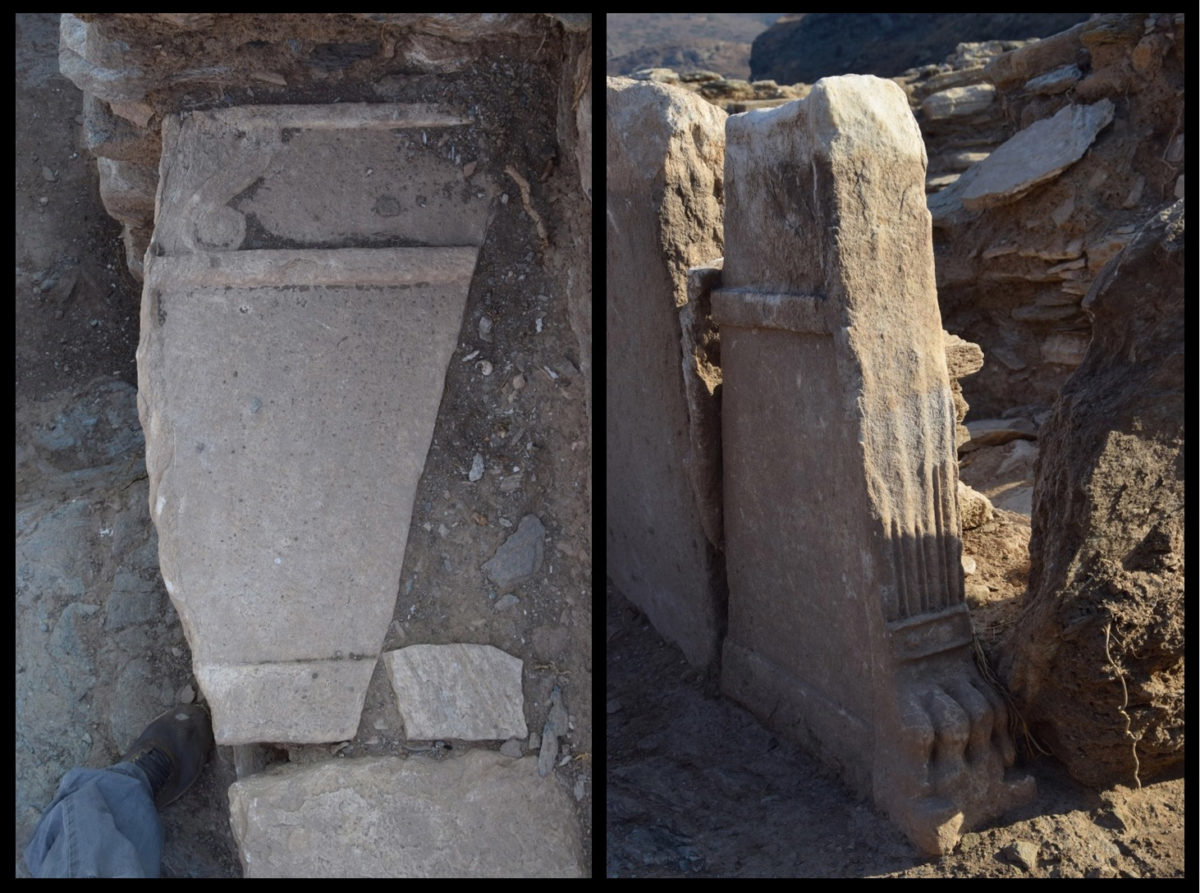 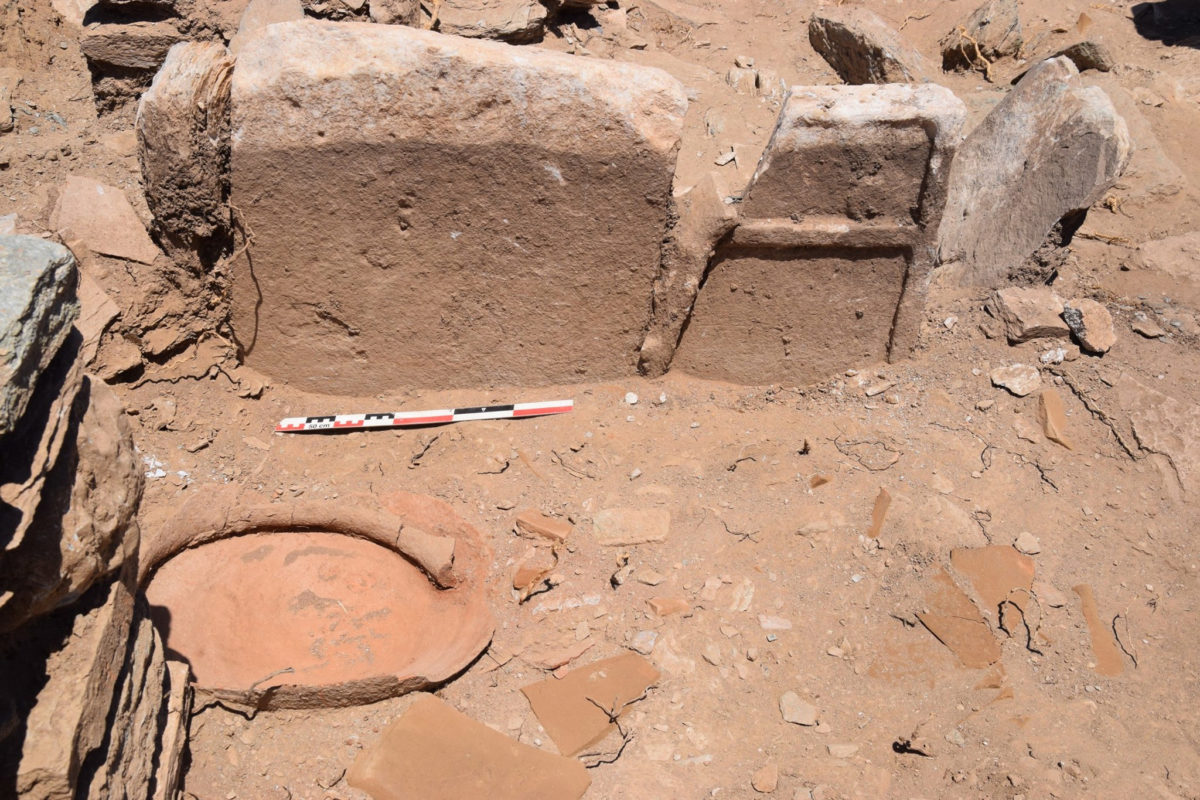 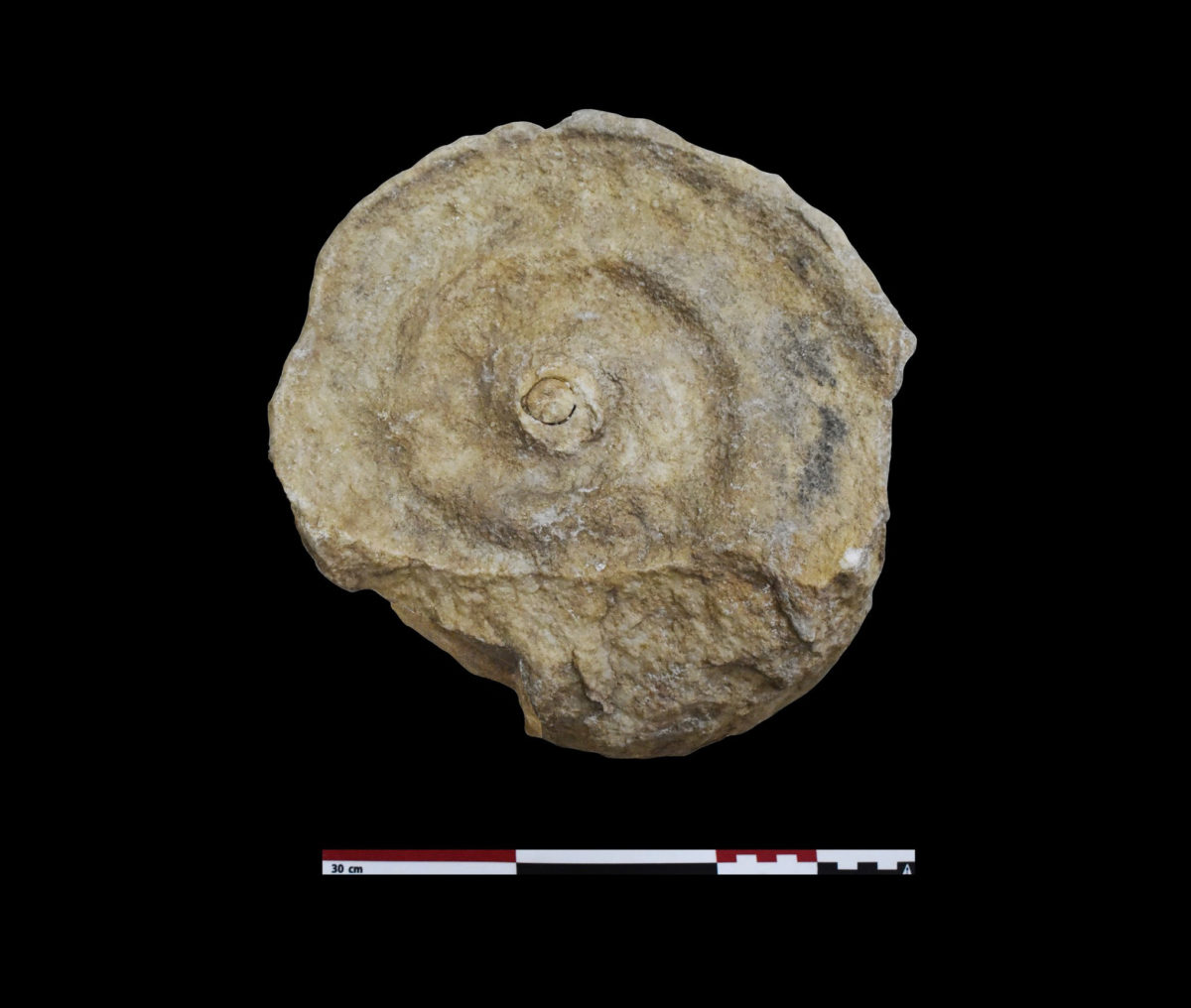 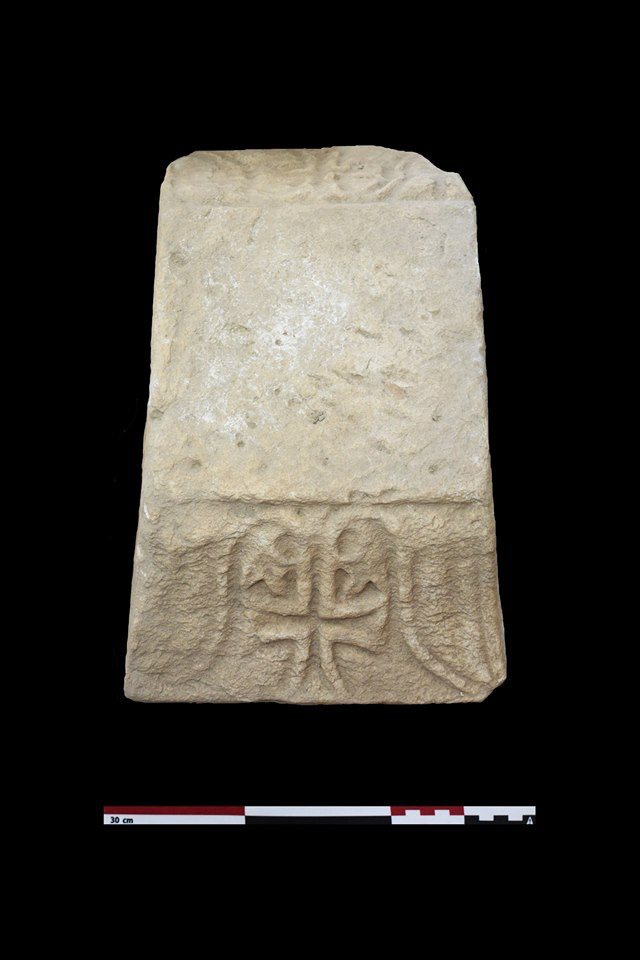 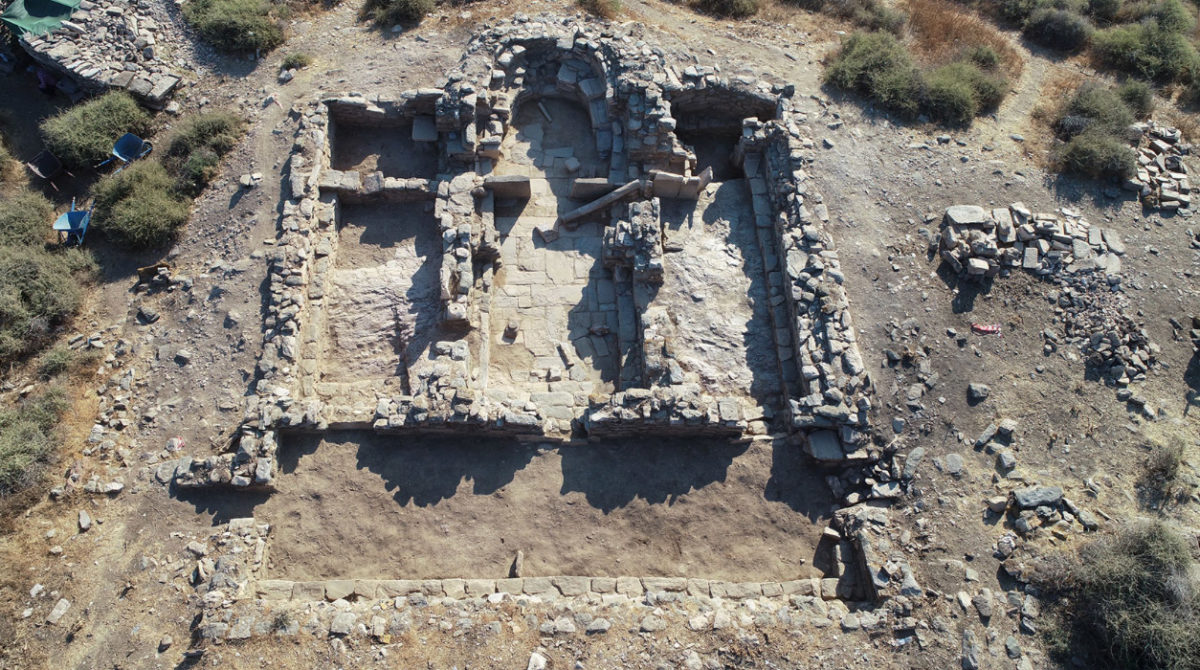 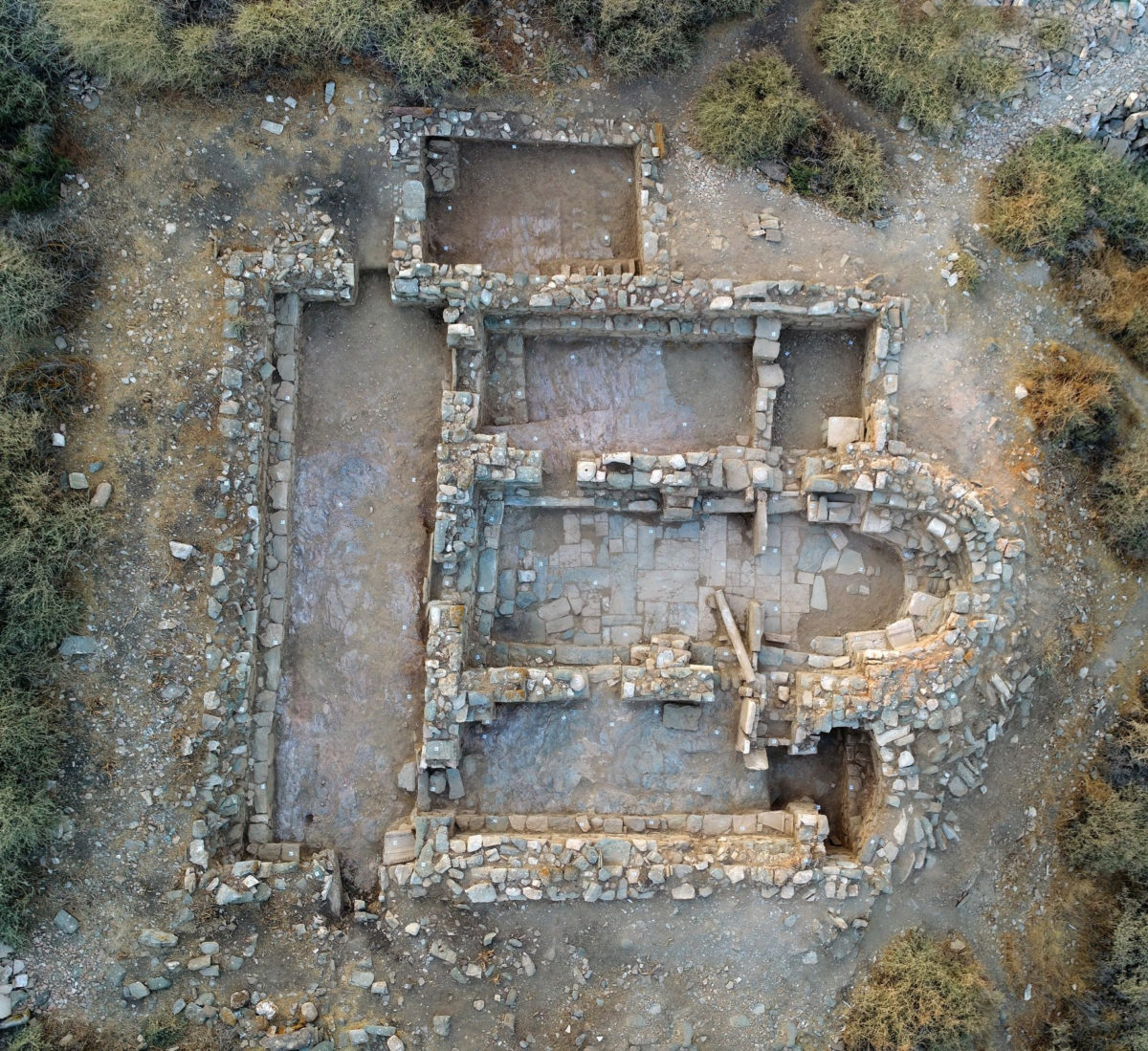 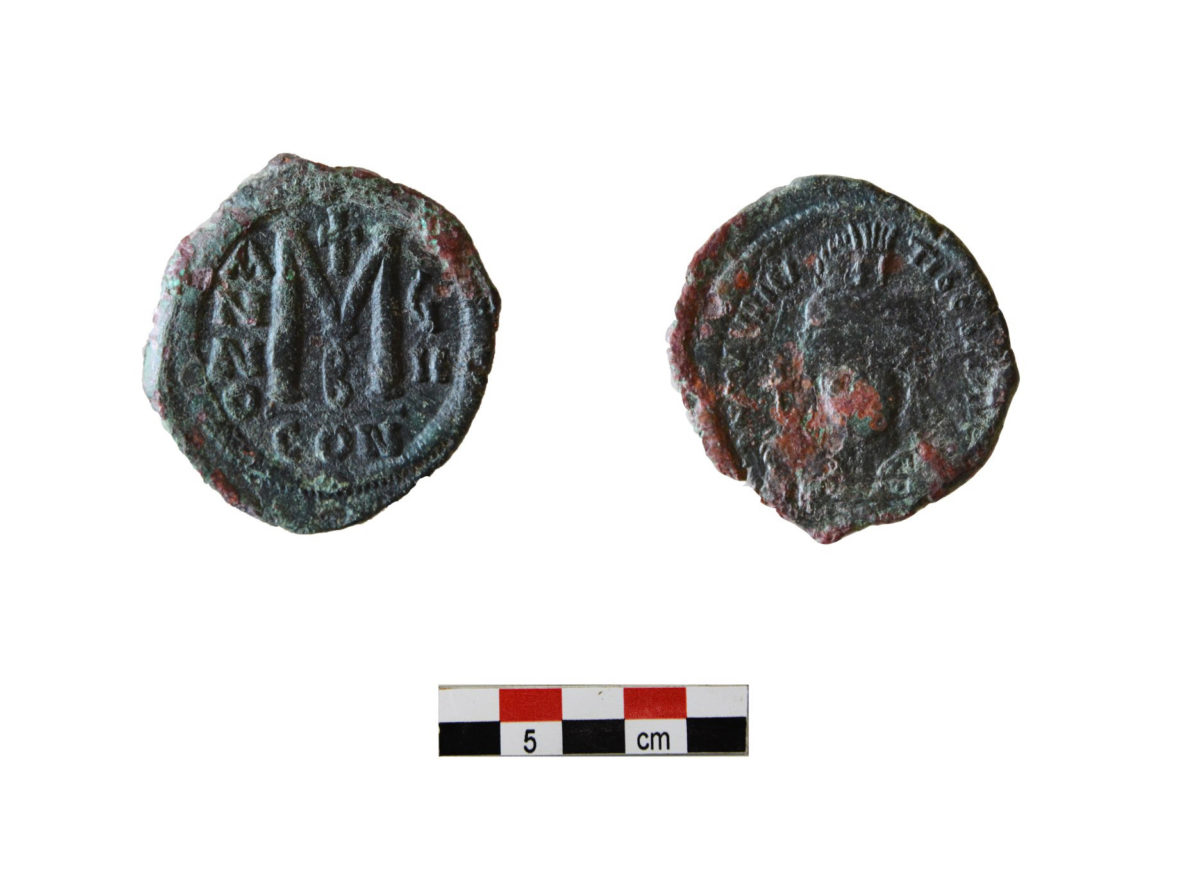 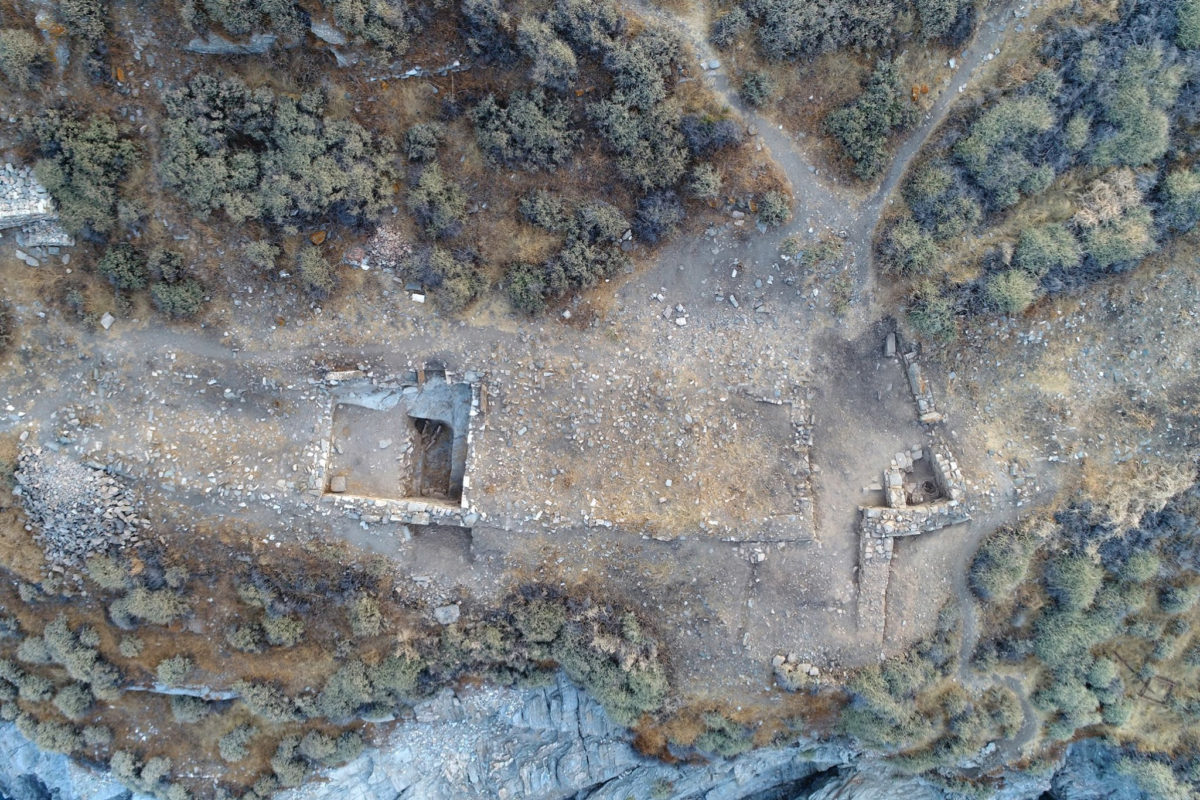 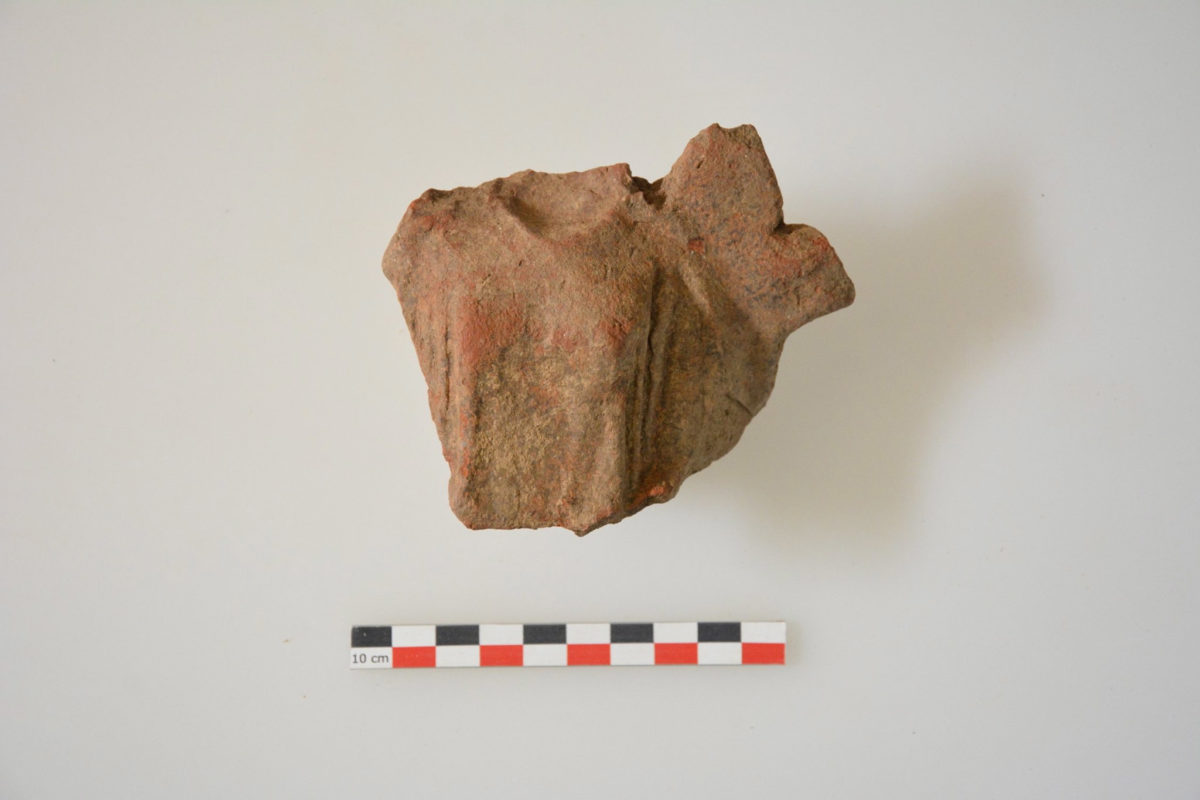 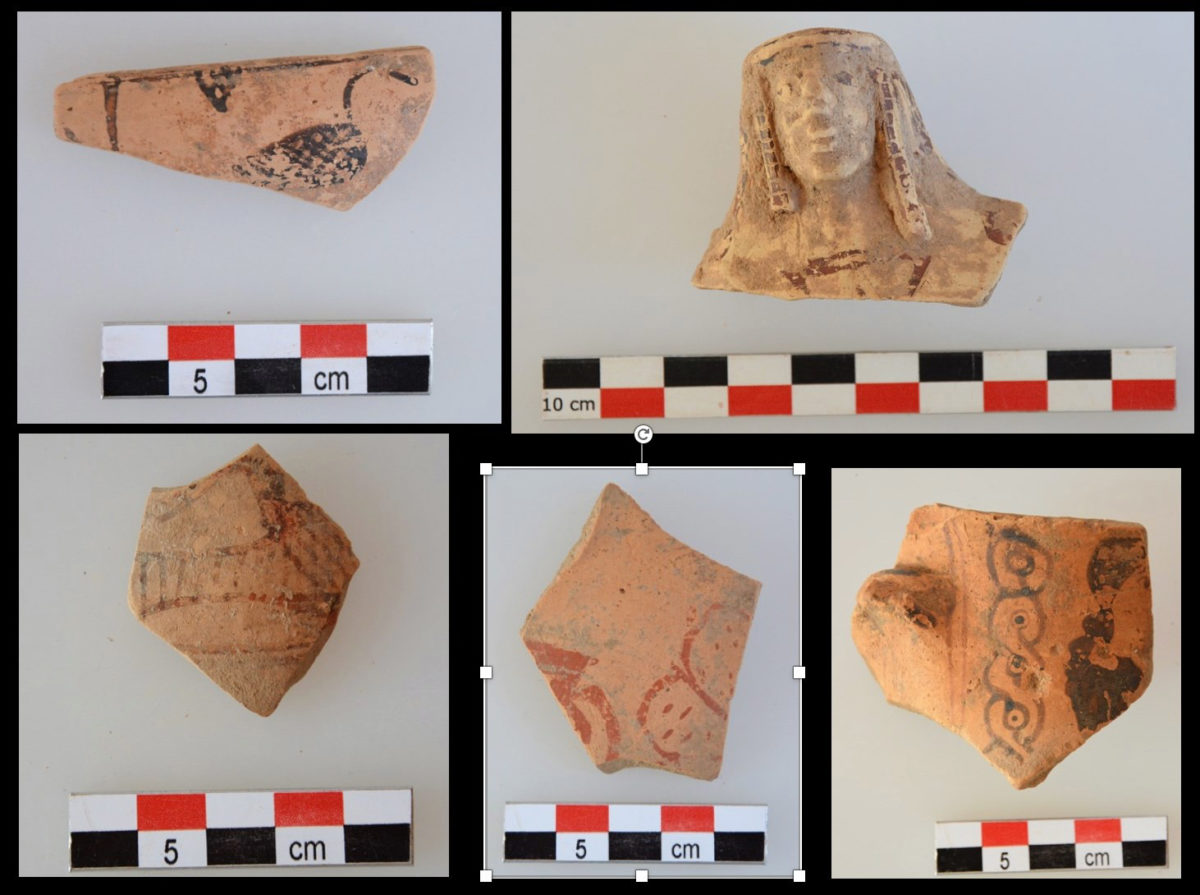 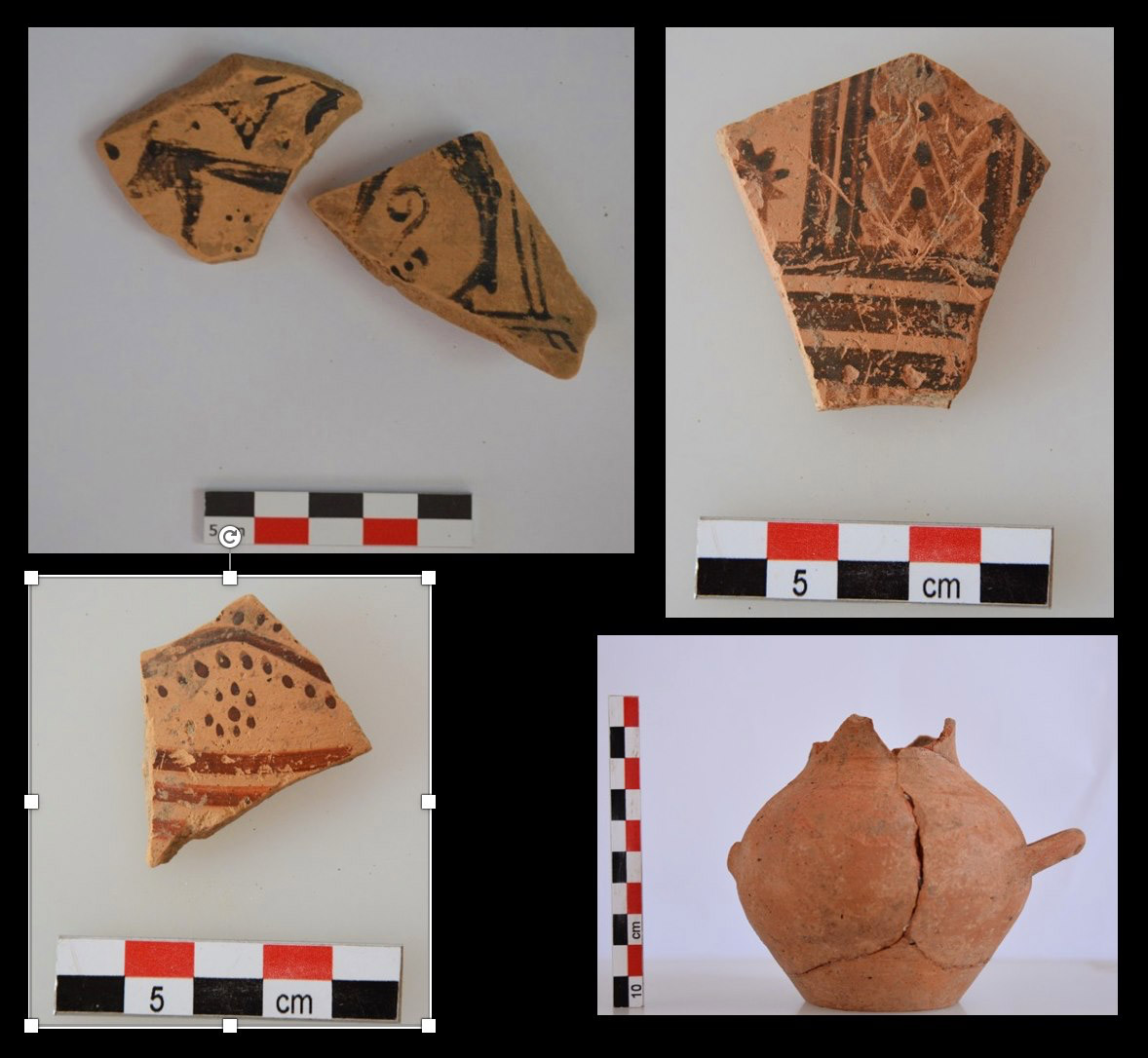 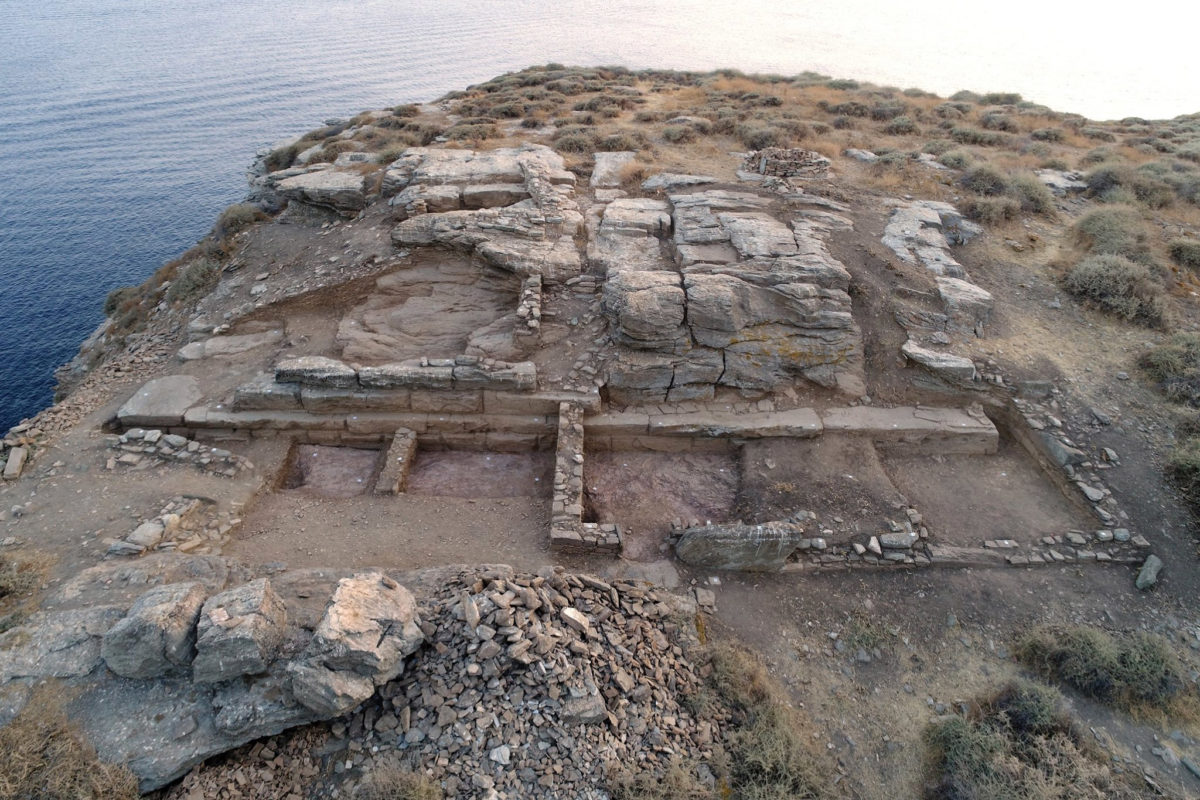 Significant results, were brought to light by excavations on the islet of “Vryokastraki”, opposite “Vryokastron”, the ancient city of Kythnos.

These included an extensive Early Byzantine settlement with part of the coastal wall and gate, an Early Christian basilica, as well as monumental structures belonging to an important ancient sanctuary

On the islet’s southern upper plateau, an almost 22m long monumental terrace was discovered, which can be dated to classical times, both by its isodomic masonry and pottery collected inside a layer of “gravel” which is part of its structure. The findings include excellent quality ceramics of the geometric and archaic eras, as well as some findings of an undoubtedly votive nature (miniature vases, clay female figurines et al). At a distance of 5 meters east of the terrace, the carved rock forms a rectangular outcrop of approximately 11×4m, highly eroded today, which appears to be a monumental altar. The terrace forms a 4.50m high platform, west of which the natural rock forms a spacious terrace with numerous traces of ancient carvings, some of which appear to be related to a monumental temple which had obviously been established here. Careful study of these carvings may perhaps help to clarify to some extent the form of the classical-Hellenistic temple. The identity of the deity worshipped here remains unknown for the time being.

Human activity in the Early Byzantine period was intense and the earlier buildings have been greatly disturbed. Numerous walls and ample spaces partially utilized the somewhat ruined ancient structures. Later pottery dates to the end of the 6th and first half of the 7th century AD. After this period the city of Kythnos appears to have been abandoned and its inhabitants moved to the Castle of Oria, the island’s medieval capital.

The intensive Early Byzantine use of the islet, where the city seems to have been restricted, lasted until at least the 7th century, when it is abandoned, as can also be seen from the findings investigated at the other two sites.

The long Building 2 and the fortifications

The coastal fortifications of Late Antiquity protected the weak eastern part of the islet. The other sides were inaccessible due to vertical rock formations. On the inside of the fortifications were numerous successive rectangular areas, in one of which was found a bronze follis coin of the Emperor Maurice Tiberius (582-602). Investigation a little further north revealed the main entrance to the fortification, possibly protected by a tower. The Late Antiquity fortifications are built on earlier, probably archaic ones joined by areas partially carved into the natural rock. A few finds (ceramics and obsidian tools) of the Early Cycladic period came from backfills, as well as significant quantities of pottery from the Geometric to Roman times.

Excavation was completed this year of the interior of the three-aisled Early Christian basilica, on a higher terrace, but on an axis with the entrance of the Early Byzantine fortifications. Seen on the church’s almost square plan, the sanctuary apse protrudes to the east. The outer entrances open onto the lateral walls of the narthex, as the ground was raised on the west. The different levels of the floor in the basilica are due to soil morphology. Each aisle had direct access to the narthex. The church has buildings to the north and south, of which the northern one was investigated, which had direct access to the church’s interior. The monument has a complex building history which includes three main phases. Indicative of these is the one in which alternating pillars and columns were used to separate the aisles and the last where the intercolumniation was sealed leaving small passages between the aisles.  Preserved in situ is the presbytery partition as well as parts of the architectural decoration.

Marble members had been used as spolia on the building; wall cladding of ancient monuments, pedestals, the volute of an ionic column capital possibly from archaic times, and two fragments of a table support ending in a lion’s foot. An open clay vessel was found in the south aisle in contact with the Presbytery partition. Two surviving fragmentary inscriptions were found in the narthex, one in the stoichedon style of the early 4th century BC the other engraved on tabula ansata, of the 1st century AD, commemorating either Emperor Vespasian or Domitian.

A synthronon with a bishop’s throne is formed in the apse. Significant finds were also uncovered from the Iero Vima movable and immovable equipment:  a small marble column,  a marble circular table, part of an iron cross, a bronze cantharus shaped oil lamp with chain of the second half of the 6th c.-early 7th c. and a long stemmed lead cup with engraved decoration.

Α layer of fragmented Early Byzantine vessels were unearthed from underneath the apse’s damaged floor: small stout pots with a keel shaped outline, dating probably to the 5th century, the funnel shaped rim of a circular amphora of the Late Roman Amphora 2 type, but mainly numerous fragments from the bodies of cylindrical amphorae of the Late Roman Amphora 1 type with grooved decoration dating mainly to the 6th and early 7th century, which seem to determine the terminus ante quem of the basilica’s construction.

Beneath this layer and on the church’s longitudinal axis, a small rectangular carving was discovered in the natural rock in the form of a case covered by a slab. This is obviously the church’s consecration case, since inside it was discovered a tubular lead object whose content is now being investigated. The basilica had been functioning until the 7th century at least, but its later use cannot be ruled out.

Excavations on the islet were conducted this year from June 24 to August 3. The excavation programme is carried out by the University of Thessaly, headed by Professor of Classical Archaeology Alexandros Mazarakis Ainian, in collaboration with the Ephorate of Antiquities of the Cyclades, headed by Dr. Dimitris Athanasoulis. The excavations are funded by the University of Thessaly, the Secretariat General for the Aegean and Island Policy and Athanasios Martinos.