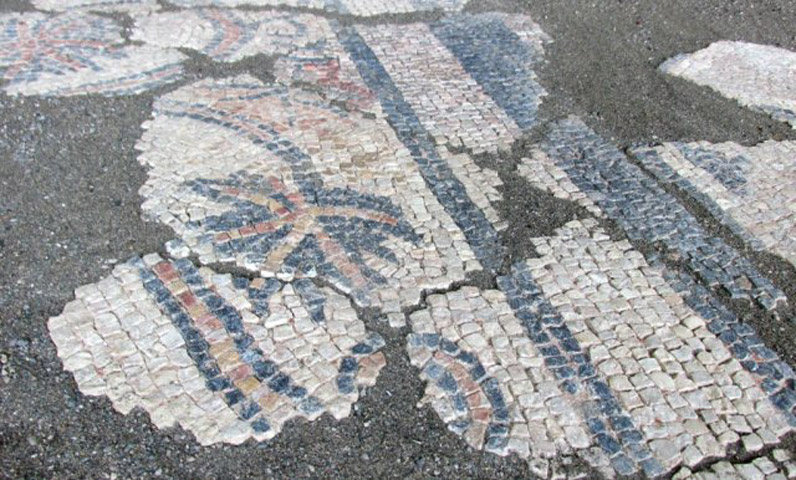 Mosaic of the 3rd c. came to light in Bosnia-Herzegovina

In the Village of Skelani

Parts of a mosaic of the Roman period (3rd century) were discovered during excavations at the village of Skelani in Bosnia-Herzegovina.

Archaeologists from Bielina, Trebinje and Srebrenica unearthed this particular mosaic during work carried out at an archaeological site known as the “Roman municipium”.

“An administrative centre was here, and the room that came to the surface with completion of excavation work was luxurious; we believe its use was versatile and important,” said archaeologist Ivana Grujic, according to local media reports. It is, she added, a unique archaeological site.

For his part, Boris Radic, curator of the museum hosting the findings from the archaeological site, stressed their importance regarding historical recording.