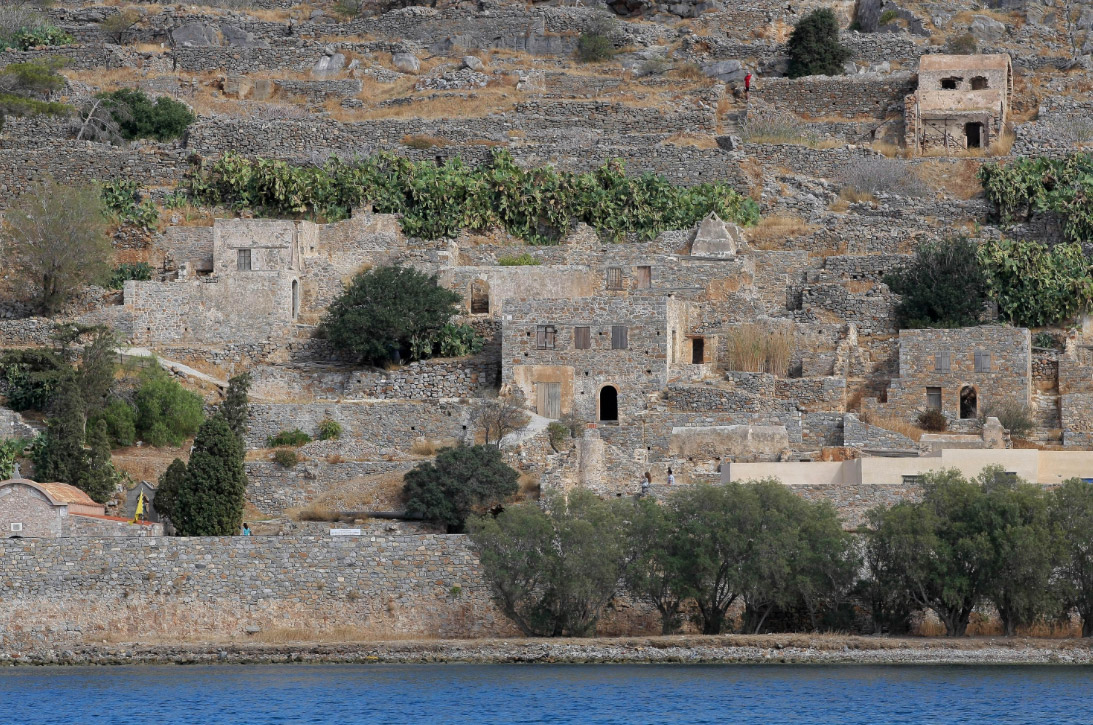 It is finally a matter of time for the granting of Spinalonga’s request, submitted last January, to be included on the list of UNESCO World Heritage Sites. Last week, announced the mayor of Agios Nikolaos Antonis Zervos to the Athens and Macedonia News Agency, a UNESCO representative visited the district for an in situ inspection.

“For a few days the UNESCO representative, architect and member of ICOMOS Italy, Teresa Colletta, was at the site studying data on the dossier we submitted, having meetings and making some aural comments,” said Mr Zervos, who estimated that these comments will arrive in written form by the beginning of November and that the supplementary dossier must be submitted by the end of February 2020, with the request being put to the vote at the UNESCO General Assembly in China, in June 2020.

“At this point the issue is national, not local. It goes beyond Agios Nikolaos, Lasithi and Crete, since it is the Ministry that is now promoting the matter, and moreover those voting are UNESCO ambassadors in its member states. After all, we are talking about World Heritage Sites and about a process that highlights the country as a whole”, pointed out Mr. Zervos.

According to the mayor of Agios Nikolaos, the UNESCO spokeswoman made two comments on the Spinalonga dossier. The first, as Mr. Zervos explained, was to extend the monument’s zone of influence across the entire Elounda Bay and also to consider dividing the ticket price into zones so as to limit large crowds in the middle of the day.

“Ms Colletta has brought some issues to our attention that I think can be easily addressed. She has asked for the monument’s zone of influence to be extended across the Elounda Bay to the canal; that is to say, the whole of the ‘Kolokytha’ Peninsula that we had only half included in our proposal. She also suggested that the ministry consider dividing ticket prices into zones, with the aim to limit a large turnout at midday. She proposed increasing the ticket price in the middle of the day and reducing it in the mornings and afternoons, for crowding to be avoided at certain times of day, as is currently the case at lunchtime. This is essential and will certainly help, as will the creating of a timetable for the boats. It does exist, but it needs to become more specific so as to control the number of visitors and avoid crowding”.

Spinalonga has reportedly been visited by more than 350,000 people annually in recent years, with last year totalling 413,000. This year, numbers so far have gone up to 400,000 and, as Mr Zervos said to the AMNA, are expected to reach last year’s levels.

The UNESCO Spokeswoman’s inspection also included contacts with stakeholders in the field of Tourism, Culture and Administration, since it is important to reflect the local community’s support for the monument’s inclusion on the heritage list.

“It has become apparent that the local community wants inclusion and this is a key matter for UNESCO. Even if a dossier is perfect, this fact is important because the monument is then evaluated by its users — after inclusion. For it to be accepted by the local society is absolutely vital”, the mayor of Agios Nikolaos told the AMNA.

During her stay, Teresa Colletta met with local government executives, representatives of local agencies and officials from the Ministry of Culture. She also met with Victoria Hislop, author of “The Island” who, Mr. Zervos explained, has also helped substantially in claiming Spinalonga’s inclusion on the UNESCO list of heritage sites.