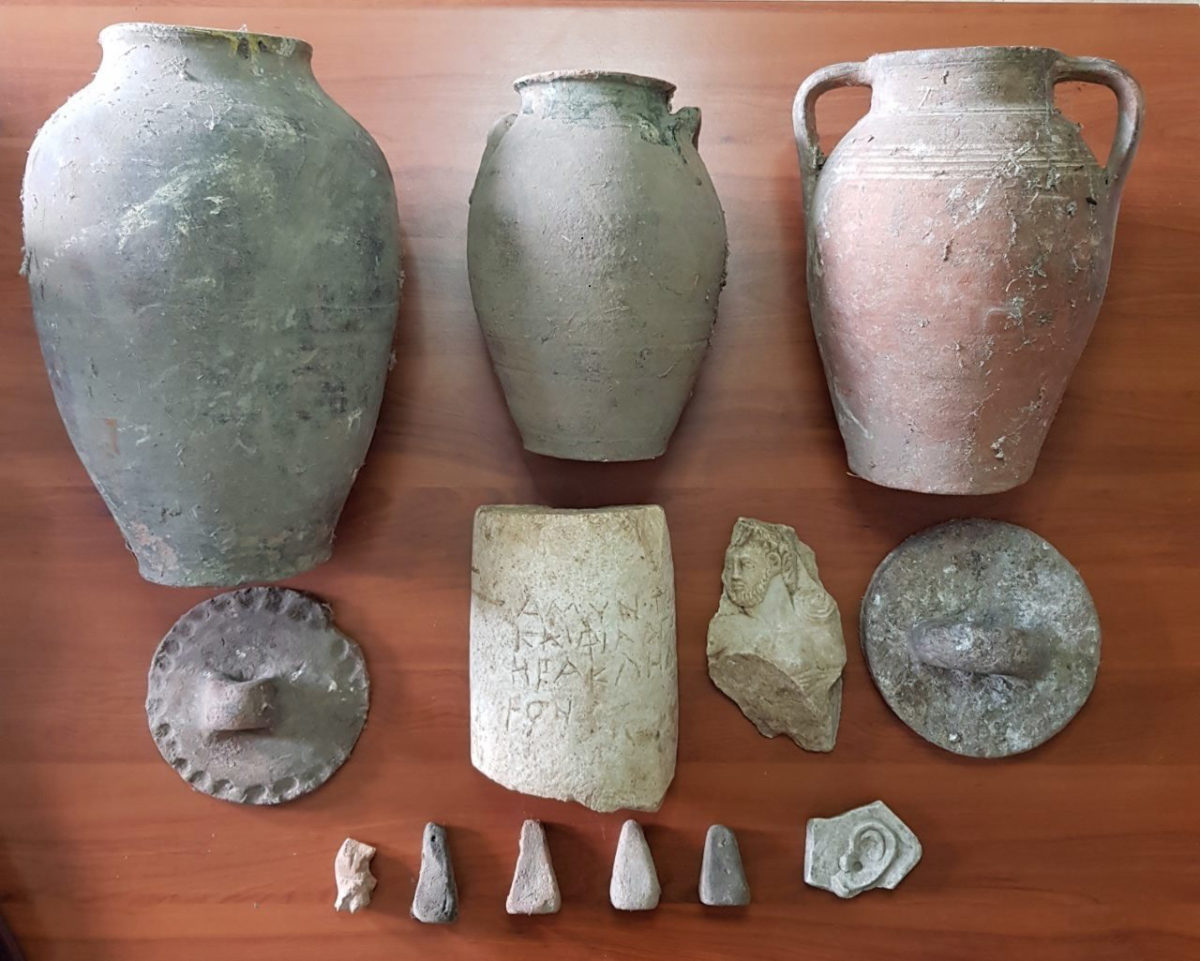 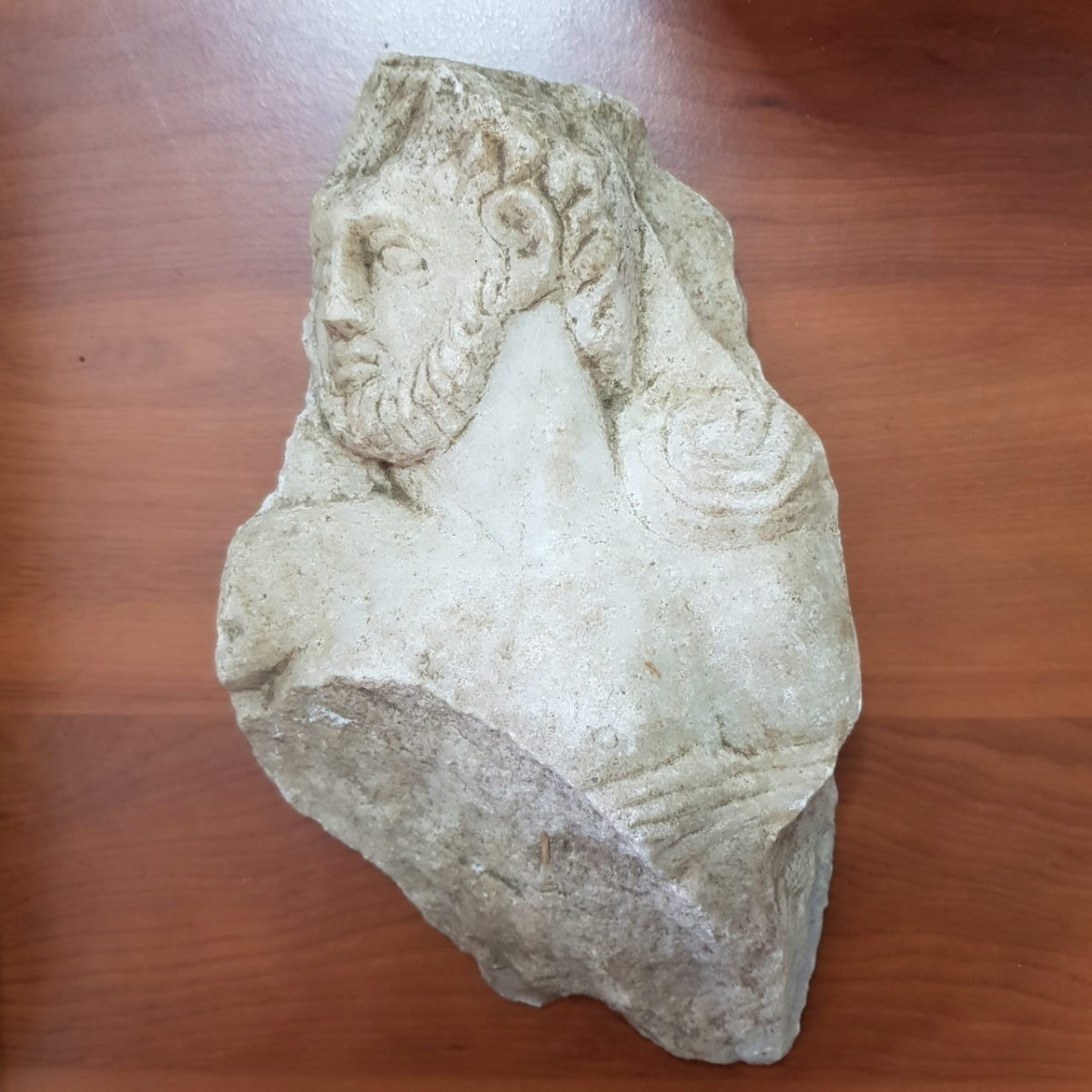 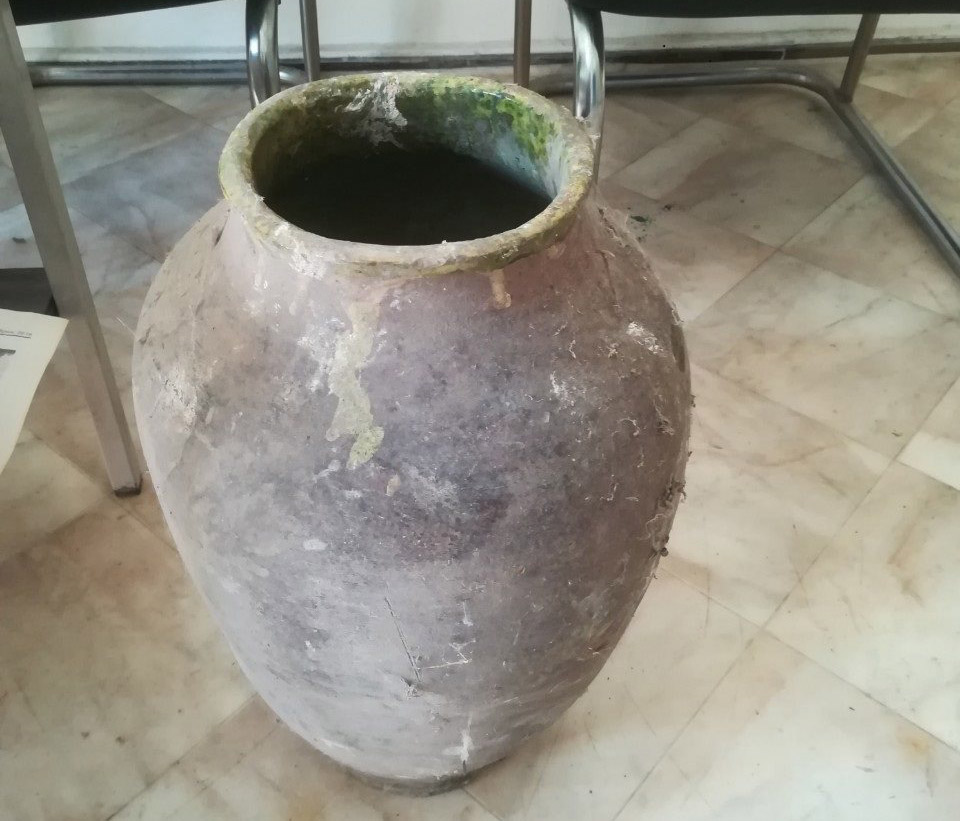 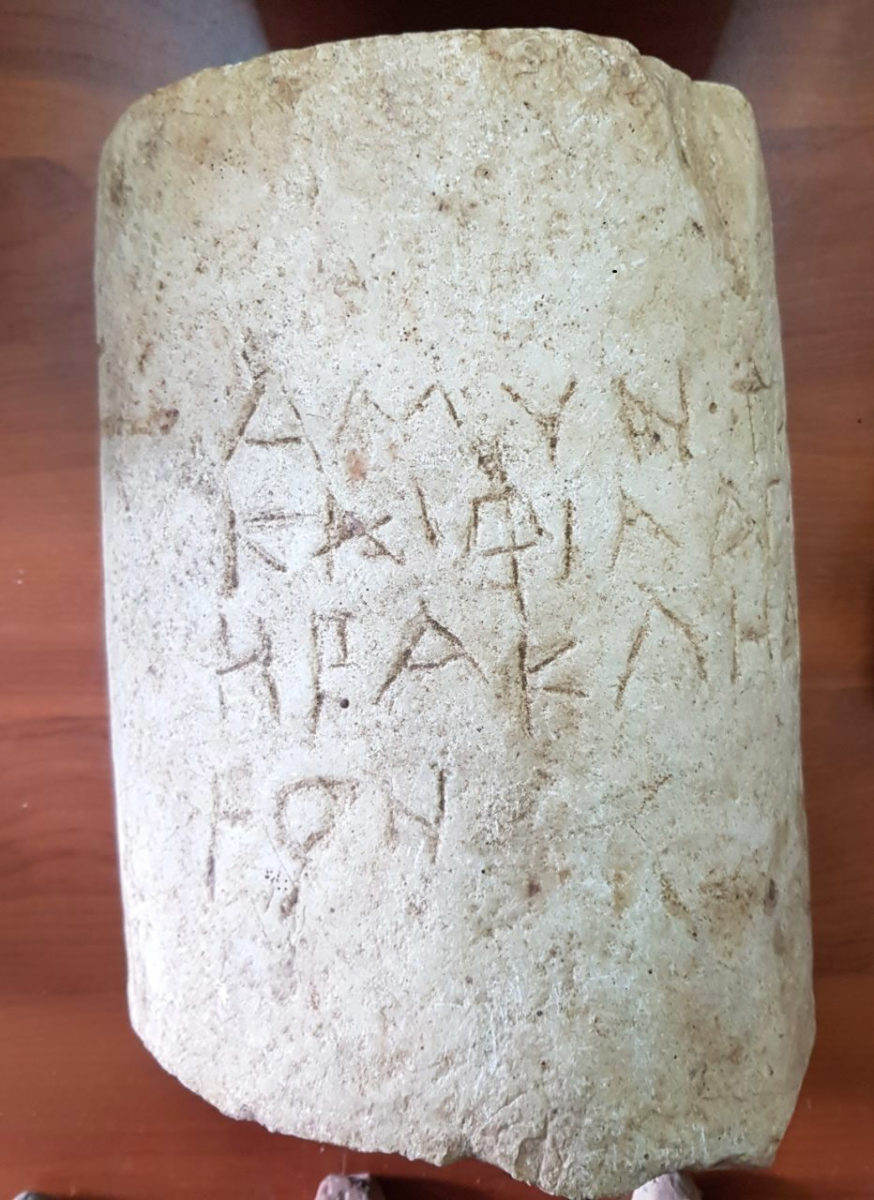 Dating from Hellenistic and Roman times

In a district of Grevena on Saturday, October 12, Security Police officers of the region, in collaboration with police from the Team of Crime Prevention and Suppression arrested a 77-year-old man, for being in illegal possession of items of particular archaeological and scientific value. A criminal case was filed against him for violating legislation on antiquities and cultural heritage in general.

Specifically, after properly assessing the evidence, the man’s home was searched, where various artefacts were found of the Hellenistic and Roman era, of particular archaeological and scientific value, that fall under the provisions of antiquities legislation and cultural heritage as a whole, whose possession he could not justify.

The following were found and confiscated:  part of a marble ear in relief with a non through hole, part of a marble relief depicting a bearded man, four pyramid-shaped loom weights, part of a vase with a handle,  two lids with strip handles, the section of an inscribed marbled column and three vases with glazing.

The investigation continues to discover how and where the confiscated items were acquired, while these will be handed over to the Grevena Archaeological Service.

A preliminary examination of the case is being conducted by the Grevena Security Department and the man under arrest has been brought before the Grevena Prosecutor with his criminal file.