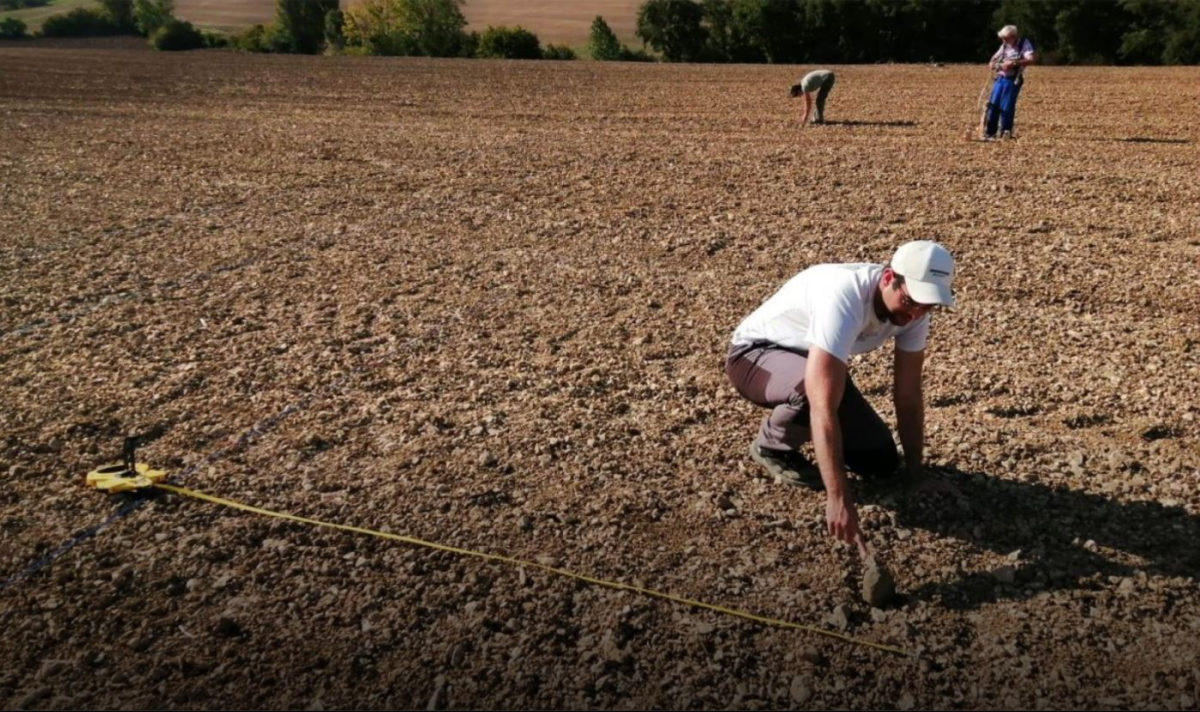 In the País Vasco

The magnetic survey carried out, between the end of September and the start of October, in the area “Los Cascajos” (Tobera, Berantevilla), directed by Andoni Tarriño, a geologist at the Centro Nacional de Investigación sobre la Evolución Humana (CENIEH), has confirmed the existence of a Neolithic-Chalcolithic settlement in the south of Álava, one of the few settlements of this chronology found to date in the País Vasco.

This year’s geophysical survey was undertaken to complete the data obtained in the campaign that started last year. The place is one where there were already hints of a prehistoric settlement because of the materials (flint, ceramics, axes, etc.) collected during surface archaeological surveys conducted during the 1980s. This time, the survey has been completed with the identification of the magnetic anomalies in the ground around the settlement, over a total area of 7.3 hectares.

“In the preliminary results, an abundance of linear structures were detected, dozens of them circular, which for the moment we have interpreted as huts of some 10-20 meters in diameter. An endless number of point structures such as wells/pits, etc., and other unknown ones were also recognized”, explains Tarriño.

Probably, this settlement is related to the prehistoric flint mining operations existing in the Sierra de Araico, and specifically with the Pozarrate Quarry, currently undergoing excavation, which lies in Treviño, only 2.15 km away as the crow flies. Its interesting and singular situation opens up the possibility of an archaeological project which contrasts the geophysical data and in addition would allow us to date the settlement.

This Project, in which the other participants are the German geophysicist Helmut Becker and the archaeologist Anne-Sophie Flade-Becker and Mikel Aguirre (UNED, Bergara), has been financed by the Departamento de Cultura y Deportes of the Diputación Foral de Álava, with the support of the CENIEH and the Universidad del País Vasco (UPV/EHU).