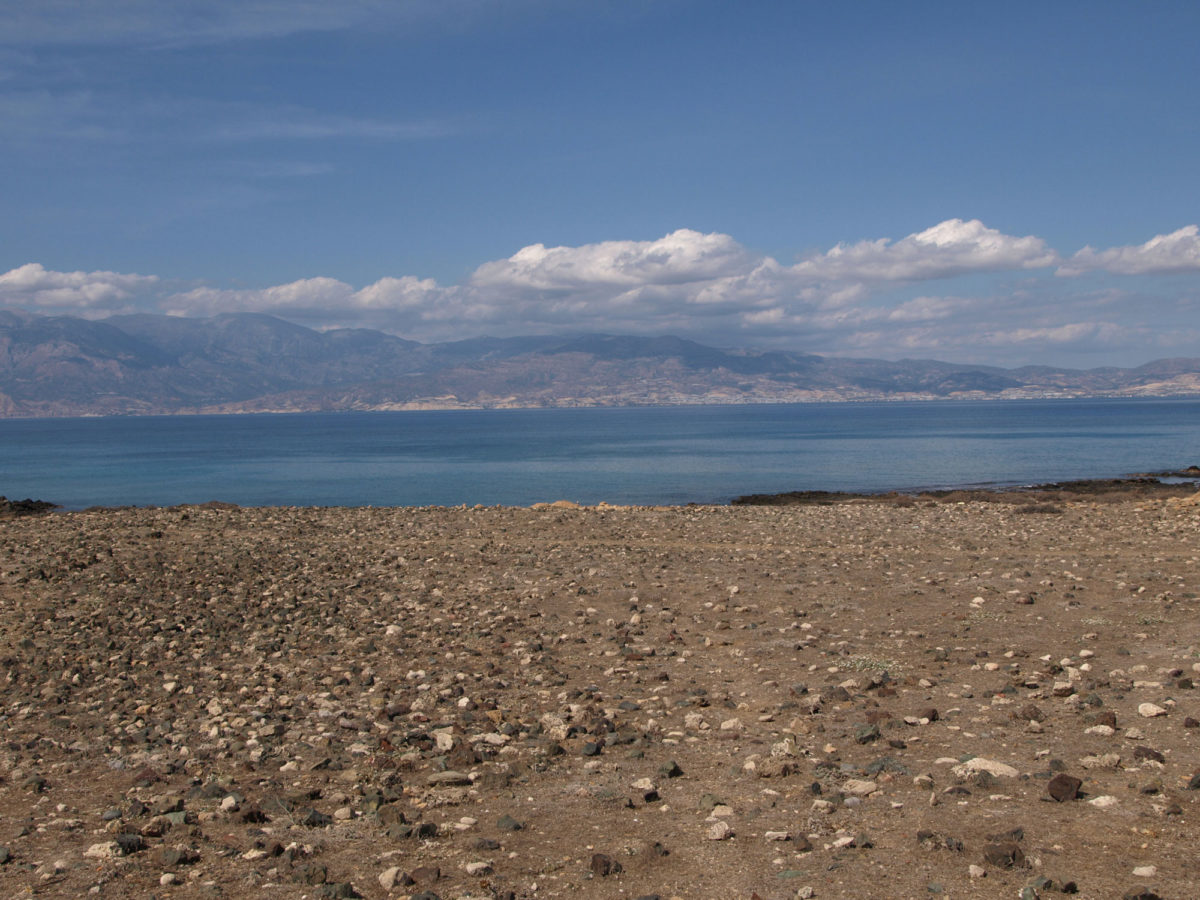 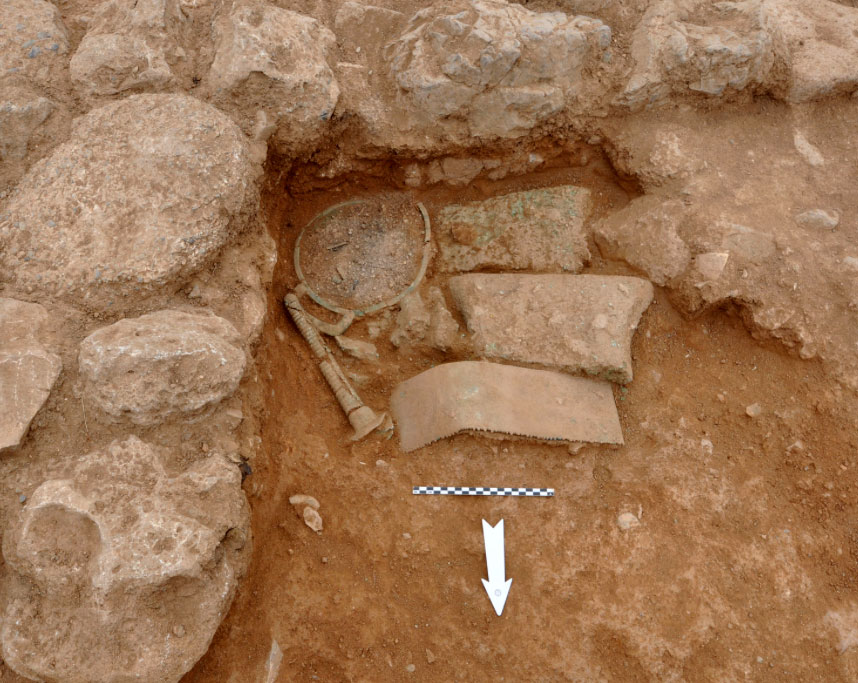 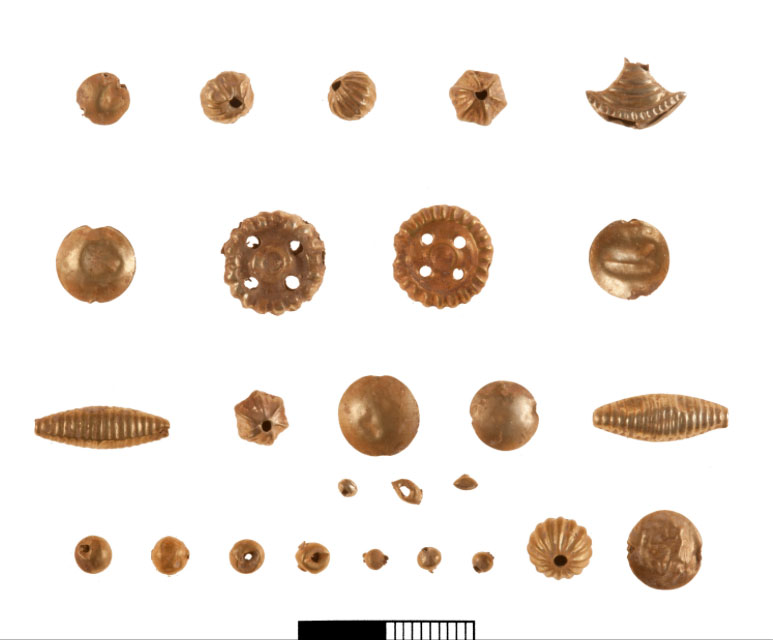 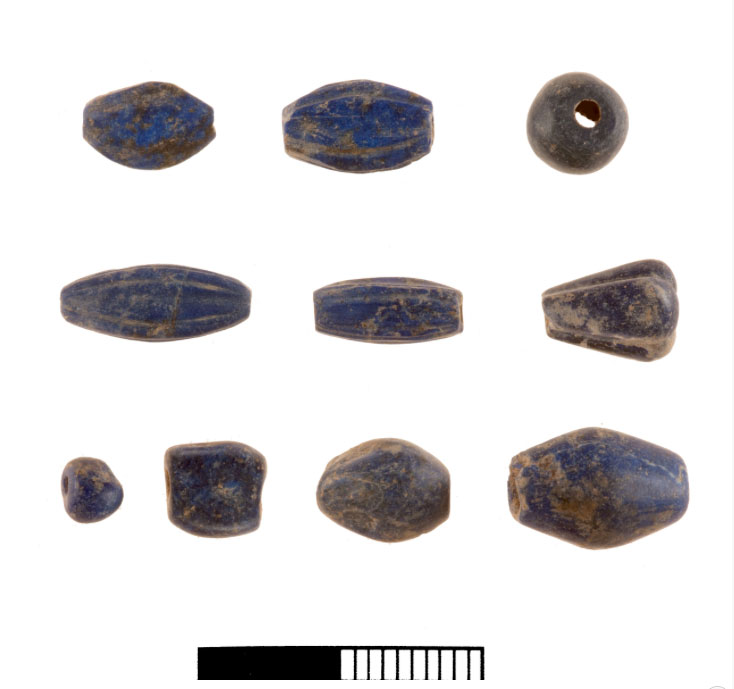 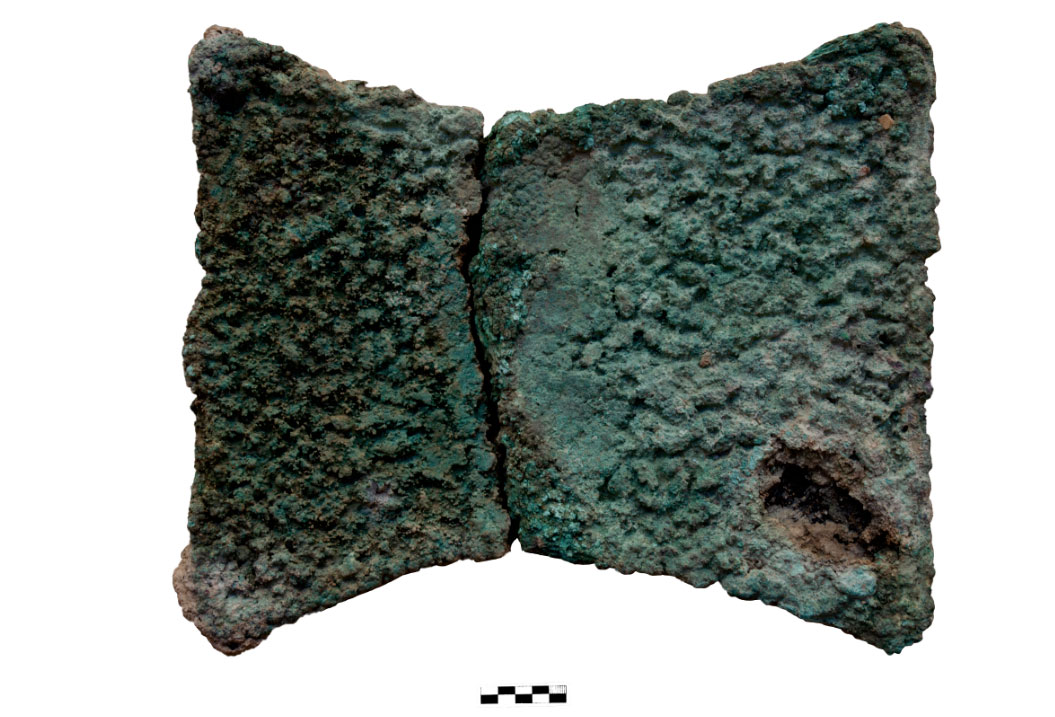 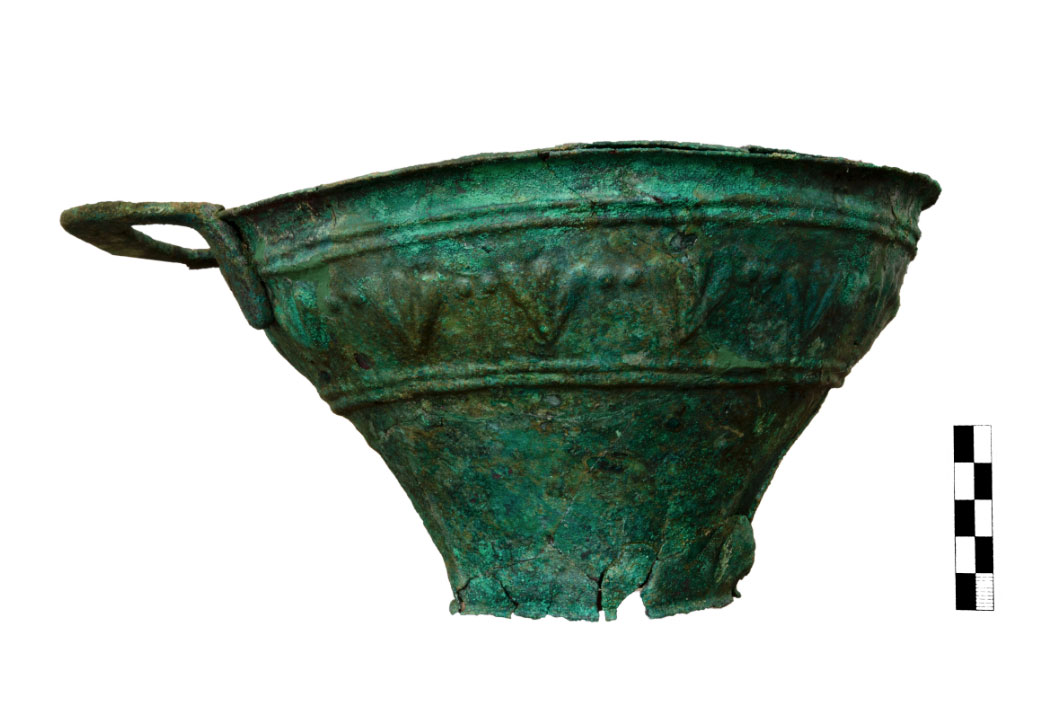 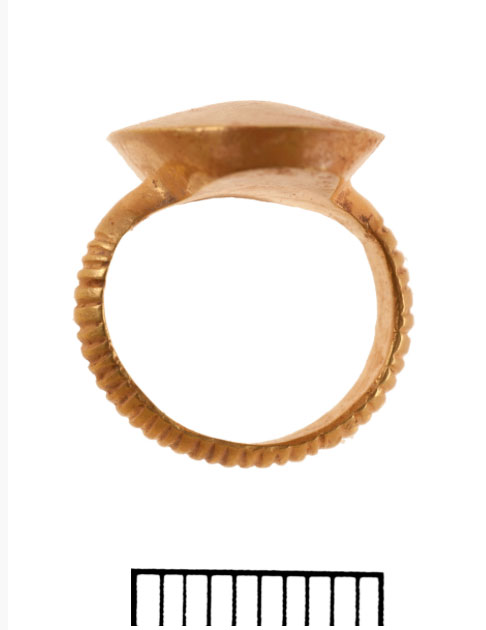 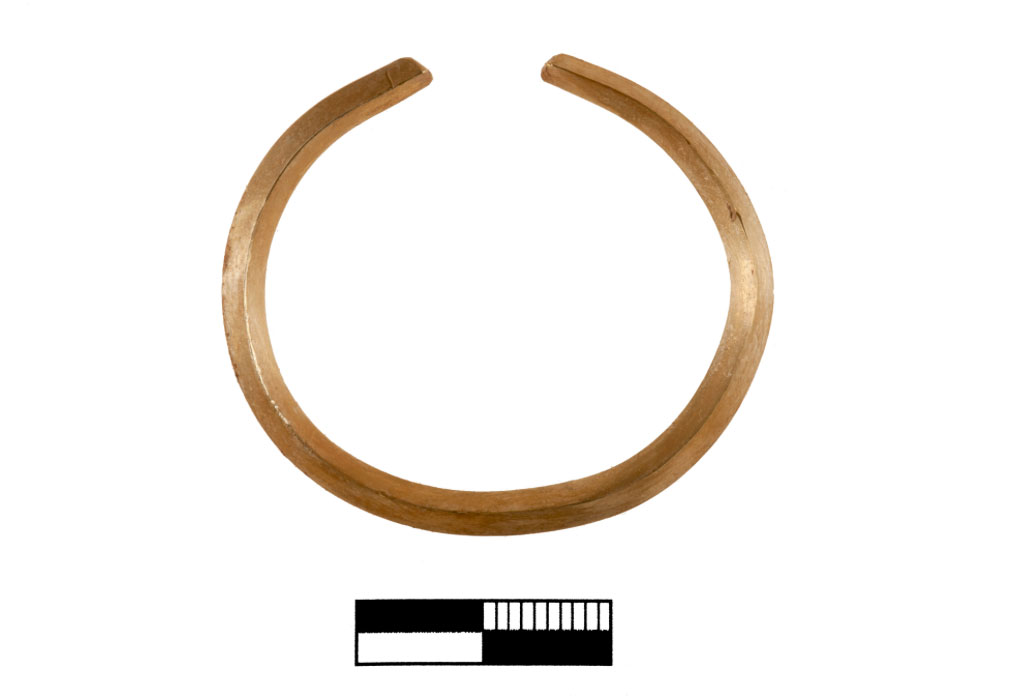 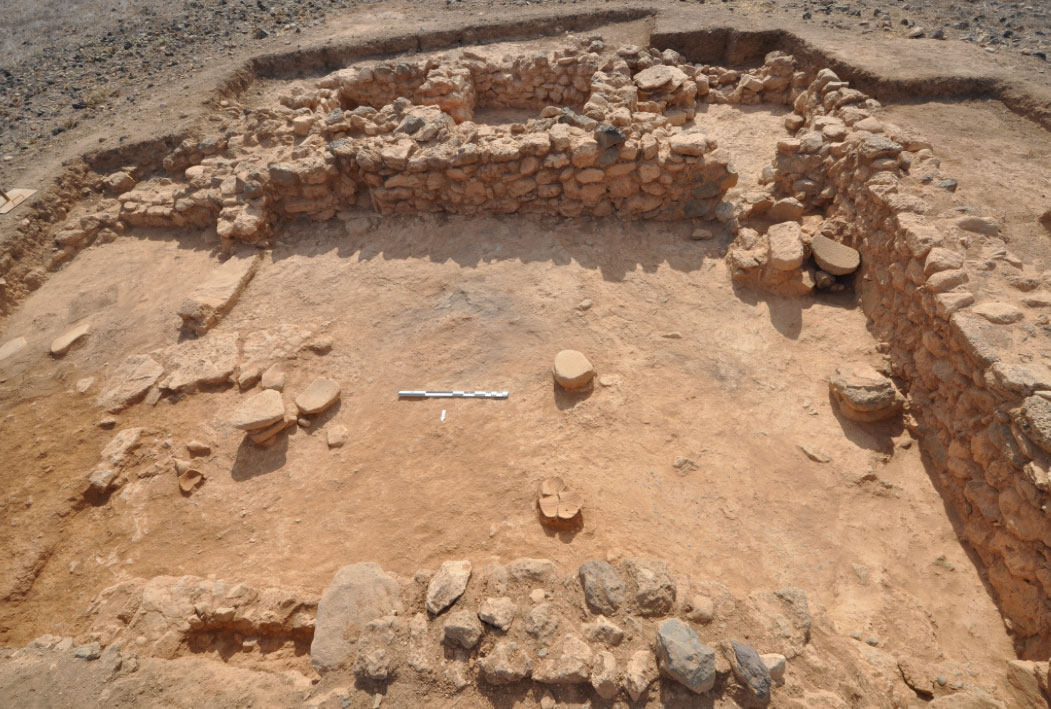 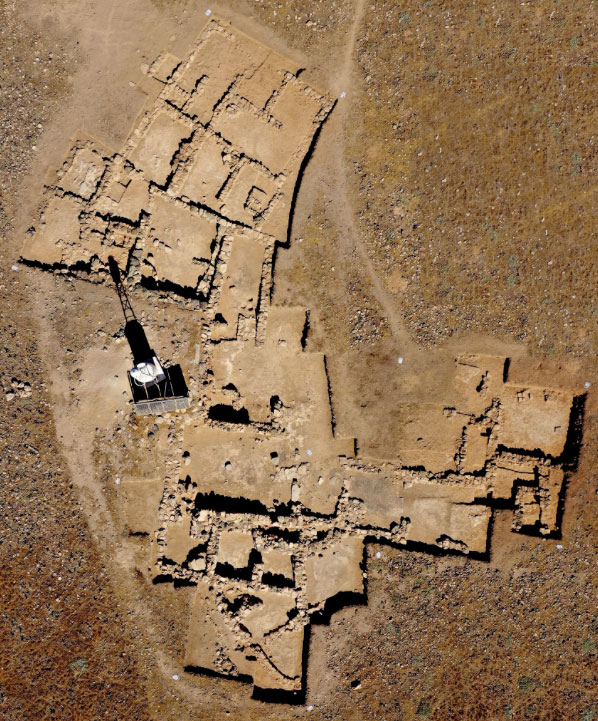 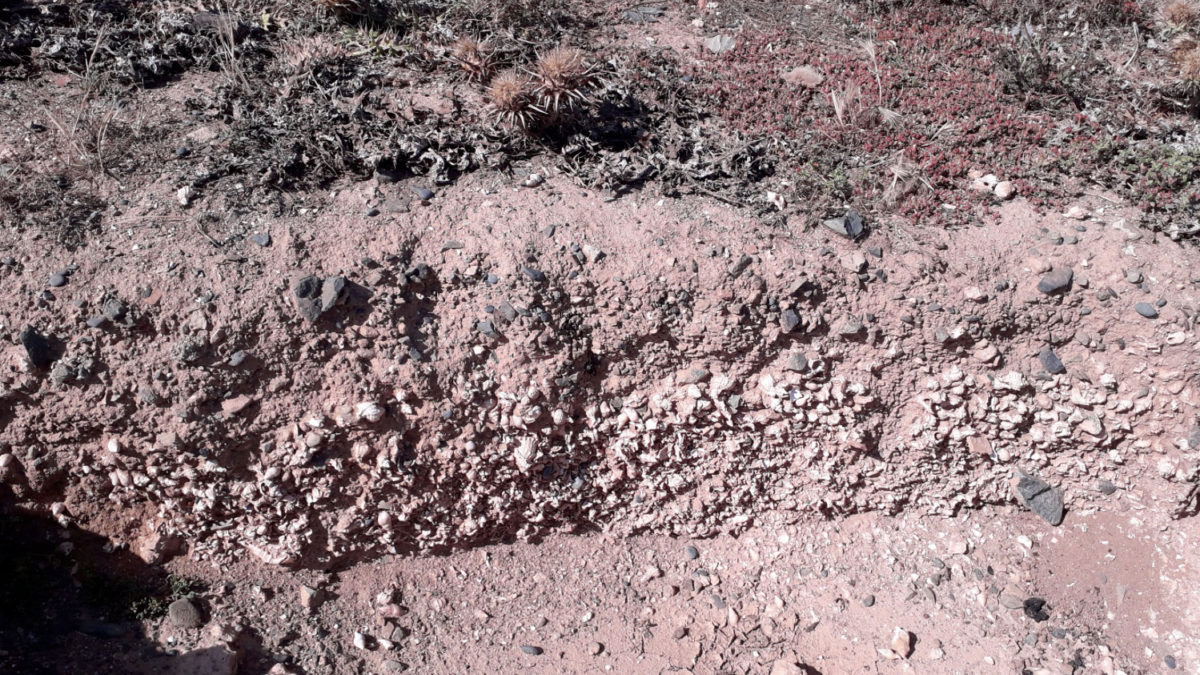 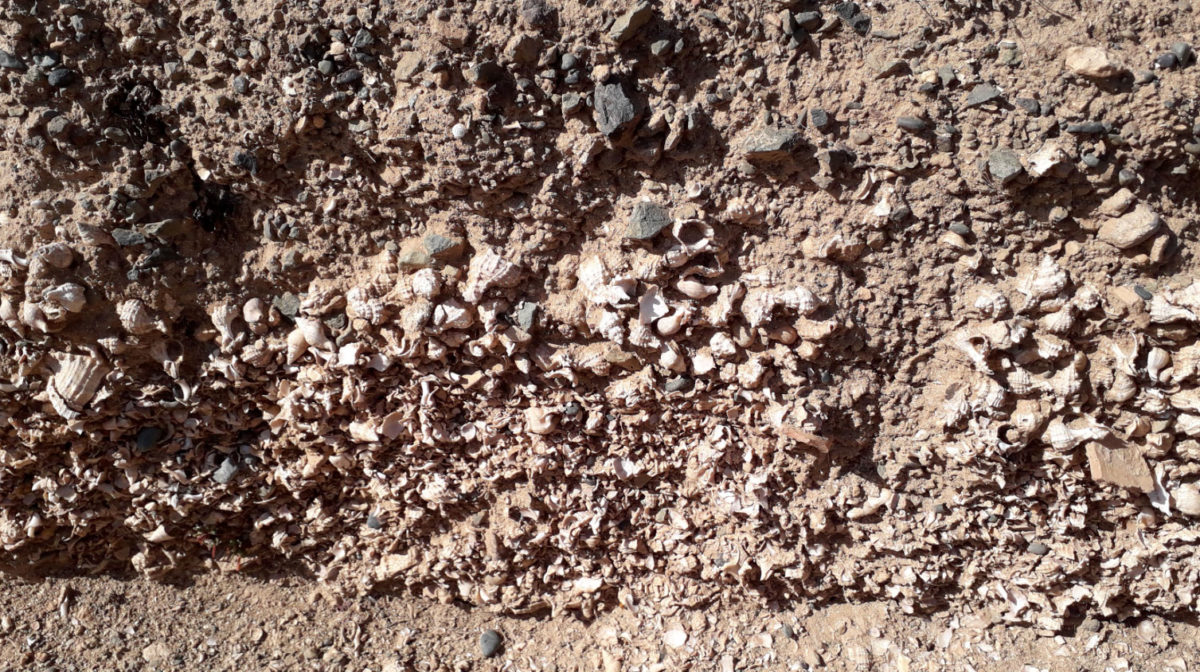 Excavation by the Lasithi Ephorate of Antiquities

Great quantities of porfyra and buildings of a Minoan settlement were located in excavations by the Lasithi Ephorate of Antiquities west of the islet of Chrysi where ancient carved fish ponds have survived on the coast. The numerous broken porfyra shells found in the rooms of the houses are evidence of a very early cottage industry of porfyra dye established during Crete’s first palaces.

The settlement had a flourishing economy not apparent from the architectural remains but from the fine quality artefacts found in the houses.

Chrysi islet is situated in the south of Crete in the administrative Region of Lasithi and belongs to the Ierapetra Municipality. The surface survey conducted between 2008-2011 provided evidence of human activity and habitation since the Bronze Age.

In 2018 and 2019 the by now systematic excavation on Chrysi under the Lasithi Antiquities Ephorate’s Head Chrysa Sophianou, brought to light a large building with many rooms, known as B2, which was inhabited without interruptions during the Protopalatial and Neopalatial period, from the Middle Minoan IIB to the Late Minoan IB period (ca 1800-1500 BC).

The rooms had simple architectural elements, such as built in vats, stone benches, work surfaces, hearths and a staircase with stone slabs. Pottery is a typical mixture of vessels for drinking, eating, cooking and storage, while many stone tools were recovered. It was a surprise to discover no evidence in this entire building of a cottage industry for the production of porfyra, unlike the other excavated houses of the settlement.

Despite their simple architecture, two rooms contained “treasures/hoards” of metal, glass and semiprecious stones. The first treasure was found in 2018 in a room which most probably was used as a storage area. The deposit contained two parts of copper talents, a mass of slag and jewellery: a gold ring, a gold bracelet, 26 gold beads (disc shaped, round and shaped like a papyrus), one bead of silver, 5 of bronze and the band of a bronze ring. There was also a large number of different shaped glass beads (39 round and 25 papyrus-shaped), 4 of so called Egyptian blue, 20 of corneal stone, 1 of amethyst, 10 of lapis, one agate seal depicting a ship whose prow has the shape of an animal’s head and a stone amulet shaped like a monkey.

While continuing the excavation in 2019, another treasure of talents was discovered in the corner of a room in the same building, along with a large saw and three vessels, one made of copper. Their overall weight is 68 kilos and together with the parts of the other treasure they are in all over two talents. It is the largest treasure of metals found to date on Crete.  Moreover, stored inside a vessel were pieces of a tin talent. The latter is considered a rare find being the second from the Late Minoan period found on Crete. The first was discovered in a settlement on the islet of Mochlos.

The above data leads to the hypothesis that the inhabitants of building B2 in the Late Minoan period (ca 1500 BC) belonged to a higher social class and played a different part in the society of Chrysi; probably one of administration. They managed production, the promotion of products, the trading of porfyra dye and the import or distribution of metals.