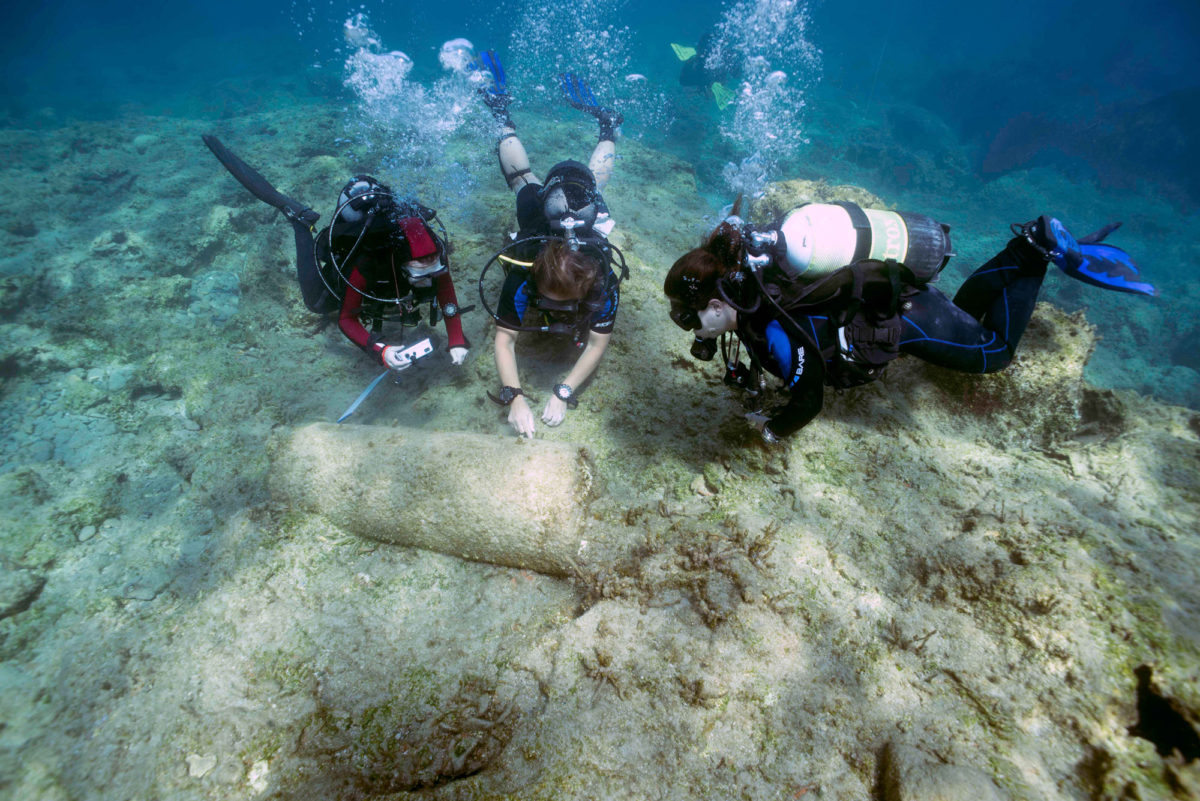 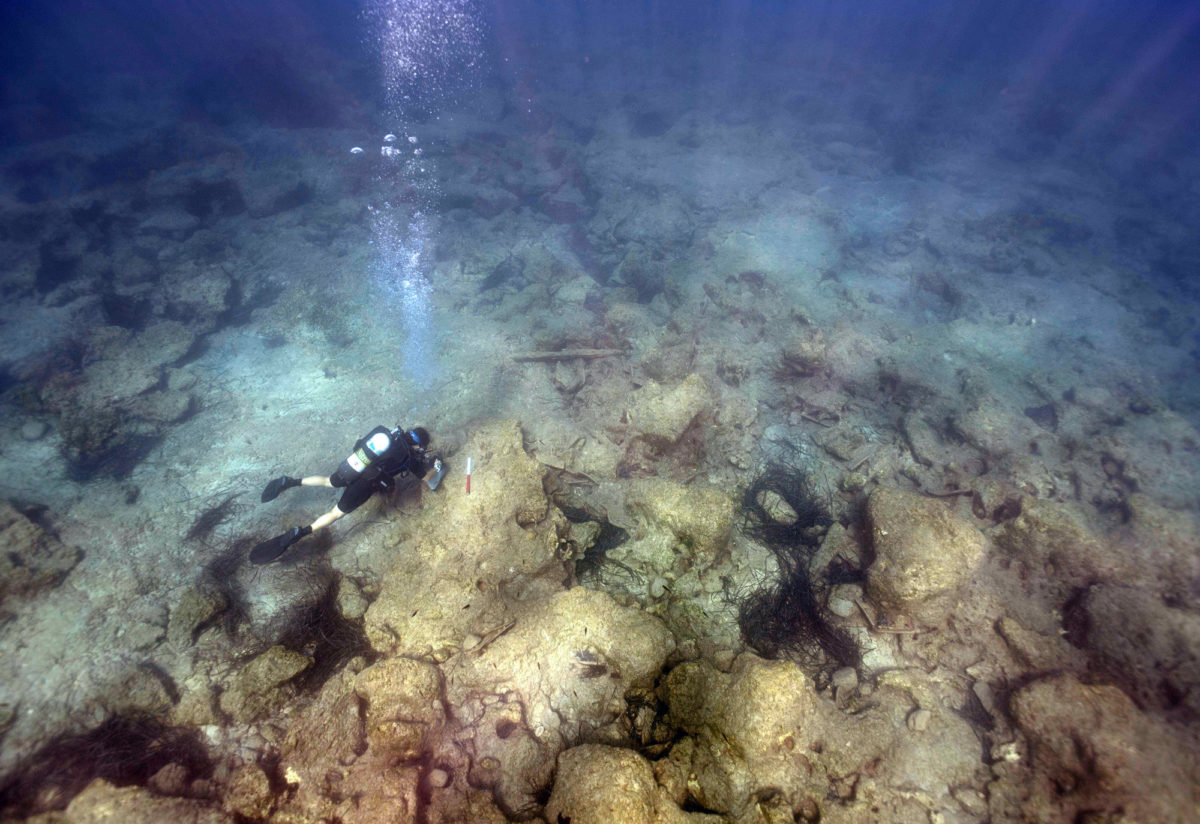 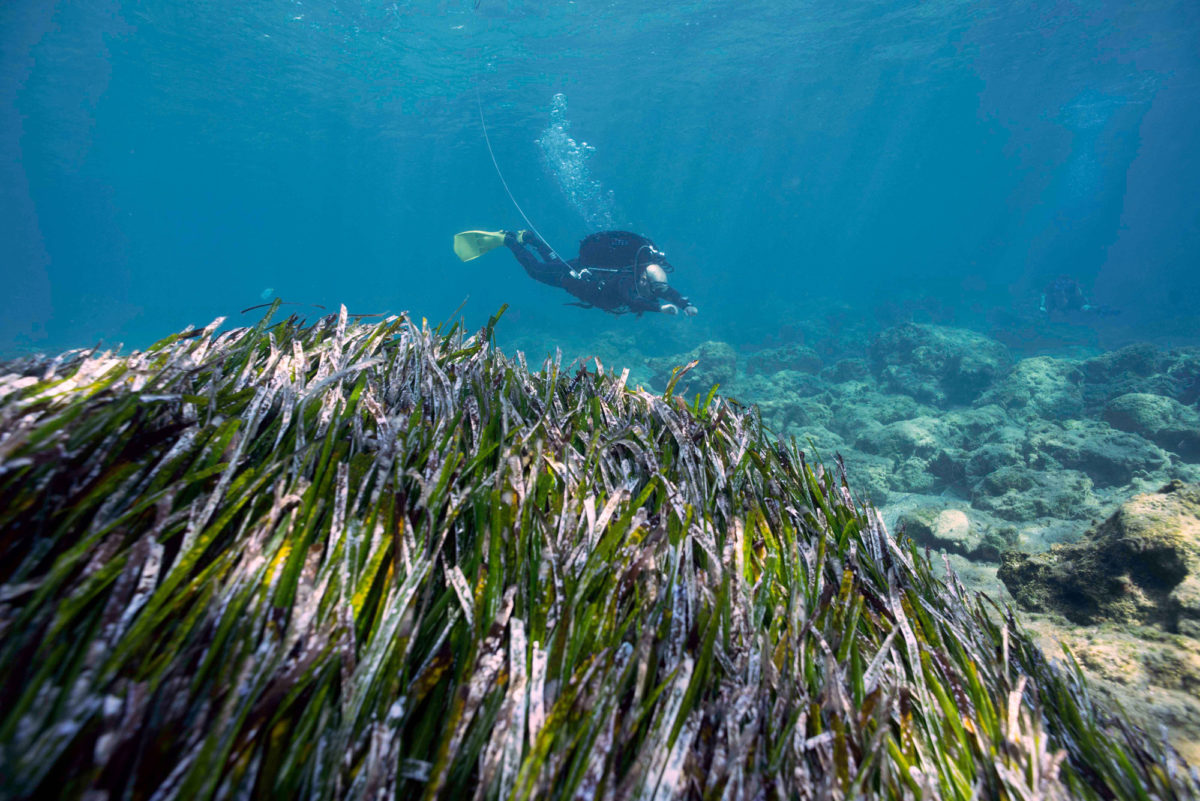 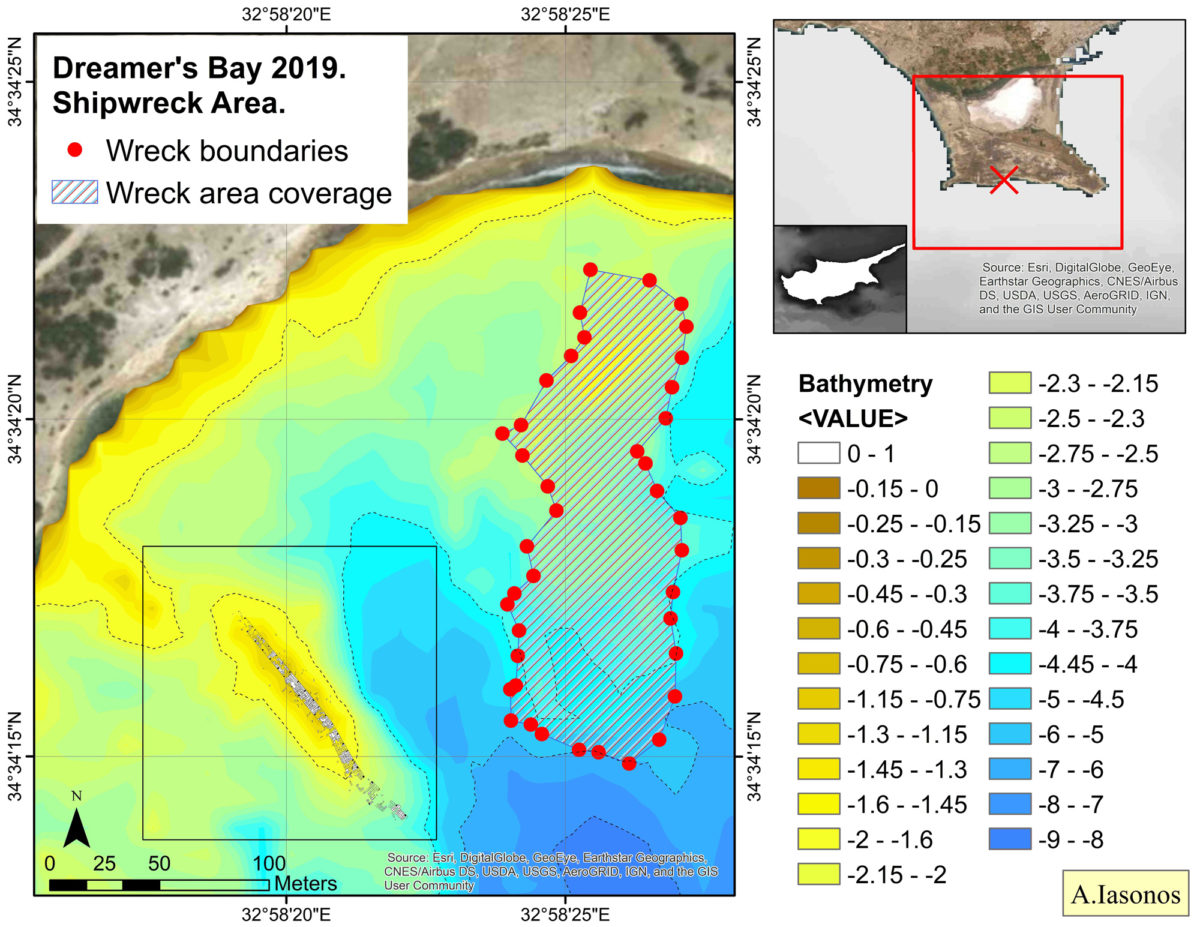 The Department of Antiquities, Ministry of Transport, Communications and Works has announced the completion of the 2019 underwater archaeological mission at the Akrotiri-Dreamer’s Bay ancient port, in the Limassol District. The survey was directed by staff from the University of Southampton, Centre for Maritime Archaeology, as part of the Ancient Akrotiri Project, an ongoing collaborative research project on the peninsula conducted since 2015 and led by the University of Leicester.

Between September 8th and 19th 2019, a second season of underwater investigation was conducted at Dreamer’s Bay on the southern shores of the Akrotiri Peninsula, Cyprus. A team of professional diving maritime archaeologists, students of maritime archaeology, divers, surveyors, photographers, and terrestrial archaeologists predominantly from Cyprus and the UK, further investigated the ancient breakwater and the surrounding sea floor in Dreamer’s Bay. Unlike the previous year that documented the remains of the ancient breakwater submerged some 1-4m beneath the water, the primary focus of the 2019 season was to complete a broader survey of the entire bay and the offshore approaches, and in particular to investigate an area to the east of the breakwater where a large amount of pottery was located in the previous season. The team suspected that this dispersed and concreted concentration of largely homogenous amphorae, was the remains of a shipwreck.

The 2019 season focused on three main tasks: further investigation of the ancient breakwater; completion of the survey of Dreamer’s Bay, its approaches, and the area offshore of the buildings excavated by the University of Leicester team on the coast to the west of the bay; and further analysis of the ceramic concentration to the east of the breakwater in order to determine its nature.

The breakwater was extensively surveyed in 2018 both visually and photogrammetrically. The focus of 2019 was to calculate the volume of the rubble that had fallen from the breakwater largely to the east of the structure, in order to ascertain its original height and scale. The area around the breakwater was also more thoroughly investigated and a channel some 5-6m deep was clearly mapped to the east of the breakwater noting an entrance to the more sheltered water in the lee of the structure, an area of anchorage. Survey conducted by divers using underwater scooters, enabled wider coverage of the offshore approaches, identified new finds including numerous stone anchors and what appears to be the remains of a wreck carrying roof tiles, still of uncertain date. To the west of the breakwater other concentrations of ceramics were also noted, however, survey further offshore to the west in front of the shoreline buildings excavated by the Leicester team, still failed to identify any archaeological remains, making the theory that this was an area used as a roadstead, less feasible. All finds were noted, described and photographed underwater and a record of their location taken using GPS. Selected finds were lifted only when they were either in danger of further displacement on the seafloor or were useful chronological indicators.

The most important result of the 2019 season was confirmation that the eastern concentration of largely homogenous ceramics located on an elevated, rocky outcrop to the east of the breakwater and the sheltered channel, was indeed a shipwreck. Dating to the end of the 6th or the 7th century AD, as confirmed by ceramics expert Dr Stella Demesticha of the University of Cyprus, the extensive remains of broken amphorae were identified scattered over an area of approximately 130,000sqm, concreted to the rocks and caught in gullies. In the middle of the wreck lies an Aswan granite column also believed to belong to the vessel. The area was extensively surveyed and the number of amphora shoulders and rims were counted equating to almost 800 in total, reflecting a fairly substantial vessel for the period. Examples of the amphorae were lifted for further analysis, which is still ongoing.

The work was carried out with the approval of the Republic of Cyprus Department of Antiquities and the UK Sovereign Base Areas Administration, and very much benefitted from the direct participation of RAF personnel who helped in the preparation and offered their time, expertise and support during the field season. The University of Cyprus, MARELab, offered support in the form of an excellent dive boat, as well as expertise, particularly with respect to ceramic identification. Nicosia based CP Marine Explorations provided the dive logistics, safety and underwater survey scooters, and Kembali Divers the tanks and air. Further support was provided by the Defence Infrastructure Organisation and the Western Sovereign Base Area Archaeological Society. This season we were honoured to welcome for a day the Base Station commander as visiting diver. The project was generously funded by the Honor Frost Foundation, UK, and sustained by a hard working team of young maritime archaeologists.