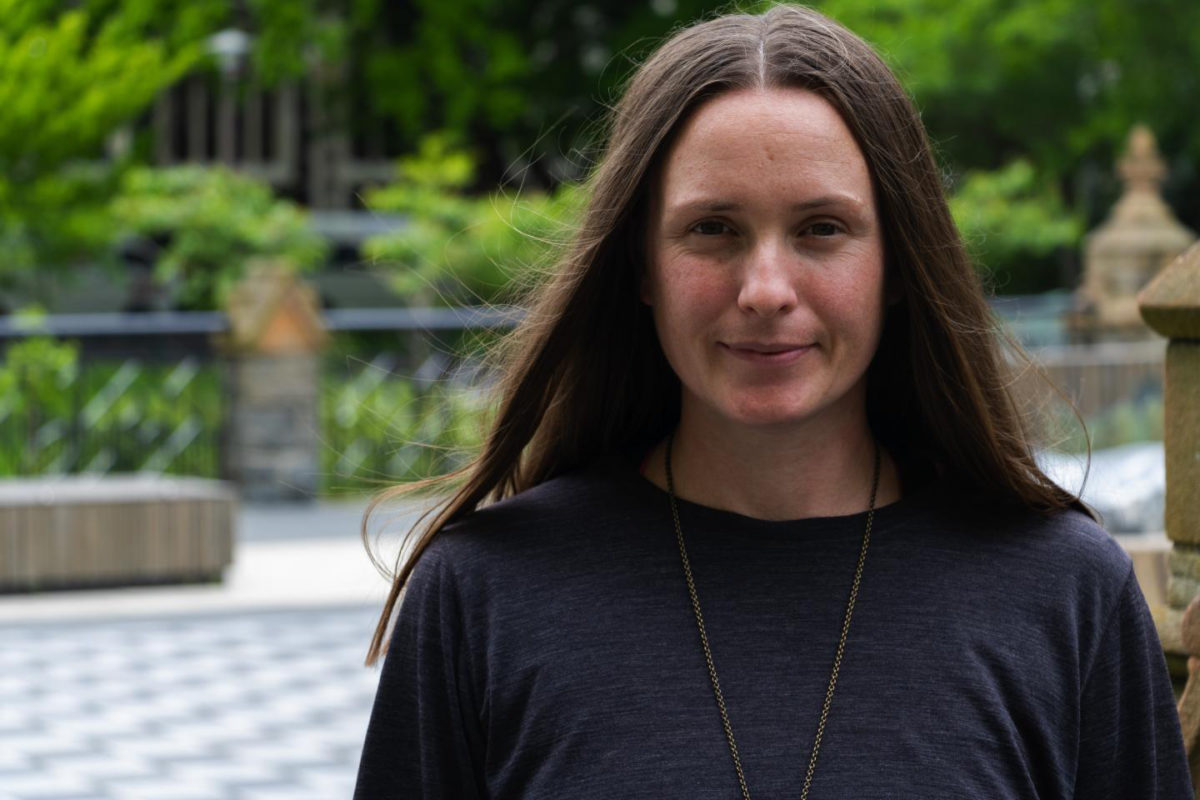 In the village of Xo'Janqo in southwest Uzbekistan

An Otago scientist has been digging up human remains in the backyards of Uzbek villagers to discover how people lived in the Middle Ages.

Department of Anatomy bioarcheologist Dr Rebecca Kinaston has recently returned from a month-long trip to the village of Xo’Janqo in southwest Uzbekistan, where she and Ladislav Damašek, from Charles University, Prague, co-led an archaeological team for a community-approved excavation funded by a University of Otago Research Grant.

Uzbekistan has a long history of human settlement, and its village oases were important links on High Medieval trade routes stretching across Europe and Asia.

Dr Kinaston says researchers were interested in understanding diet, health, migration, interaction, ancestry, and care during a time of increased interaction along what is commonly known as the Silk Roads.

“We keep doing this work because it’s like solving a mystery. Every site is completely different – you don’t know what you’re going to find when you show up.”

Buried skeletons, some dating back thousands of years, are particularly well-preserved in the area due to a favourable pH level in the desert soil, Dr Kinaston says.

“People are constantly finding human remains in their back yards and this is because they’re also mining a lot of the soil to build their mud-brick houses.

“They’re quite amenable to scientists coming and excavating them and keeping them curated at the museums in Uzbekistan.”

Dr Kinaston collaborated with researchers from Charles University in Prague, and Termez University in Uzbekistan, to excavate a cemetery and tepa (dirt mound made from human settlement) from the High Medieval period – approximately 800-1220 A.D. – and analyse the skeletons found within.

While conducting earlier research in the area in 2017, Dr Kinaston was approached by a local farmer to examine skeletons eroding from the soil in his back yard. Radiocarbon dating (ca 1000-1100 AD) placed this cemetery in the High Medieval period and was likely associated with the nearby tepa.

She returned to the village on her latest trip with PhD student Robyn Kramer to excavate the cemetery, although she found the farmer had reburied the skeletons together in one hole, which was later found to contain six adults and three children.

An excavation of the site was planned, as well as the nearby tepa, where Dr Kinaston’s collaborators found more graves dug into the layers of soils with medieval artefacts.

Before mapping out potential dig sites, Dr Kinaston and her fellow researchers met with the local community and landowners to obtain their approval.

“We had a lot of community support and a lot of school groups look at the site.

“Every day there was at least 20 to 40 people that would come by the site and see what we were doing and we’d explain to them what our process was.”

Once they had excavated the remains, Dr Kinaston and Ms. Kramer began laboratory analysis using a number of methods.

Lesions on the skeletons gave clues about health and disease, skulls and pelvises could be examined to determine age and sex, and isotope analysis and ancient DNA study provided insight into diet, health and ancestry.

“These people lived on oases and we’re really interested in looking at how people adapted to these harsh desert environments and also how they interacted with each other and other communities further away on these important trade routes during that time,” she says.

Initial results have shown evidence of degenerative joint disease of the spine and other joints, even in young people, which indicates they had a heavy workload, she says.

“We found a number of healed fractures of the forearm and ribs, possibly suggesting interpersonal violence (defensive wounds) but also indicating a level of care within the community as these were well healed.”

The dig site is one of the only High Medieval cemetery sites in Uzbekistan that have been excavated with a full bioarcheological analysis, and it was an honour to be given community permission to excavate the remains, she says.

“The local people were really excited that we were interested in the history in their village, so we want to prepare the results in local Uzbek language and make this in layman’s terms so it can be given to the school and local community.”

Dr Kinaston plans to publish her full results by June 2020.