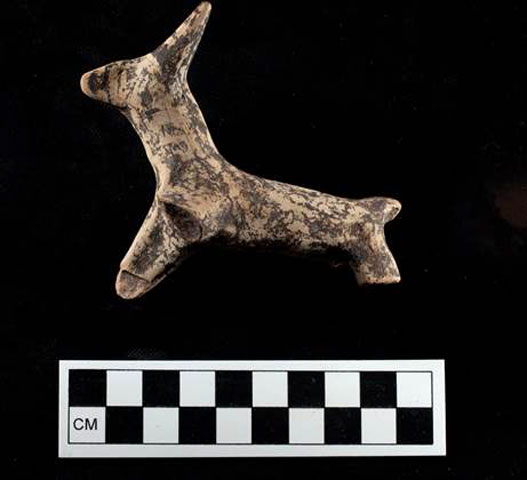 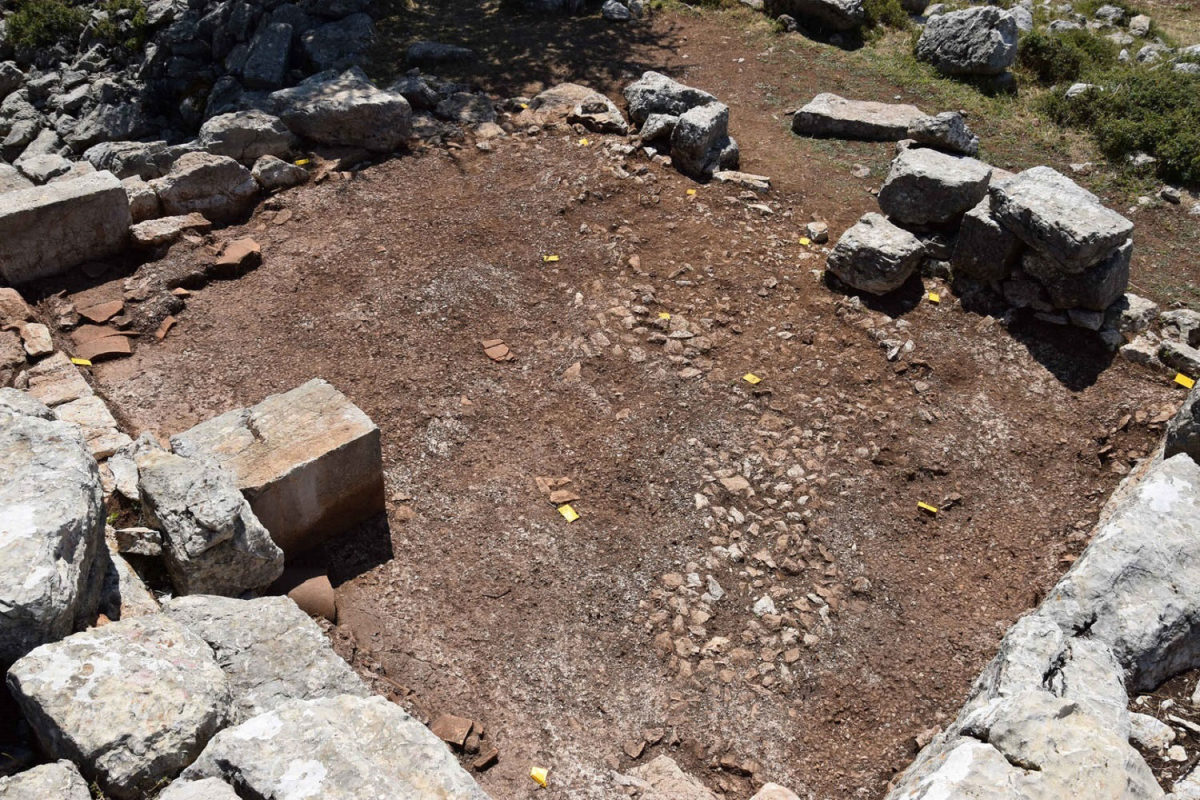 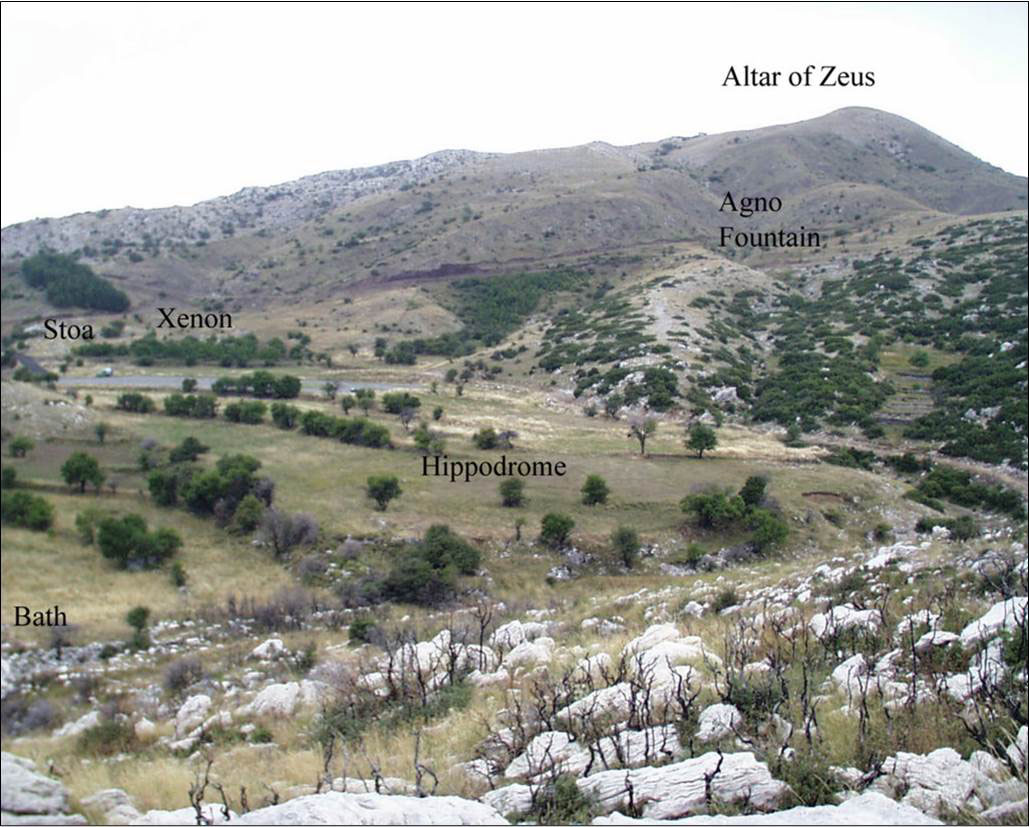 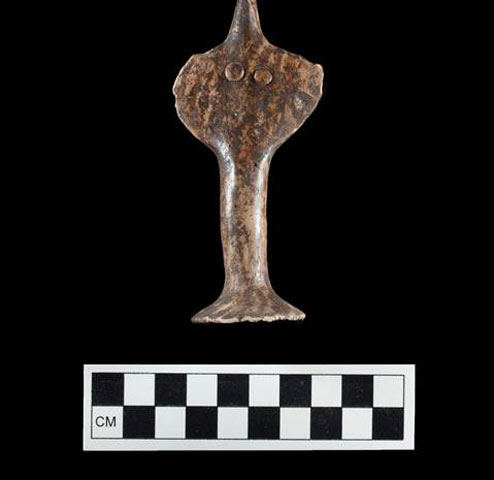 New data on the open air sanctuary of Zeus in Arcadia

On one of the peaks of Mount Lykaion

The open air sanctuary of Zeus in Arcadia is a special place of worship. It is situated at an altitude of 1,382 m on one of the peaks of Mount Lykaion, the Prophet Elias/Elijah where, according to recent research, it was established no later than 1500 BC. “It’s a sun lit peak, literally bathed in light most days of the year. On such high peaks humans felt they communicated better with the divine,” says Dr. Anna Karapanagiotou to the Athens and Macedonian News Agency. She is head of the Arcadia Antiquities Ephorate and director of the joint Greek American excavation research programme active in the region these last few years. Recently, at the archaeological conference organized by the Ministry of Culture and Sports at the Megaron /Athens Concert Hall, the results of the programme were presented, whose second phase began in 2016 and will be completed in 2020.

“The rural population of the greater region gathered at the Prophet Elias on Mount Lykaion and expressed its devotion to the deity with animal sacrifices in its honour. Successive layers of deposits that include ashes from sacrificial fires, remnants of burnt animal bones, and soil formed over time the altar of ashes that one still encounters at the summit today. This open air altar was preserved in its primeval form until the end of antiquity. It has never acquired a monumental architectural form, a fact which indicates its supreme sanctity,” says Ms. Karapanagiotou to the AMNA.

More recent excavations have brought to light many important facts. “In the programme’s current phase there was better documentation of human activity on the summit existing long before 1500 BC, at least since 4000 BC. Further study is required to answer the question about the nature of this human activity on the Prophet Elias before the Mycenaean era. What is particularly significant is that manifestations of worship at the altar did not stop after the collapse of the famous Mycenaean palaces, i.e. after 1100 BC, but continued normally in the early historical times, namely from the 11th to the 9th century BC. This is one among only a handful of such cases in mainland Greece where we can observe and document rituals of worship from one period to another,” Ms. Karapanayiotou points out to the AMNA.

And she goes on to point out that “According to the most recent excavation data, from the 7th c. BC onwards the worship event begins to extend beyond the summit. A large sanctuary evolved in the valley, two kilometers from the mountain peak, where the following buildings were established to serve the sporting events taking place every four years: a stoa, administration building, race track, stadium, preparation areas for athletes etc. This so-called ‘lower sanctuary,’ as it is known in research, was dedicated to Pan, the most important Arcadian god. It should be noted here that, according to Arcadian tradition, Pan was the twin brother of Arcas, the region’s eponymous hero, both sons of Jupiter. Therefore, we have a twin cult on Mount Lykaion, Zeus at the peak and Pan in the plain.”

Concerning the burial of a young man discovered in 2016 near the center of the altar, which has prompted discussions about a possible indication of human sacrifice (ancient sources have reported such practices), more recent data suggests that this is not the case. “For the dating of the human skeleton, a radiological analysis has been conducted for the time being at the University of Arizona’s AMS Laboratory. This first study shows that the skeleton dates after 1453 AD. Further studies will follow, as well as overall scientific use of the data by our collaborator bioarchaeologist Dr Eleana Prevedorou, so that we can reach the final conclusions. We will probably also initiate analyses in a second laboratory, as is the usual practice,” explains the head of the Arcadia Ephorate of Antiquities.

But how did these traditions emerge that refer to lycanthropy, human sacrifice and severe punishments to the offenders of this holy place? “Mount Lykaion is one of the most popular sanctuaries in the field of fiction. From the 5th c. B.C onwards, and especially from the Hellenistic era, such traditions are ‘constructed’. Social anthropology combined with excavation finds and a critical study of written sources help us to understand the historical reality behind and through the myth,” Ms. Karapanagiotou answers to the question put by the AMNA.

She continues: “Recently, and because of many questions from journalists, I have started being interested in the werewolf, with its human and animal features, that has its roots in antiquity and the traditions of Mount Lykaion. The earliest version of the myth of lycanthropy associated with the Lycaean Mountains seems to me to have a symbolic substratum and is probably associated with rites of passage concerning the critical transition of an adolescent from childhood to adulthood. As we also learn from psychology, this process involved three stages: firstly his/her isolation from the community, then loss of the essential features of his/her human nature, and finally, after a series of trials, reintegration achieved through community acceptance. Not only in this but also in other cases of ancient societies, this delicate focal point of adolescence was accompanied by the use of symbolism and led to the creation of special rituals.”

The first excavator of the sanctuary was the Greek archaeologist and academic Konstantinos Kourouniotis. About a century later, a long term Greek-American collaborative research programme was launched, which included excavations, conservation, restoration of monuments and scientific documentation of an ancient Arcadian sanctuary which from the 5th century BC. evolved into the religious centre of Arcadia of international renown.

The programme is under the auspices of the Ministry of Culture and Sports and the American School of Classical Studies, and on the American side it is codirected by professors David Gilman Romano and Mary E. Voyatzis from the University of Arizona. According to Ms Karapanayiotou, after 2020 a period of office based research will follow during which, among other things, a study is planned of the rich and important ancient material resulting from the 2016-2020 excavations. Moreover, in collaboration with institutions and local bodies, a comprehensive management plan of the archaeological site will be developed, which will form part of the area’s natural and cultural Park to be established. It will be called the Parassian Park, after Parassia, the age old region of western Arcadia.