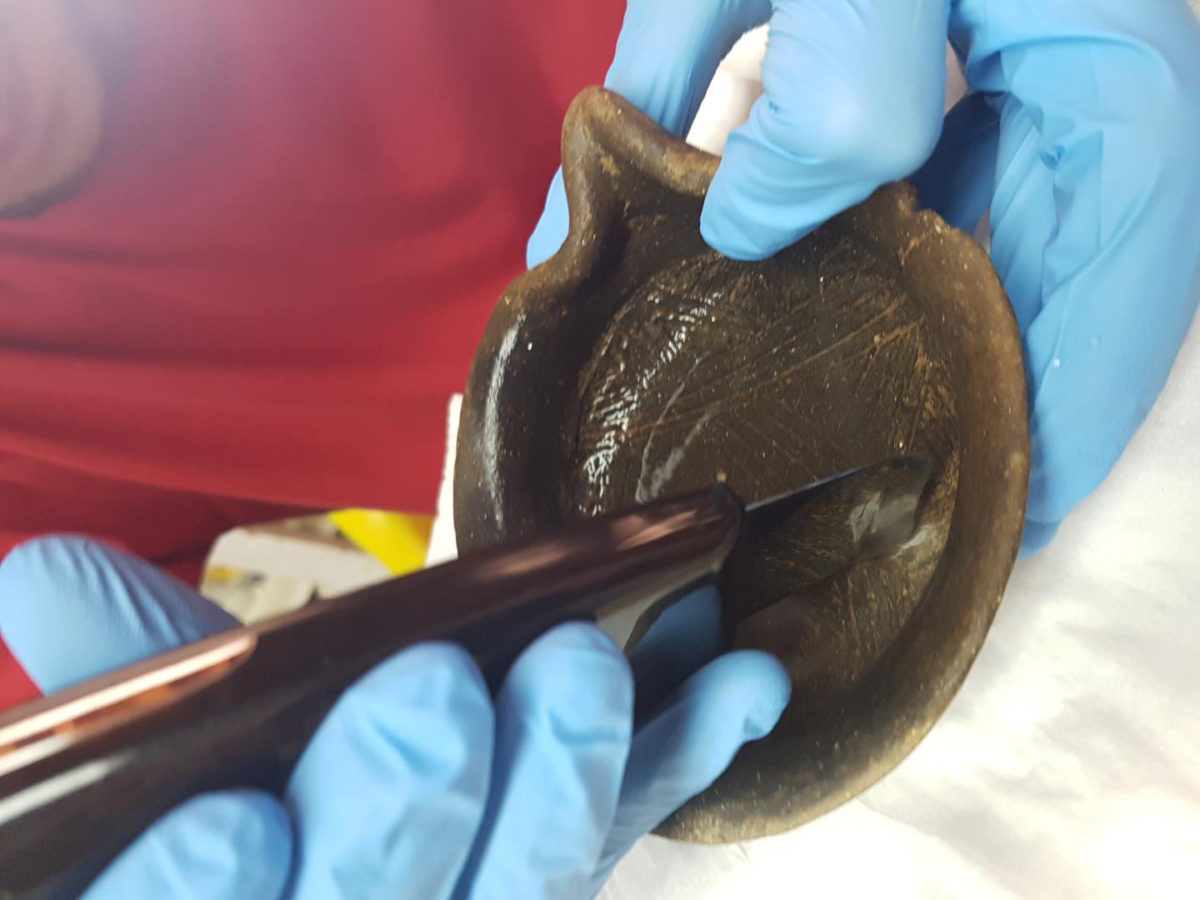 Excavated in the village site of La Consentida, southwest Mexico

New research from anthropologists at McMaster University and California State University, San Bernardino (CSUSB), is shedding light on ancient dietary practices, the evolution of agricultural societies and ultimately, how plants have become an important element of the modern diet.

Researchers examined plant remains found on ceramic artifacts such as bowls, bottles and jars, and stone tools such as blades and drills, dating to the Early Formative period (2000-1000 BCE), which were excavated from the village site of La Consentida, located in the coastal region of Oaxaca in southwest Mexico.

They focused on remnants of starch grains, which are where plants store energy, and phytoliths, also known as ‘microfossils,’ a rigid, microscopic structure made of silica which is produced by plants and can survive the decay process. Both types of microbotanical remains are routinely recovered from artifacts to analyze ancient foodways.

A careful analysis found the remains of flowering plants, wild bean families and grasses, including maize. The findings support existing evidence that the village was transitioning from a broad, Archaic period (7000-2000 BCE) diet to one based on agriculture.

“This is an important piece of the puzzle. The work provides us with a better idea of how plants became cultivated and how they made their way to our plates,” explains Éloi Bérubé, a graduate student in the Department of Anthropology at McMaster University, who conducted the work with advisor Shanti Morell-Hart, an assistant professor of anthropology.

“It gives us a more complete understanding of the daily activities that played a significant role in ancient societies,” he says.

For example, researchers found maize microfossils pointing to the storage and processing of different parts of the plant, as well as indications of heat damage, likely caused by cooking. Evidence of maize and wild beans was also found in artifacts used for burial offerings.

“The Early Formative was a key moment of social transformation for native peoples of Mesoamerica,” says Guy Hepp, director of the La Consentida Archaeological Project and assistant professor of anthropology at CSUSB. “La Consentida was among Mesoamerica’s earliest villages, and these new dietary results help us better understand some of the changes the community was experiencing, including a shift toward permanent settlements and the beginnings of social complexity.”

Combined with other evidence from the site, including variations in burial offerings and the diversity of human depictions in small-scale ceramic figurines, this study suggests that the community was in the early stages of establishing a complex social organization.

The artifacts considered for the study come from a variety of contexts at La Consentida, including mounded earthen architecture, the spaces around ancient houses, and even human burials.

Pottery from the site includes jars used in domestic and communal cooking events and likely also for storage. Some of the jars were later reused as offerings with human burials. Decorative bowls were likely used for serving foods at communal feasts. Ceramic bottles, also found in feasting refuse, likely held beverages brewed from maize and possibly even cacao.