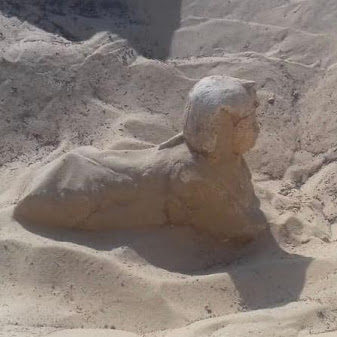 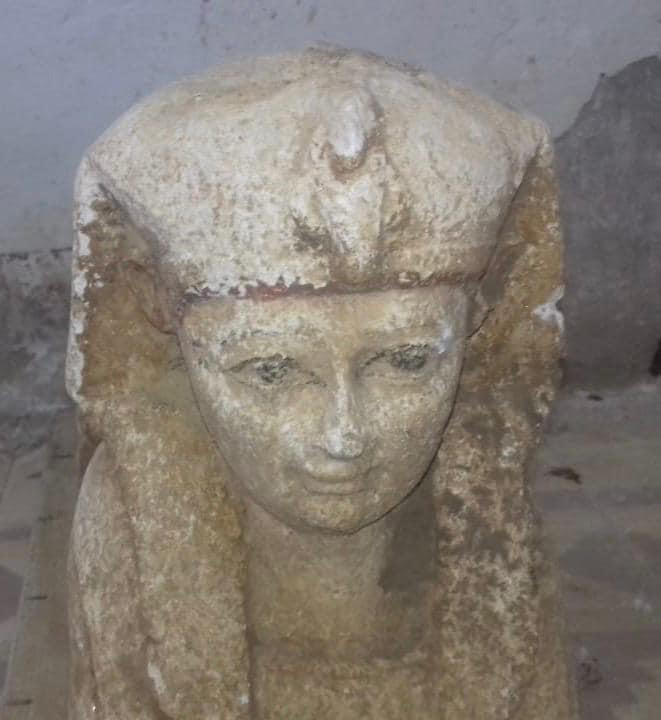 The Egyptian Archaeological Mission, under Sayed Abdel-Malek, in Egypt’s central Minya governorate has uncovered a small statue of a royal sphinx.

Director General of the Antiquities of Middle Egypt Gamal El-Samastawy said the limestone sphinx is 35cm tall and 55cm wide.

The mission excavating the Tuna El Jebel area, 270km south of Cairo, has also found  amulets and pottery, clay pots of various shapes and sizes, and an alabaster bottle.

Archaeological excavations at the area will continue to reveal why the statue was found there.

The site has been the subject of excavations for more than 100 years. The first mission, led by the Institut Francais d’Archeologie Orientale, took place in 1902.