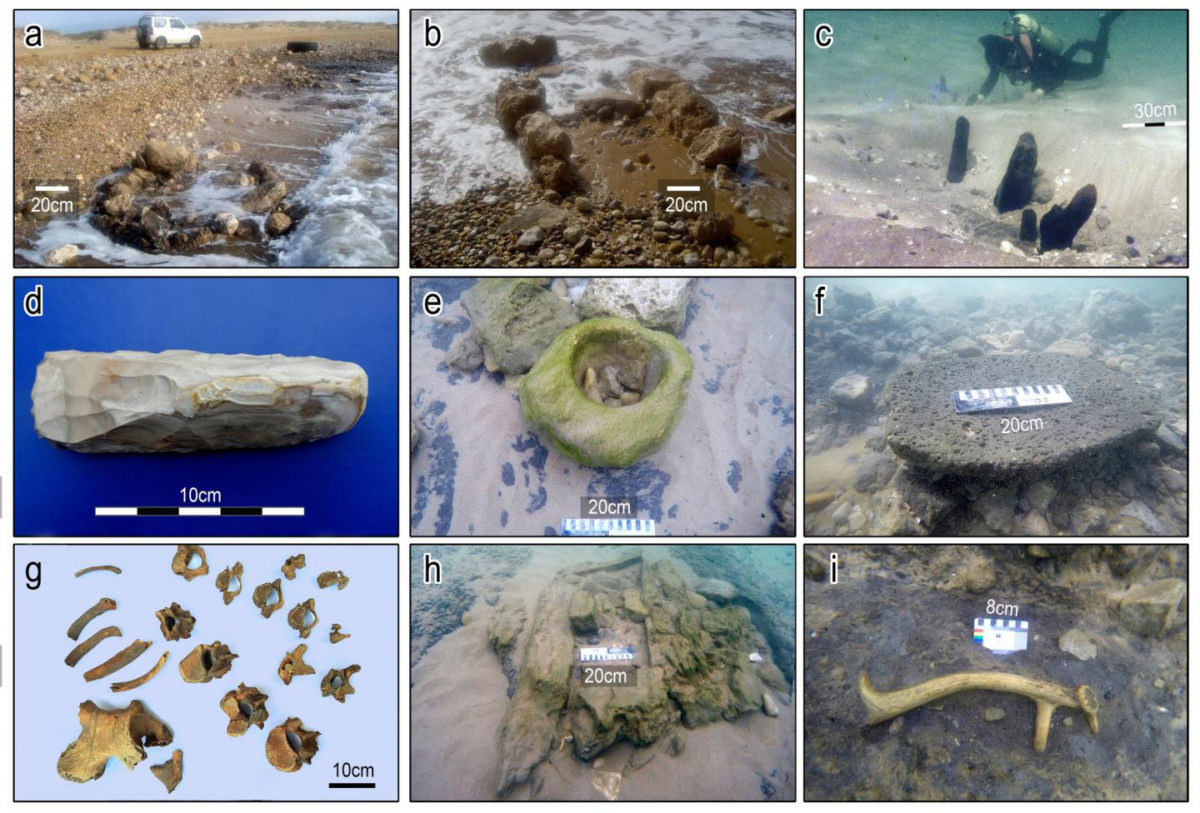 On the Carmel Coast in Israel

Ancient Neolithic villagers on the Carmel Coast in Israel built a seawall to protect their settlement against rising sea levels in the Mediterranean, revealing humanity’s struggle against rising oceans and flooding stretches back thousands of years.

An international team of researchers from the University of Haifa, Flinders University in Australia, the Israel Antiquities Authority and The Hebrew University uncovered and analysed the oldest known coastal defence system anywhere in the world, constructed by ancient settlers from boulders sourced in riverbeds from 1-2km near their village.

In a study published today in PLOS ONE, Dr Ehud Galili from the Zinman Institute of Archaeology, University of Haifa, explains that the over 100 metre long seawall proved to be a temporary reprieve and the ancient village was eventually abandoned and inundated.

“During the Neolithic, Mediterranean populations would have experienced a sea-level rise of 4 to 7 mm a year or approximately 12-21cm during a lifetime (up to 70 cm in a 100 years). This rate of sea-level rise means the frequency of destructive storms damaging the village would have risen significantly,” says Dr Galili.

“The environmental changes would have been noticeable to people, during the lifetime of a settlement across several centuries. Eventually the accumulating yearly sea-level necessitated a human response involving the construction of a coastal protection wall similar to what we’re seeing around the world now.”

In a scenario comparable to the sinking capital of Jakarta today, ancient Tel Hreiz was built at a safe elevation of up to 3 metres above sea level but post glacial sea-level rises of up to 7mm a year posed a threat to settlers and their homes.

Coauthor Dr Jonathan Benjamin from Flinders University in Australia says the Tel Hreiz settlement was first recognised as a potential archaeological site in the 1960’s but the relevant areas that were exposed by natural processes in 2012, revealed this previously unknown archaeological material.

“There are no known or similar built structures at any of the other submerged villages in the region, making the Tel Hreiz site a unique example of this visible evidence for human response to sea-level rise in the Neolithic.”

“Modern sea-level rise has already caused lowland coastal erosion around the world. Given the size of coastal populations and settlements, the magnitude of predicted future population displacement differs considerably to the impacts on people during the Neolithic period.”

Current estimates predict 21st century sea level rise to range from 1.7 to 3mm per year, representing a smaller change when compared to the threat experienced by the Neolithic community that built the ancient sea wall, however many of the same challenges will be posed according to the authors.