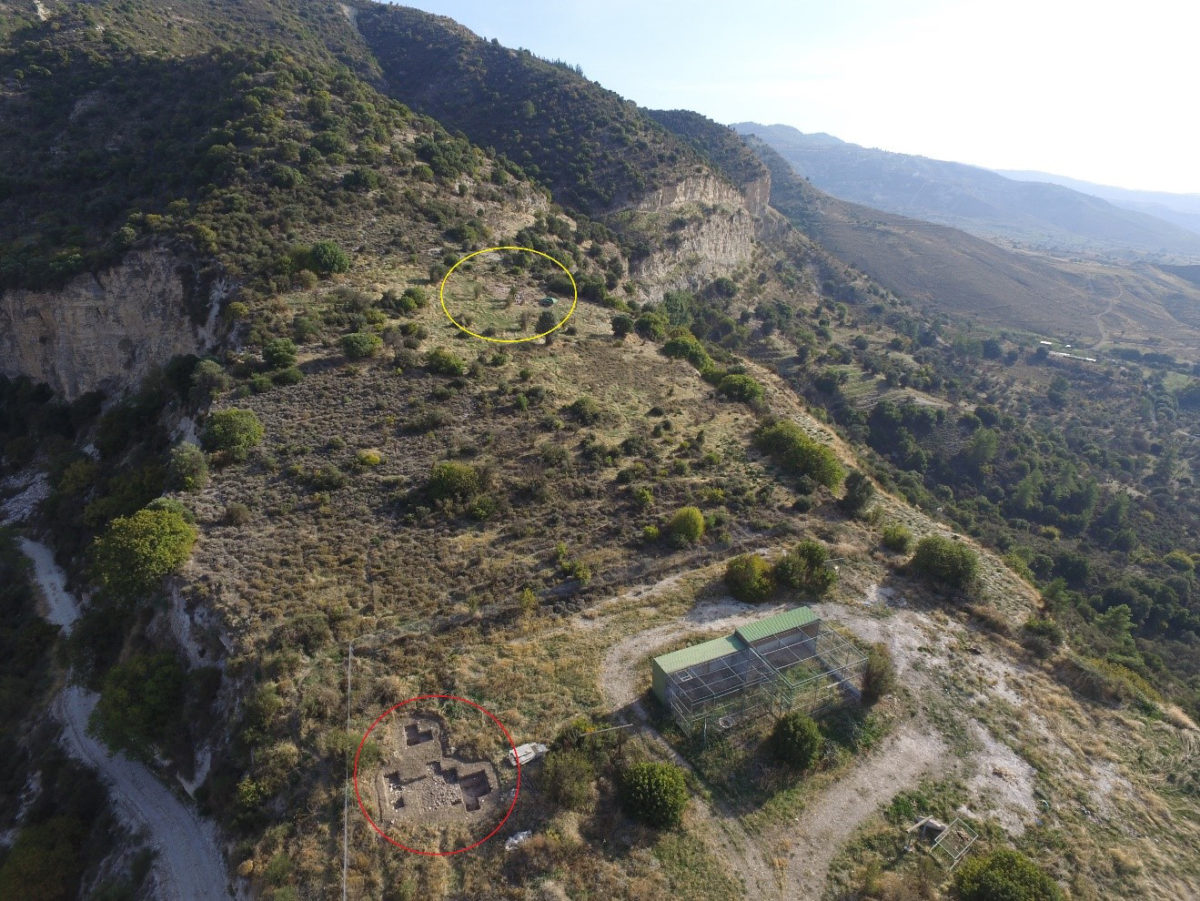 The Department of Antiquities, Ministry of Transport, Communications and Works, announces the completion of the second part of the 2019 archaeological campaign of the Aristotle University of Thessaloniki (AUT) in the Troodos mountains. The team, under the direction of Prof. Nikos Efstratiou, in collaboration with educator/archaeologist Demetris Kyriakou, concentrated on further investigating the prehistoric site at Agios Ioannis/Vretsia – Upper Rhoudias, situated on a terrace of the valley of the Xeros River in the Troodos mountains. The investigations have been especially revealing and they highlight the important role of the mountainous areas of the island during prehistory.

The identification and the gradual revealing of a 7th millennium BC site in a mountainous area of Cyprus came as a surprise to researchers who considered that, the developments in prehistory – especially in relation to the Aceramic Neolithic period – concerned coastal areas and sites, such as Choirokoitia-Vouni, Kalavasos-Tenta and Apostolos Andreas-Kastros. The above picture has changed as a result of the discovery of the site that is being investigated by the team from the AUT. This year’s finds are especially revealing concerning the nature of the site and the period in general. As such, some of the questions and thoughts that had been expressed from the very beginning of the team’s research in the area, remain relevant.

The investigations, which took place in November 2019, were more intense than other seasons and revealed a very large part of an impressive circular building that had already been identified in 2018. The building’s architecture has now become clearer and at the same time, a new series of questions have arisen concerning the building’s character and use, as well as its size and the possible extent of the Upper Rhoudias site.

Of special interest is the circular building’s monumental character since its diameter exceeds 7m and its walls are comprised of two series of stones (a characteristic known from other contemporaneous sites on the island). There is also evidence of other features in the interior of the building (possible rectangular pillars). Although the building has not yet been revealed completely it seems that, where the top soil layer is thin, the remains have not survived, although this will be confirmed with the completion of investigations. However, the circular building and especially its location, lead researchers to a series of interesting questions concerning the nature of the Cypriot Aceramic period (i.e. geographical distribution of sites, economy, exchanges etc.), as well as more specific ones concerning the various types of buildings and their use (cultivation, seasonality, special use etc.). A question arising is why would such a monumental and well-built structure be constructed at a mountainous locality, unless it had a special function. However, it is possible that our current perceptions of such locations as marginal, are completely wrong. All these questions will remain open issues, until the investigations are completed.

Another question is whether this circular building is the only one at the site or, whether it was one of more other constructions. Although once more, the answer to this question will be given through future investigations, other built features have already been noted, such as a stone-built wall which possibly surrounded the site.

In conclusion, the archaeological investigations conducted by the team of the AUT at the two neighbouring sites on the Rhoudias terrace (Agios Ioannis/Vretsia-Rhoudias (9th millennium BC) and Agios Ioannis/Vretsia –Upper Rhoudias (7th millennium BC) – have successfully highlighted a completely different aspect of the prehistory of Cyprus, that of the island’s mountainous hinterland. The new discoveries have greatly enriched our knowledge on the island’s early prehistory with new sites and finds.

NOTES
1. Department of Antiquities, Ministry of Transport, Communications and
Works