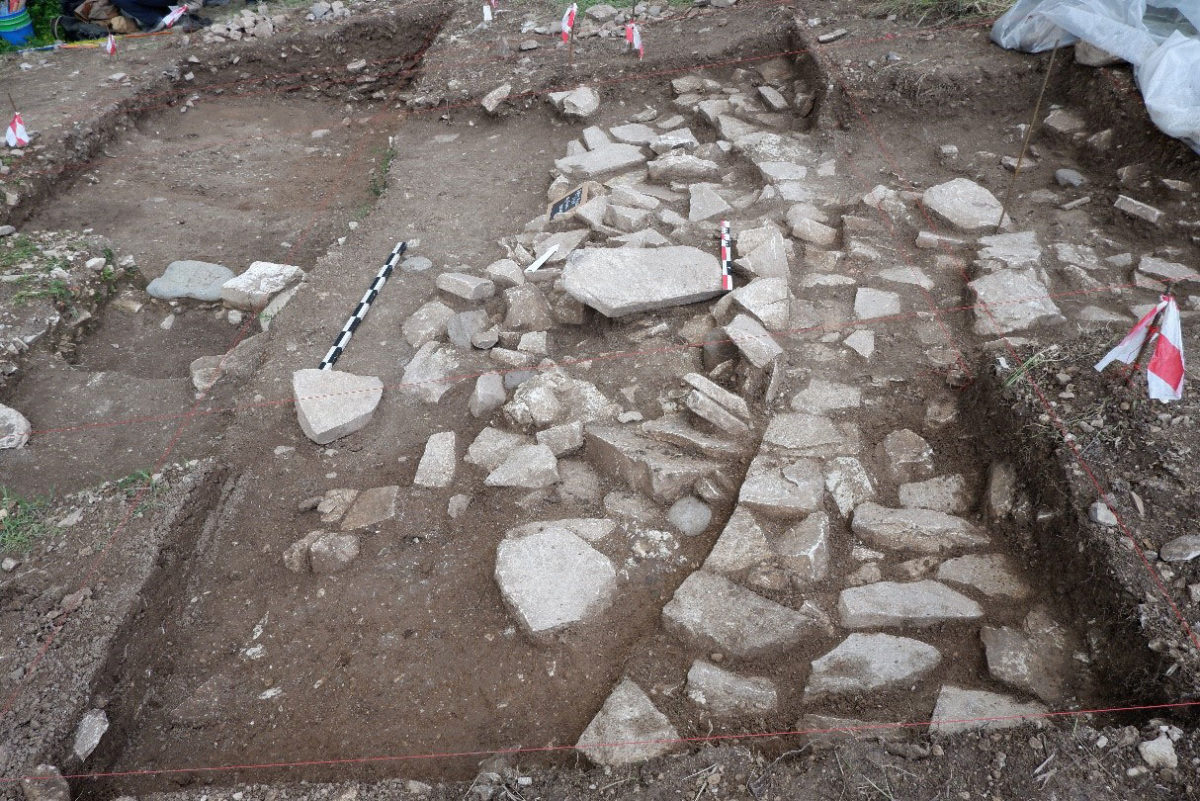 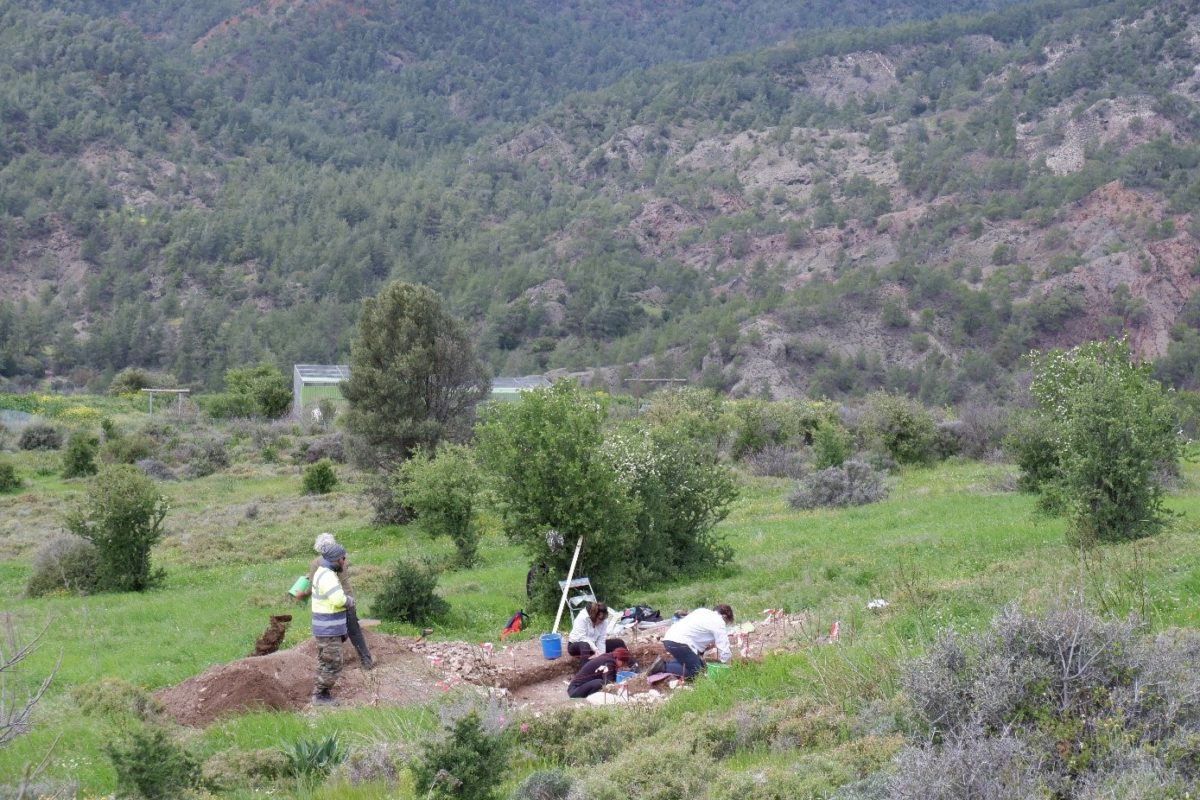 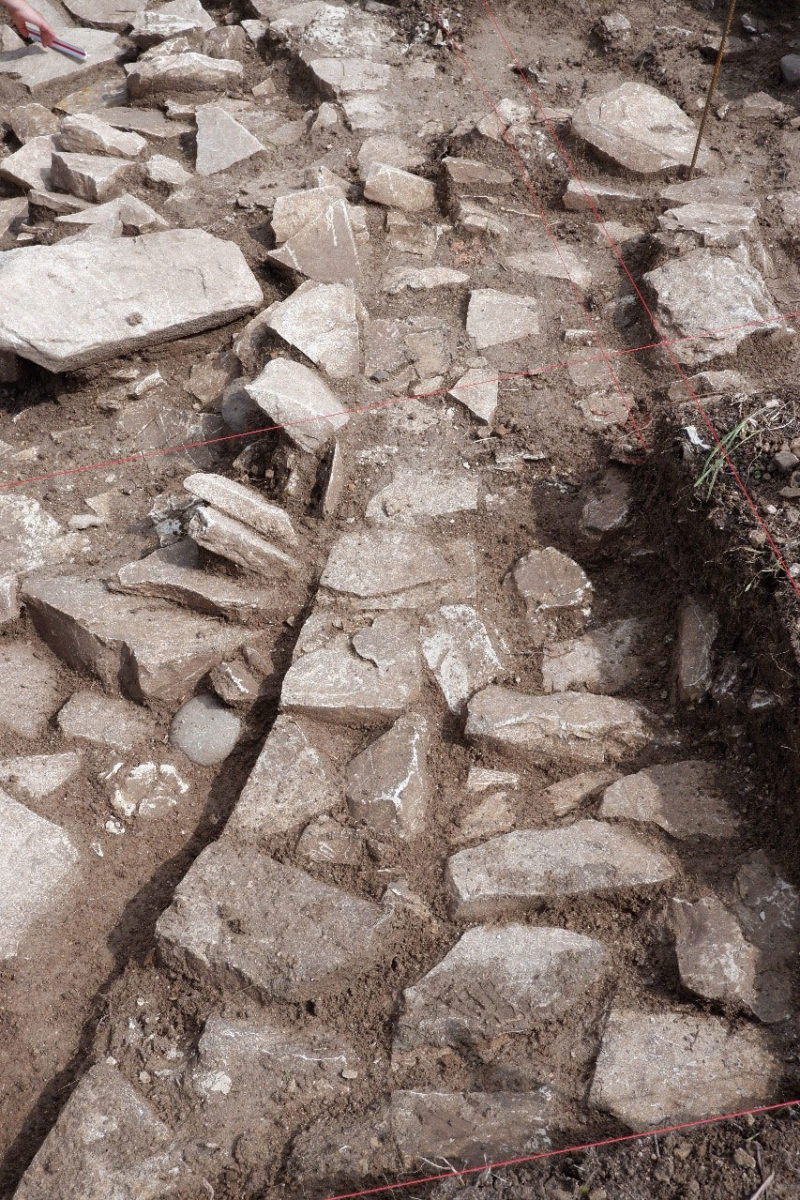 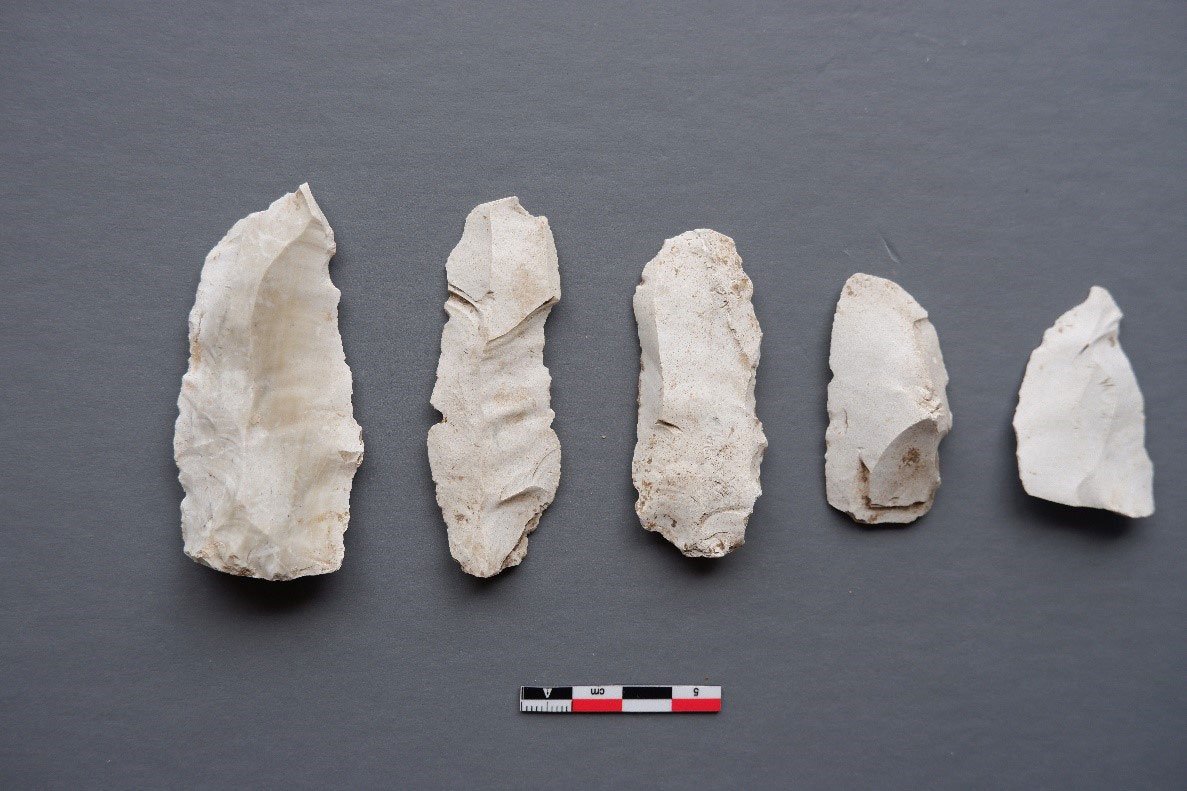 The Department of Antiquities, Ministry of Transport, Communications and Works, has announced the completion of the 2019 archaeological mission of the Aristotle University of Thessaloniki (AUT) in the Troodos mountains. The team, under the direction of Prof. Nikos Efstratiou, consisted of undergraduate and postgraduate students of the Archaeology Section of the AUT History and Archaeology Department, and Cypriot researcher Demetris Kyriakou.

This year the site of Agios Ioannis/Vretsia-Upper Rhoudias, a site in the upper part of the the Xeros River terrace in an upland area of the Pafos District (elevation: 460 m.), which was first discovered during the 2018 excavation season, was further investigated. The 2019 excavations revealed an impressive circular building which belongs chronologically to the so-called ‘Choirokoitian Phase’ (ca. 6,400 – 5,600 BC). The stone building has a diameter of at least 5 m. and is extremely well-built (consisting of two lines of stones). It is preserved in a very good condition and other, smaller structures have also been revealed in association with the larger building, as well as a refuse area. The excavation’s moveable finds include a large number of chipped stone tools of flint and ground stone tools and also ground stone vessels, as well as quantities of animal bone.

The discovery, in this far away and secluded upland area of Troodos, of the very characteristic architectural tradition of the round house, challenges the prevailing notion of the Cypriot mountainous hinterland being a culturally marginal area. In addition, this new site raises the number of ‘Choirokoitian Phase’ excavated sites, which are few. The results of the AUT excavations at Agios Ioannis/Vretsia-Upper Rhoudias, pose new research question regarding Cypriot prehistory and at the same time, highlight the role of upland areas in Cypriot archaeology, a role which had been until now underestimated.