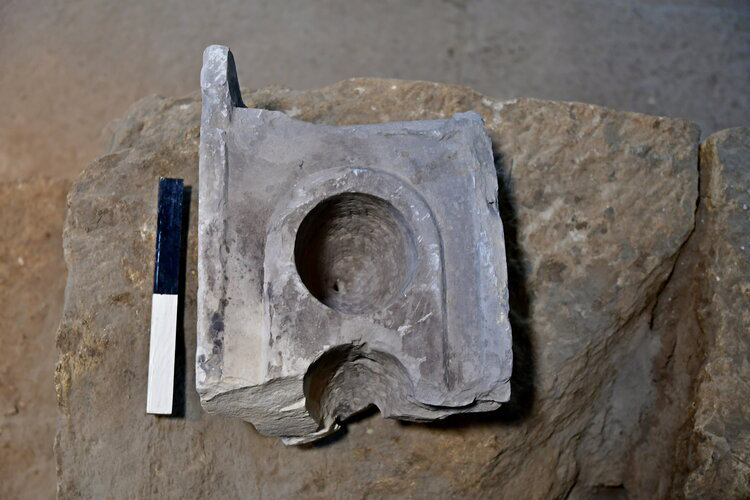 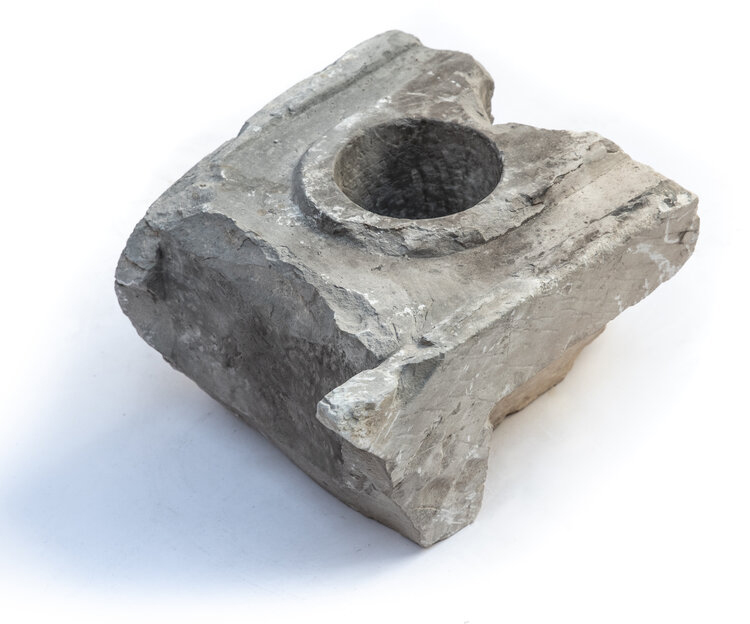 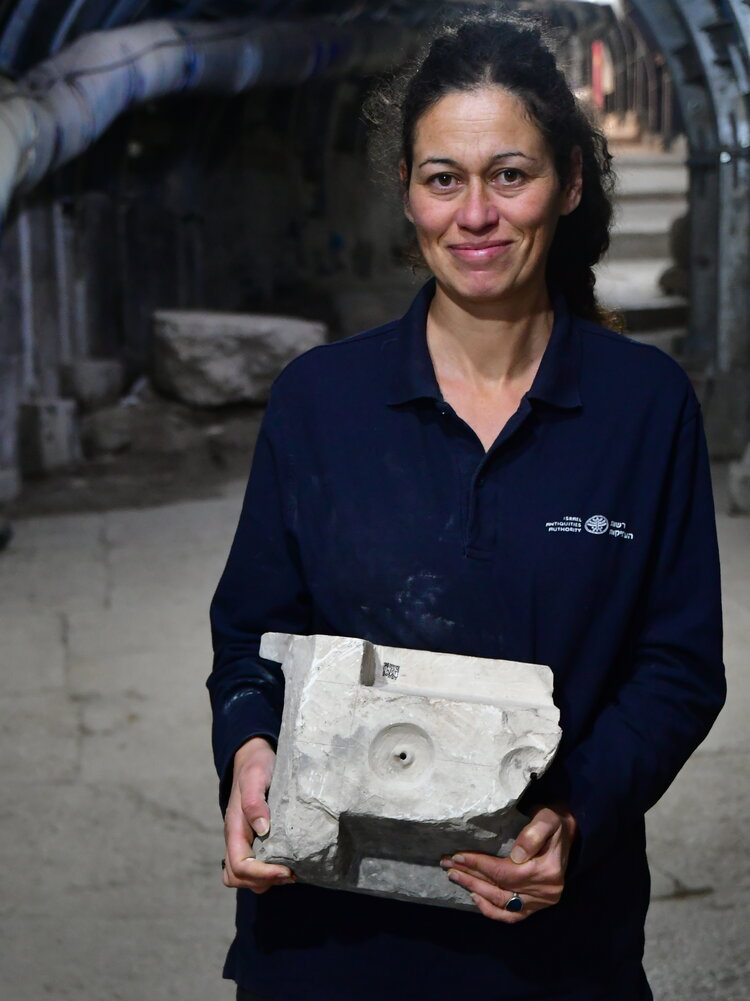 During excavations along the Pilgrimage Road

Archaeologists unearthed a 2,000-year-old measuring table along the Pilgrimage Road in Jerusalem. Large divots in the stone table were used to measure liquid commodities such as wine and olive oil. Dozens of stone weights were found near the measuring table, suggesting the area was once a lively market, possibly the main town square of Jerusalm’s lower city during the Second Temple Period. Located en route to the Temple, researchers suggest the market was a focal point of trade and commerce and may have included the office of Jerusalem’s “Agoranomos,” the officer in charge of supervising measurements and weights.

Excavations along the Pilgrimage Road are being carried out by the Israel Antiquities Authority (IAA) in the City of David National Park. Nahshon Szanton, Moran Hagbi and Meidad Shor of the IAA directed the excavations. They uncovered a large, open paved area dating back some 2,000 years. Ari Levi of the IAA, who also directed excavations, says “The volume standard table we’ve found, as well as the stone weights discovered nearby, support the theory that this was the site of vast trade activity, and perhaps this may indicate the existence of a market.”

The ‘volume standard’ table fragment has two deep cavities, each with a drain at the bottom. Professor Ronny Reich, who is currently researching the discovery, explains how the table was used: “The drain at the bottom could be plugged with a finger, filled with a liquid of some type, and once the finger was removed, the liquid could be drained into a container, therefore determining the volume of the container, using the measurement table as a uniform guideline. This way, traders could calibrate their measuring instruments using a uniform standard.”

Although stone tools and utensils were prevalent in Jerusalem during the Second Temple period, archaeologists have found only two other stone measuring tables in Jerusalem. One was discovered during 1970’s excavations in the Jewish Quarter, and the other in the Shu’afat excavations in Northern Jerusalem.

The stone weights discovered nearby have a flattened circular shape, and are made in various sizes for measuring different masses. Unlike the table, the weights are very common to Second Temple Jerusalem. Reich says “more than 90% of all stone weights of this type, totaling several hundreds, were found in archaeological excavations in early Jerusalem dating back to the Second Temple period. Due to this fact, they represent a unique Jerusalem phenomenon.” Levi adds, “The fact that there were city-specific weights at the site indicates the unique features of the economy and trade in Jerusalem during the Second Temple period, possibly due to the influence of the Temple itself.”

The plaza’s location en route to the Temple, the rare measurement table, and the large number of weights all point to this having been lower Jerusalem’s primary marketplace during the Second Temple period, some 2,000 years ago.