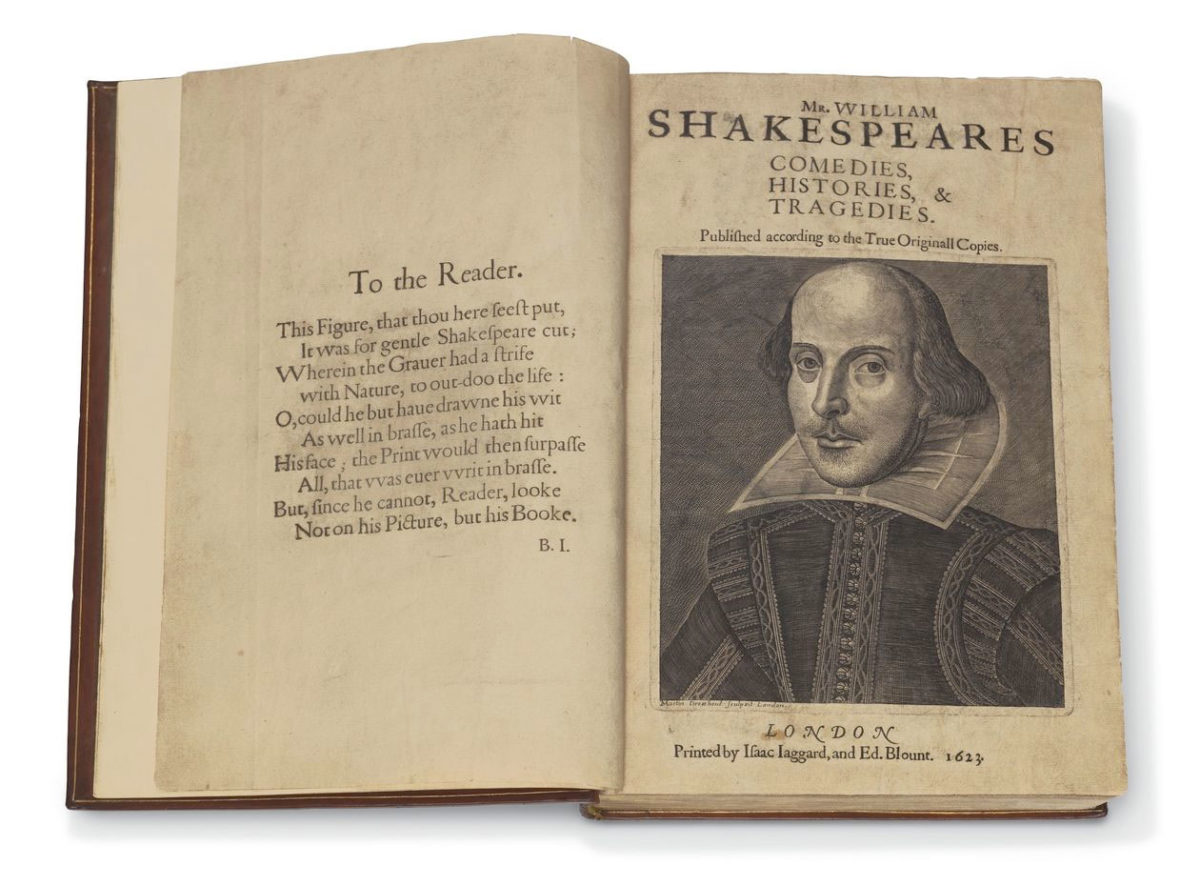 Shakespeare’s First Folio up for auction in New York

It was recently announced by Christie’s

It was recently announced by Christie’s house that a rare book of 1623, the first published collection of William Shakespeare’s works, will go to auction for the first time in April.

The auction house announced that the book called “Comedies, Histories and Tragedies” often referred to as the “First Folio” is expected to fetch between 4 to 6 million dollars. The book is one of only six known complete copies in the hands of private owners.

The copy to be auctioned will be displayed to the public during a tour starting next week in London, before travelling to New York, Hong Kong and Beijing. It will return to New York for the auction on April 24.

The book is being sold by Mills College, a private girls’ college in Oakland, California.

The highest price for a First Folio sold at auction was almost 6.2 million dollars in 2001, announced Christie’s house.