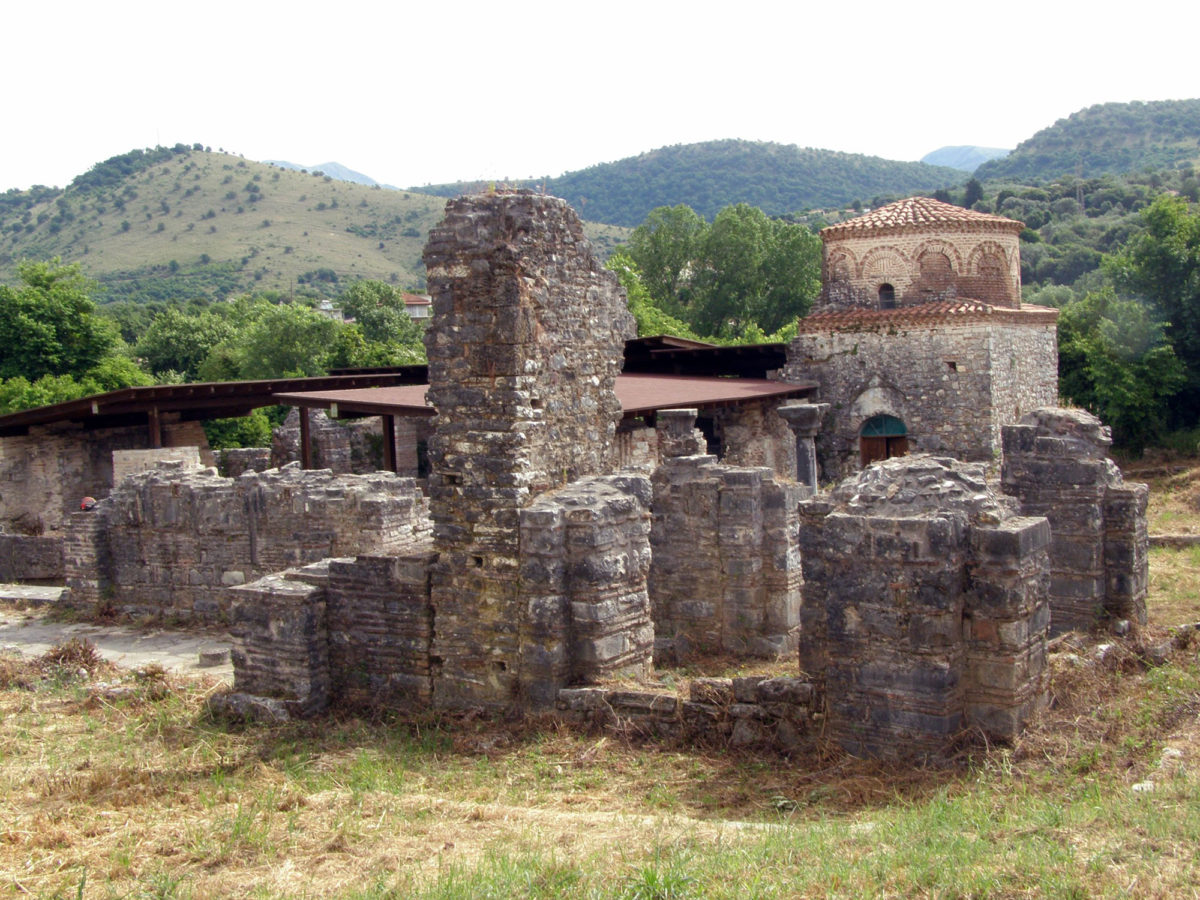 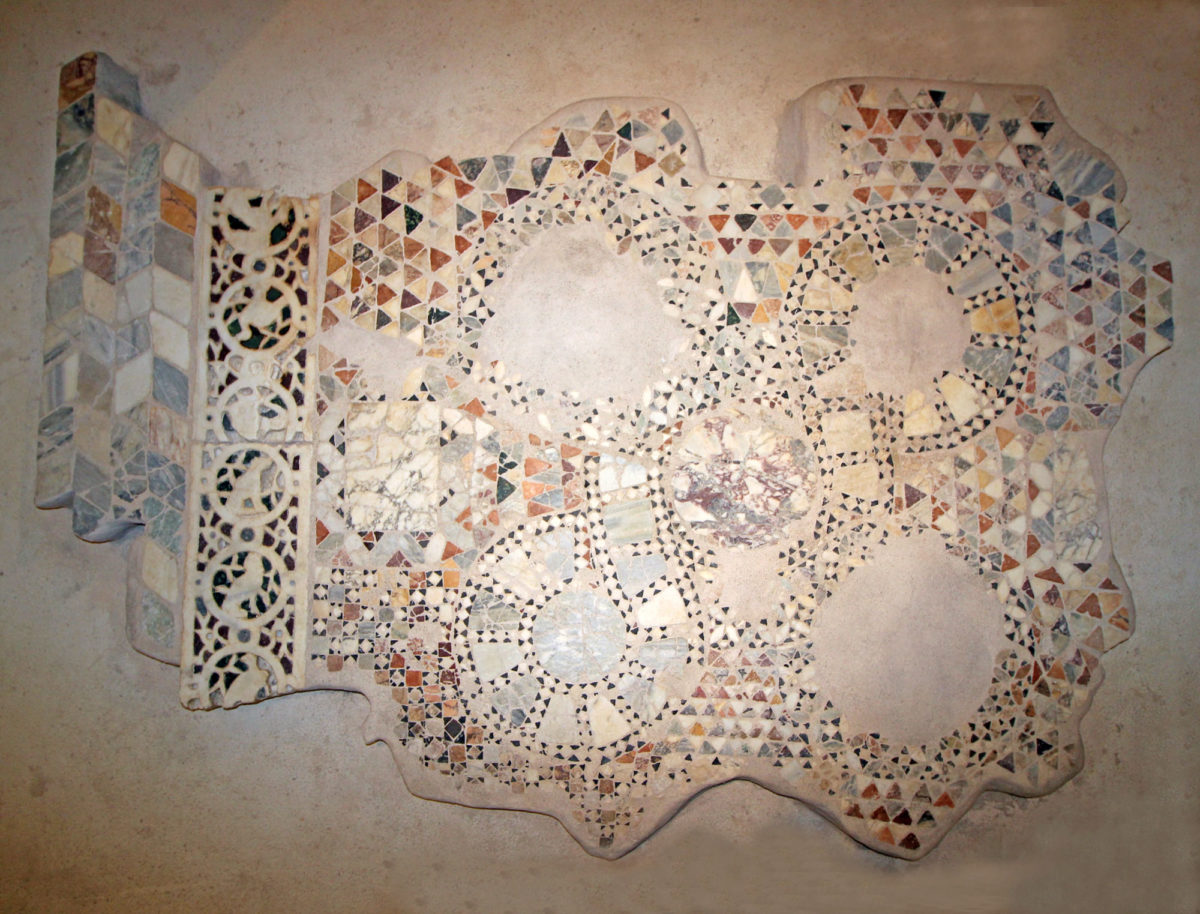 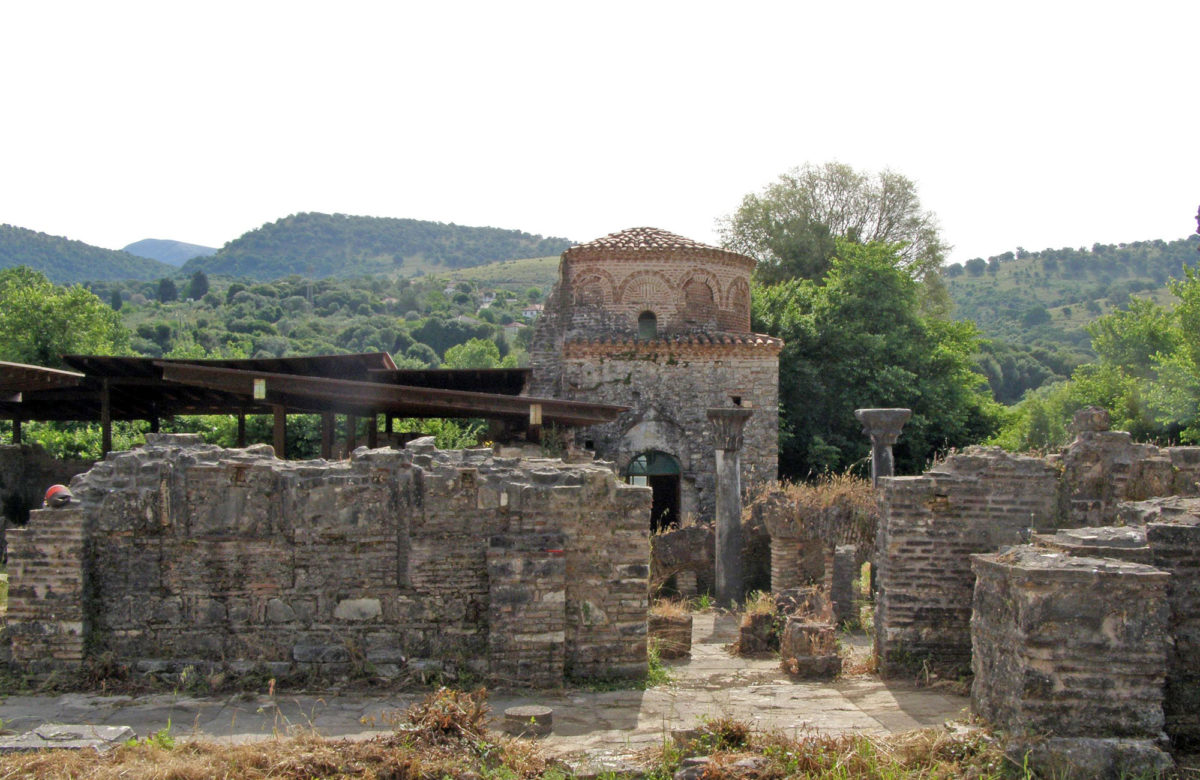 Μarble panel from Pantanassa monastery has conserved and exhibited

The Byzantine monastery of Pantanassa close to the settlement by that name in the Philippiada region is one of the most important monuments passed down to the region of Arta by the Despotato, i.e. the Medieval Greek state of Epirus.

It was built in the 13th century by Michael II Angelos Komnenos Doukas in the inscribed cross domed style with five domes. In the 1990s, while excavating the floor of the narthex of the Pantanassa church, professor and academician Panagiotis Vokotopoulos uncovered a multicoloured marble panel.

Most of it is decorated with a variation on the theme of the five loaves, i.e. five intersecting circles. It also includes two marble plaques with bas relief decoration of seric wheels (medallions that are linked to each other by smaller circles) enclosing animal forms for the most part. The background surface is covered with small coloured pieces of marble. The plaques had been lifted and put back for a second time, as can be seen by the decoration which is not continuous from one plaque to the next.

After its discovery the marble panel was detached in eighteen sections by conservationists from the Ministry of Culture, then placed in a storeroom of the then Ephorate of Byzantine Antiquities of Arta. In 2019 the marble panel was treated by antiquities conservators of the Arta Ephorate of Antiquities. The conservation aims to preserve and highlight the aesthetic and historical value of the marble panel respecting its original materials and authentic elements, a fact that puts strict limitations on the choice of methodology and materials used for the operations.

With the completion of conservation work, the marble panel is now being exhibited at the glyptotheque of the Paregoretissa that hosts sculptures originating from monuments in Arta and the greater area.