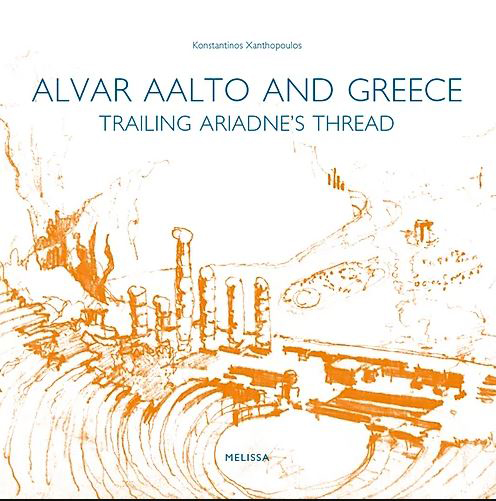 Alvar Aalto left few traces of his more or less hasty passage to Greece, first in 1933 (late July-August), and twenty years later, in 1953 (end of April-May). Facts were provided from casual notes, letters and telegrams unearthed from the Aalto Archives; the 4th CIAM minutes recorded by the Technical Chamber of Greece (TEE), including facts supplied by Greek and foreign scholars; testimonies “in his own words”, or, from either Göran Schildt’s words (his main biographer), or even those of Sigfried Giedion (his Swiss mentor), and  collaborators from his close entourage (i.e. Nils-Gustav Hahl, Jean-Jacques Baruël).

But, like in the enigmas of an ancient myth hovering between facts and fiction, limited as these traces were, they could nevertheless substantiate a starting point for the unfolding of plausible hypotheses,  metaphors, and analogies, thus complementing a “story” of Aalto’s experiences and affinities with Greece’s cultural wealth.

The present essay aims at exposing this “story”, which up till now has received nominal attention and publicity compared to the rest of the architect’s international voyages, and notably, to neighboring Italy. In a way, there was a significant difference in what Italy and Greece could reveal to their cultivated travellers. In the Italian trips the “reality” was closer to imagining the “metaphor”. In the Greek trips,  the “metaphor” was a rather enigmatic riddle in connection to “reality”. Thus, the “story” of Aalto and Greece, or of Greece and Aalto, seemed to brighten through a sort of reverse trail in the way out of a maze [labyrinth] of impasses –convoluted facts and assumptions, to be untangled and illuminated.

The following broad themes are elaborated in the essay relating Aalto to Greece and vice-versa:

-The classical tradition as a cultural factor;

-Τhe documented experience of previous Finnish architects-travellers, as an additional incitement for Aalto’s trips to Greece;

-Aalto’s ambitions and eclectic participation and role at the 4th CIAM of Athens and on board of the steamer Patris II;

-Aalto’s first in situ encounters with the Acropolis monuments;

-Aalto vis-à-vis his Greek colleagues, participants or outsiders at the 4th CIAM –mutual influences and parallelisms;

-Aalto’s second trip to Greece in a mature quest of spiritual-cultural values, of the interrelations of culture, nature and historicity and of classicism’s affectation with modernity.

The essay is substantially coupled with two introductory texts. The first by Juhani Pallasmaa covers the issue of Alvar Aalto’s cultural synthesis and his art of fusing the opposites. The second by Dimitris Fatouros outlines Alvar Aalto’s skills involving the ceaseless transition and  ambiguity in the definition of his oeuvre.