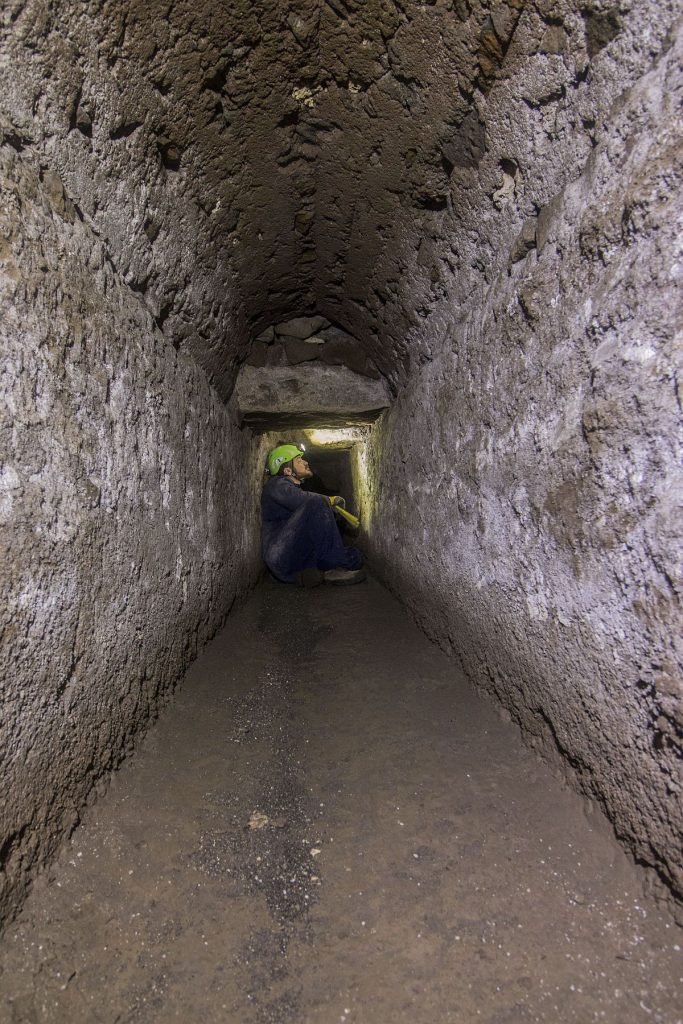 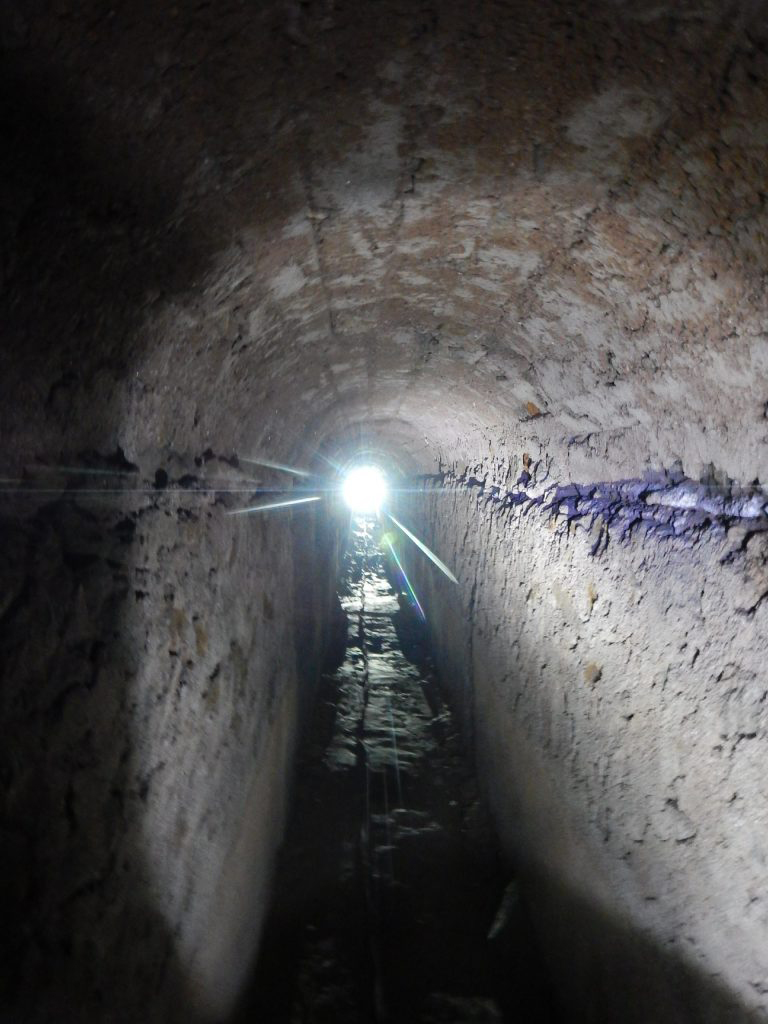 Canals and tunnels in the forum area

Speleologists study the subsoil of Pompeii

From surface to subsoil. Investigation and research at Pompeii does not stop at the visible parts of the city, but also focuses on previously unseen aspects, such as the study of the tunnels and drainage canals of Ancient Pompeii which crossed the Forum area, from Porta Marina to the Villa Imperiale.

457m of these passages have been investigated thanks to the collaboration with the group of speleologists of the Cocceius Association, with whom the Archaeological Park of Pompeii entered into an agreement in 2018, which sought to reconnoiter and study the city’s rainwater drainage system, starting from the Civil Forum.

The analysis of this complex system had been highly complex and seldom updated over time, due to various factors which limited in-depth examination of it. The primary factor was the logistical difficulty of the structures, which were physically inaccessible without the necessary equipment and preparation by operators. A further complication was the fact that the only information which had been gathered during the last decades was limited to simply noting the presence of these elements of the ancient water management system, which were identified during investigations that had been conducted for other reasons (such as the installation of electrical systems, or site services, not least the disabled access route).

Furthermore, the excavation records made at the time when the limited investigations were carried out in these grottoes yielded precious little information regarding the context of the excavation, and the recovered material.

The recent exploration and detailed analysis of the drainage system has thus had the double objective of providing new information regarding the evolution of the area between the Civil Forum and Porta Marina, as well as identifying the potential critical issues of the system and the most appropriate ways of remedying it and keeping the drainage pipes functioning, while respecting the archaeological value of the ancient work.

The first phase of the project — which will be followed by a second phase aimed at the regeneration of the canals and cisterns for the drainage of water, which is of particular importance for the purpose of safeguarding the site — ended in early January.

A network of tunnels and canals has been identified which branches out from a pair of cisterns below the Forum, running under Via Marina and ending near the Imperial Villa. The system allowed excess rainwater in the Via Marina channel to be drained out of the ancient city, towards the sea.

In modern times, the system was largely cleaned of ancient deposits in order to restore its functionality.

It has also been possible to indicate a chronology of the structures and the system as a whole, albeit on a preliminary basis, and three main phases of the life of this extensive underground complex have been hypothesised; an initial Hellenistic phase (late 3rd-2nd century BC); a second in the late Republican age (early/late 1st century BC) and a third phase corresponding to the Augustan and Imperial age (late 1st century BC–79 AD).

“The project of exploring these tunnels forms part of the activities of the Archaeological Park of Pompeii that aim to broaden our understanding of the site, which is the essential basis of any monitoring or safeguarding intervention”, declares Director General Massimo Osanna — “this initial, but complete, exploration of the complex system of underground canals confirms the cognitive potential which the Pompeian subsoil preserves, and demonstrates how much still remains to be investigated and studied. Furthermore, many gaps in knowledge from the past regarding certain aspects or areas of the ancient city are being filled, thanks to the collaboration of experts in various sectors, which allow us to gather ever more accurate data as a result of specialised skills which had never been employed in other periods of excavation or study.”