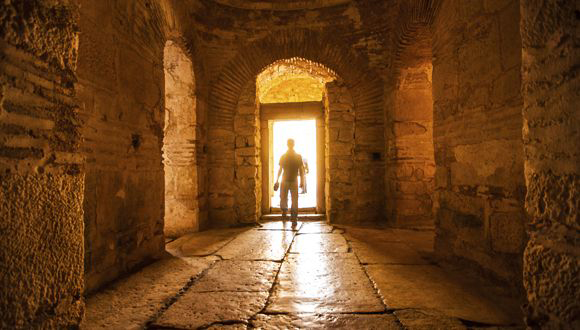 In 2012, a monumental Iron Age temple complex dating to the late 10th and early ninth centuries BCE was discovered at Tel Moẓa near Jerusalem by archaeologists of the Israel Antiquities Authority (IAA). The site, identified as the biblical city of Moẓa, within the boundary of the tribe of Benjamin (Joshua 18:26), served as an administrative center for the storage and redistribution of grain.

In the spring of 2019, the first academic excavation of the site set out to fully unearth and study two cult buildings discovered one on top of the other at Tel Moẓa: The monumental temple complex built in the late 10th to early ninth centuries BCE, and a structure beneath it that has only partially been uncovered, tentatively dated to the 10th century BCE.

The Moẓa Expedition Project was led by Tel Aviv University and IAA researchers. Shua Kisilevitz and Prof. Oded Lipschits of TAU’s Sonia and Marco Nadler Institute of Archaeology, principal investigators in the excavation and lead authors of the study, say the dig is the site of the only monumental Iron Age temple excavated in the heart of Judah. Their new study details the project’s exceptional finds at the site, the area under the complex’s earliest floor, which include cultic installations and artifacts such as anthropomorphic and zoomorphic figurines and a large decorated cult stand.

A network of temples?

“Could a monumental temple really exist in the heart of Judah, outside Jerusalem? Did Jerusalem know about it?” writes PhD student Kisilevitz. “If so, could this other temple possibly have been part of the Judahite administrative system? The Bible details the religious reforms of King Hezekiah and King Josiah, who consolidated worship practices to Solomon’s Temple in Jerusalem, and eliminated cultic activity beyond its boundaries.

“However, our analysis of the archaeological finds and biblical texts clearly demonstrates that the temple at Moẓa conformed to ancient Near Eastern religious conventions and traditions and biblical depictions of cult places throughout the land. It has become clear that temples such as the one at Moẓa not only could but also must have existed throughout most of the Iron II period as part of the official, royally sanctioned religious construct.”

“Despite the biblical narratives describing Hezekiah’s and Josiah’s reforms, there were sanctioned temples in Judah in addition to the official temple in Jerusalem,” Prof. Lipschits adds. “Our discoveries thus far have fundamentally changed the way we understand the religious practices of Judahites.”

The rich assemblage of cultic artifacts and architectural remains at the site — including human-shape figurines, horse figurines, a cult stand decorated with a pair of lions or sphinxes, a stone built altar, a stone-built offering table and a pit filled with ash and animal bones — provides an important opportunity to study the formation of cult and religion in the region at the time and provide a framework for the formation of the Kingdom of Judah.

According to the study, the construction of a central cult location with regulated worship dedicated to this purpose was a natural progression for a growing community. As the site’s function as a granary intensified, a temple was constructed to ensure economic success and to strengthen the control of the local leaders over the community around the economic and cultic center.

The study of the economic function of the site in tandem with its religious function strengthens the idea that a local polity emerged in the Moẓa region in the 10th century BCE, possibly hailing the establishment of a Judahite polity later in the era. “We suggest that the Tel Moẓa temple was the undertaking of a local group, initially representing several extended families or perhaps villages that banded together to pool their resources and maximize production and yield,” the researchers write. “The rest remains to be discovered.”

The Moẓa Expedition Project will resume excavation at the site this spring. The expedition will comprise a team of 50 participants, including staff and students from Tel Aviv University, Charles University in the Czech Republic, Universität Osnabrück in Germany and UCLA in the United States.