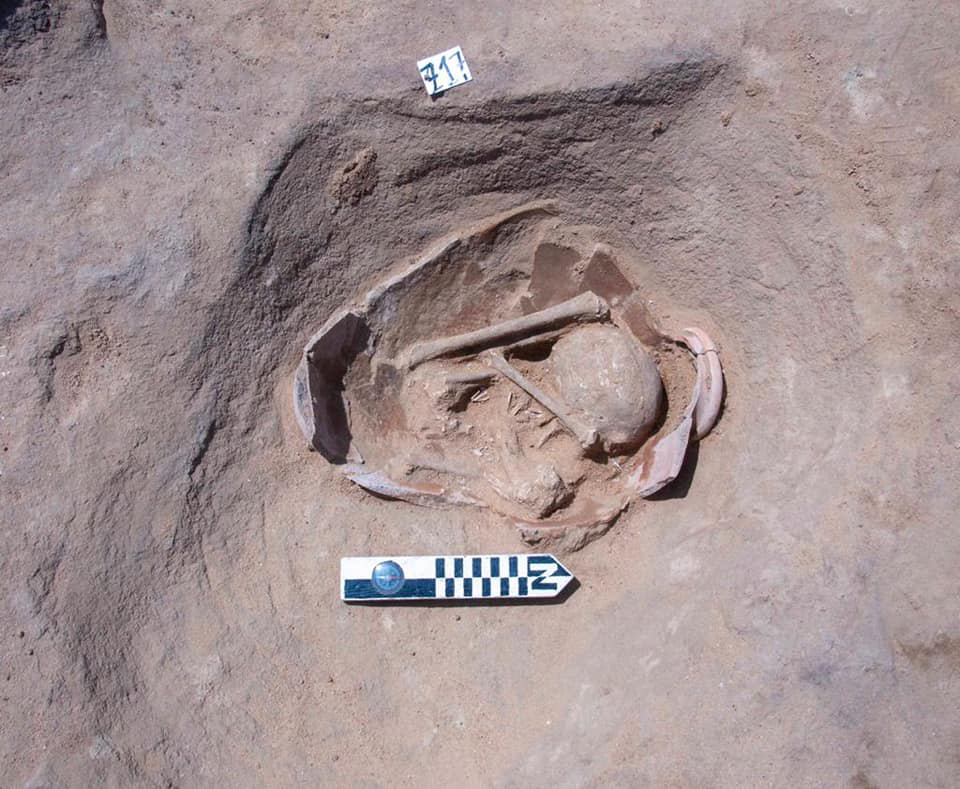 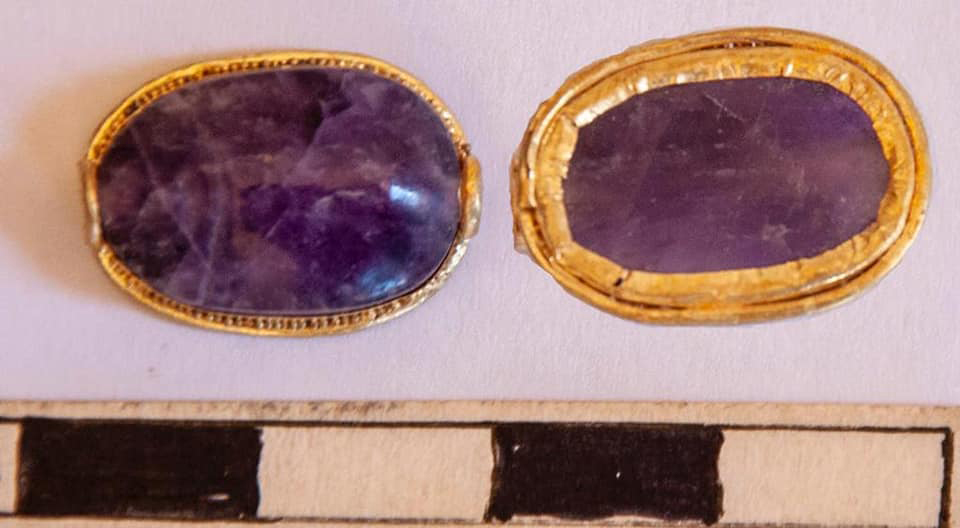 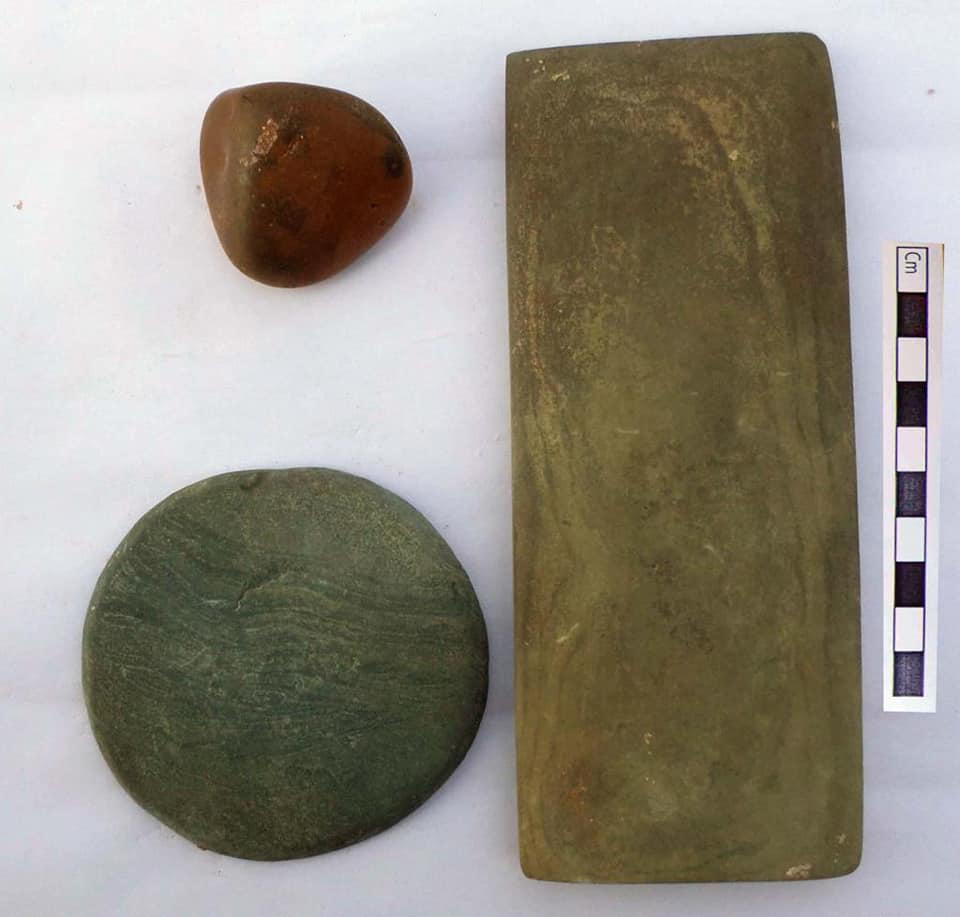 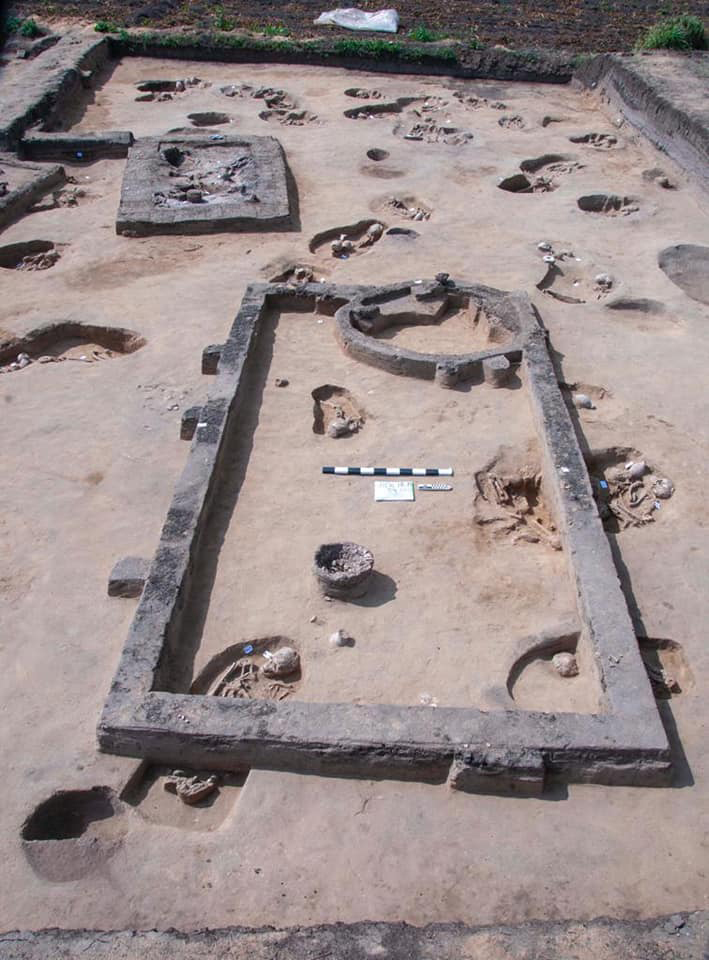 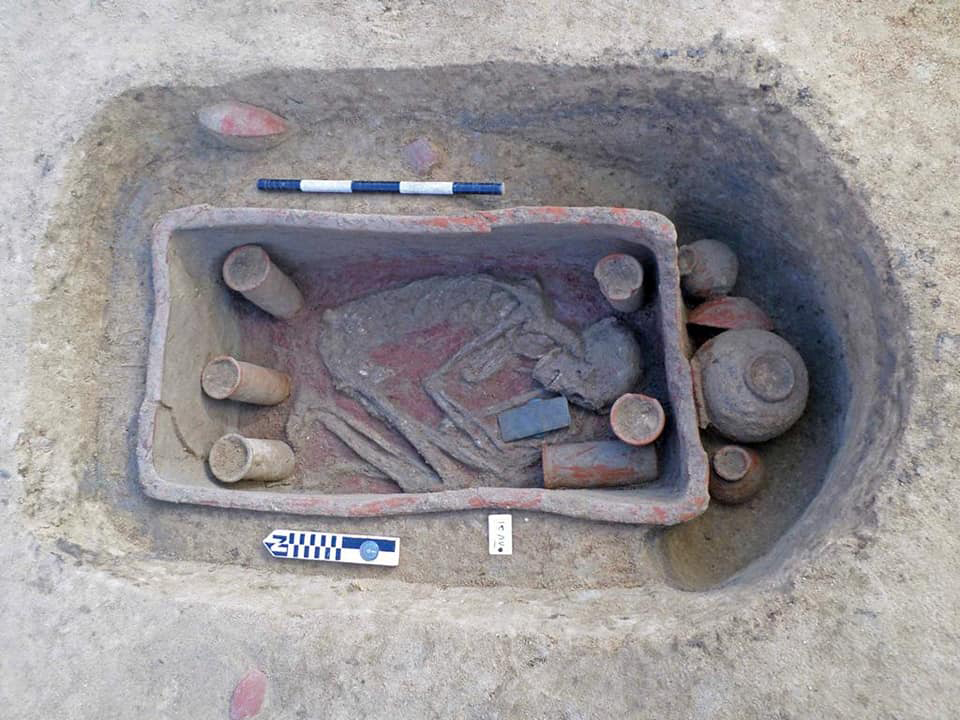 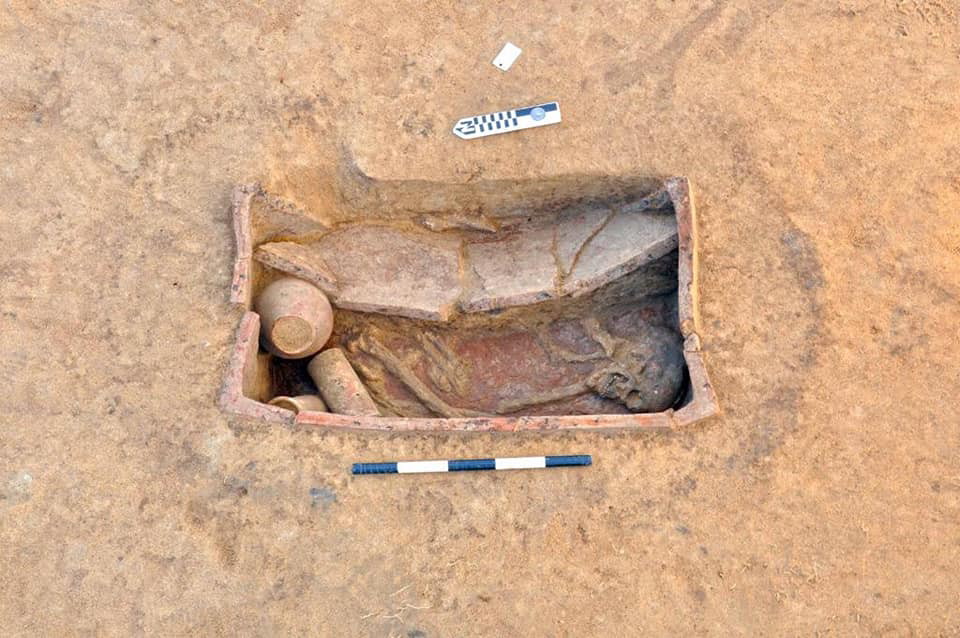 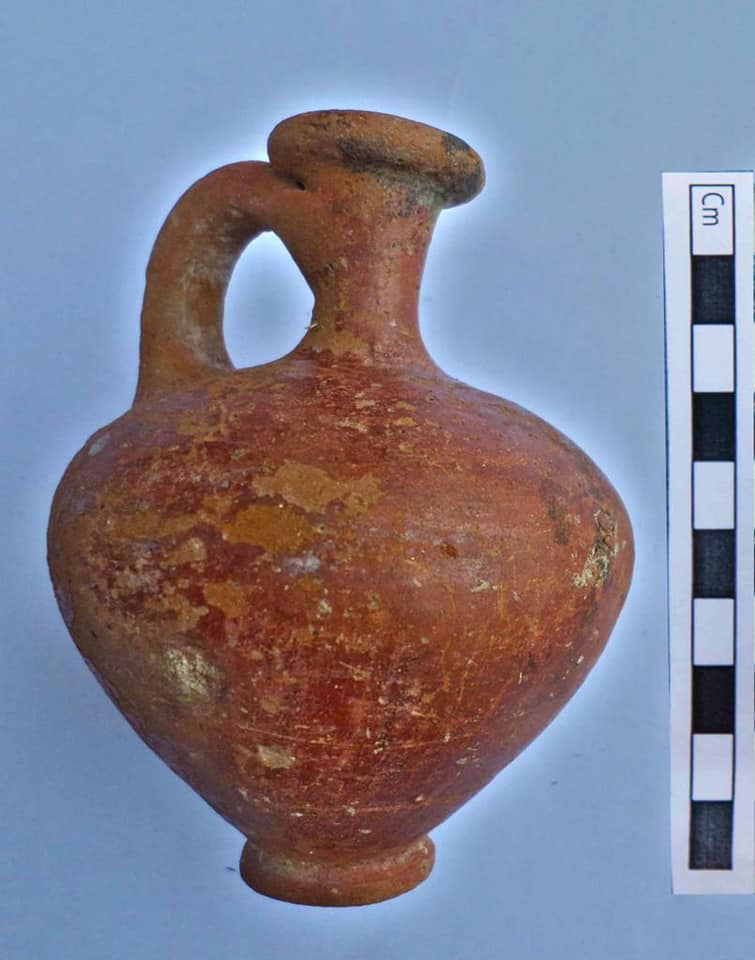 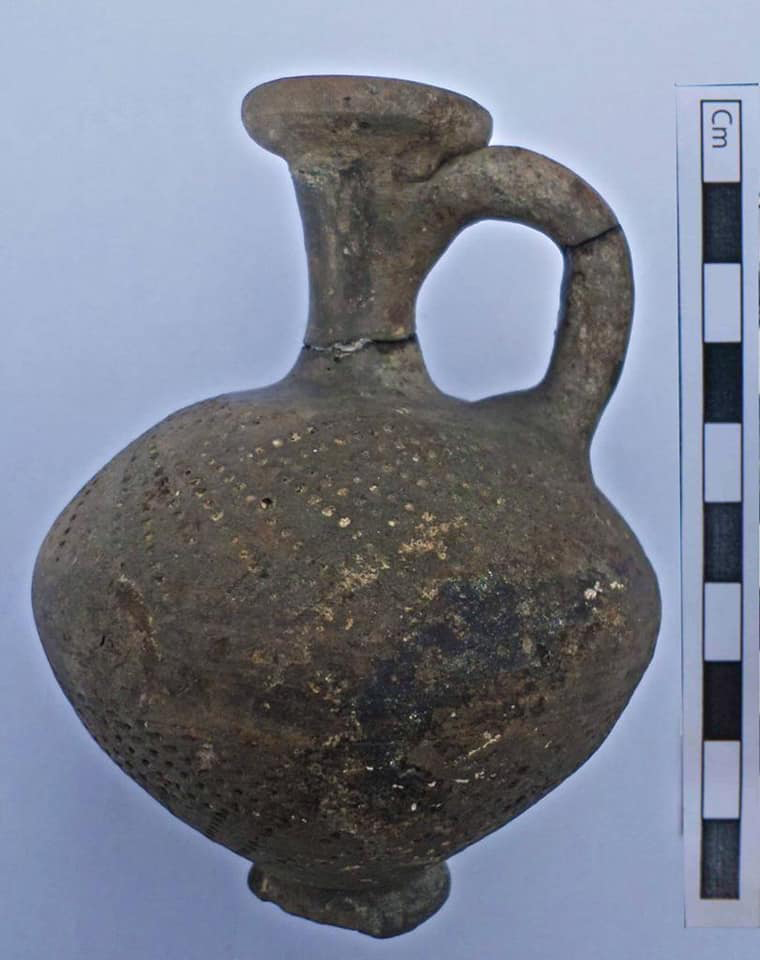 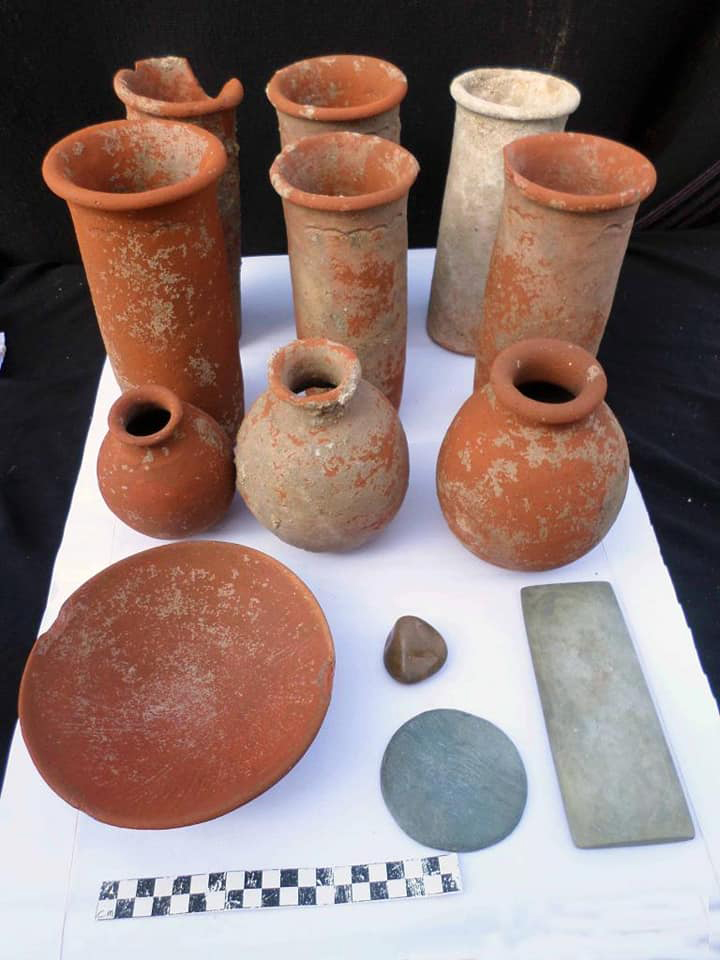 Rich archaeological finds from Dakaliya have been announced

The Egyptian archaeological mission of the Supreme Council of Antiquities has uncovered 83 graves preceding the Pharaonic era during archaeological excavations in Umm El-Khelgan, Dakaliya Governorate.

Dr. Mustafa Waziri, Secretary-General of the Supreme Council of Antiquities, said that eighty (80) out of the 83 prehistoric tombs date back to the first half of the 4th millennium BC and are ascribed to the so-called culture of Buto or Lower Egypt. These tombs are shaped as oval pits cut in the sandy soil, and they contain burials of people in a squatting position within clay coffins alongside funerary furniture.

The find adds to the site’s history as it clearly indicates that settlement at Umm El-Khelgan was intense during the Naqada III period as well as the Buto period. Future research is expected to reveal more such examples of graves containing clay coffins. Dr. Ayman Ashmawi, head of the Egyptian Antiquities Sector at the Supreme Council of Antiquities, said that among the funerary furniture that were found was a group of small hand-made pottery vessels, in addition to one or two seashells.

Three of the tombs date back to the Naqada III era. These tombs also contained clay coffins and burials in a squatting position. The deceased were surrounded by funerary furniture consisting of pottery vessels in various shapes, which are typical of this period of time. The mission also found two kohl pots, one of which is of rectangular shape and the other of a circular shape, and a small stone palette also used for makeup; a bowl in the form of tilapia fish was also uncovered. This is the first time that clay coffins dating back to the Naqada III period have been uncovered in a Dakaliya Governorate site, after the ones previously found by the Polish mission in Tell El Farkha.

Mr. Fathi Al-Talhawi, head of the mission and director general of the Dakaliya Antiquities, added that the mission also uncovered archaeological remains dating to the Second Intermediate Period (the Hyksos period). These include ovens and stoves, parts of the foundations of mud-brick buildings, and four mud-brick tombs containing the burial of a small child and three adults. In addition to pottery and stone utensils the finds from these tombs included amulets and ornaments of semi-precious stones and gold.

NOTES
1. Ministry of Tourim and Antiquities