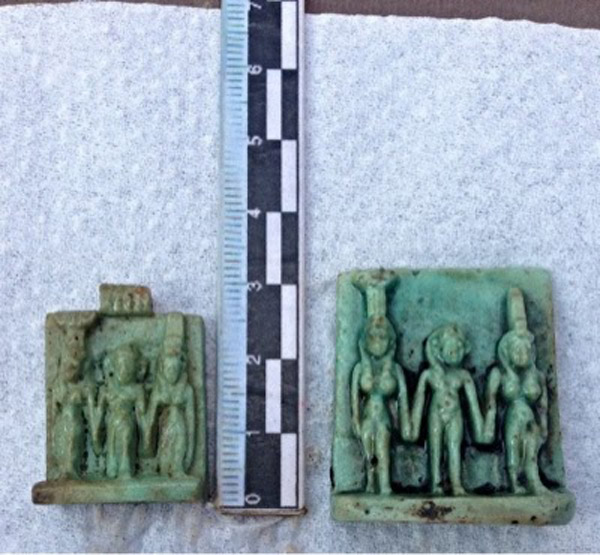 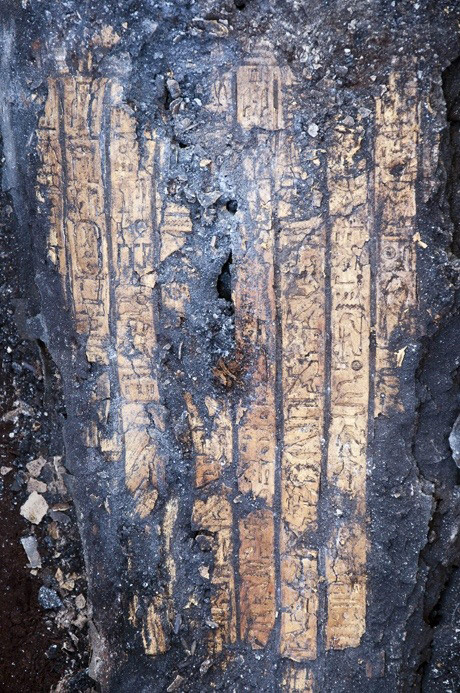 Additional finds revealed over the weekend in Tel Tabla, in Dakaliya, Lower Egypt,  provide evidence that the site might have housed a pharaoh, archaeologists say.

Last week, the site of Tel Tabla made headlines when Egyptian archaeologists excavating the area revealed a richly adorned burial of a woman within a shaft hewn inside a mastaba tomb of Late Period date. Still, today, the MSA, through the Minister Mohamed Ibrahim, announced that over the weekend the mission excavating the mastaba found two limestone tombs and three more skeletons underneath the sarcophagus they found last week.

According to the MSA report, the limestone tombs were shaped like sarcophagoi and were covered with slabs of limenstone. As the report states, in the first tomb, a mummy was found covered with a gold plated cartonnage and inscriptions in hieroglyphics including a cartouche of King “Wah Ib Re” -Psamtik I of 26th Dynasty. The mummy is in a bad state as a result of the high humidity. A wooden chest was also found containing 300 faience Ushabtis and amulets including one resembling an Alba bird (white wagtail bird). In the second tomb, also a wooden chest was found containing 286 Ushabtis and the remains of internal wrapped body parts.

As for the skeletons, one of them was accompanied by 14 amulets representing Amun, Horus and Nephthys. Another was found alongside 29 amulets while a third one was accompanied by 12 amulets including several shaped as Udjat eye, Djed pillar and scarab.

Excavations at the site keep going so that the team will be able to make more secure interpretations on the finds in due course.